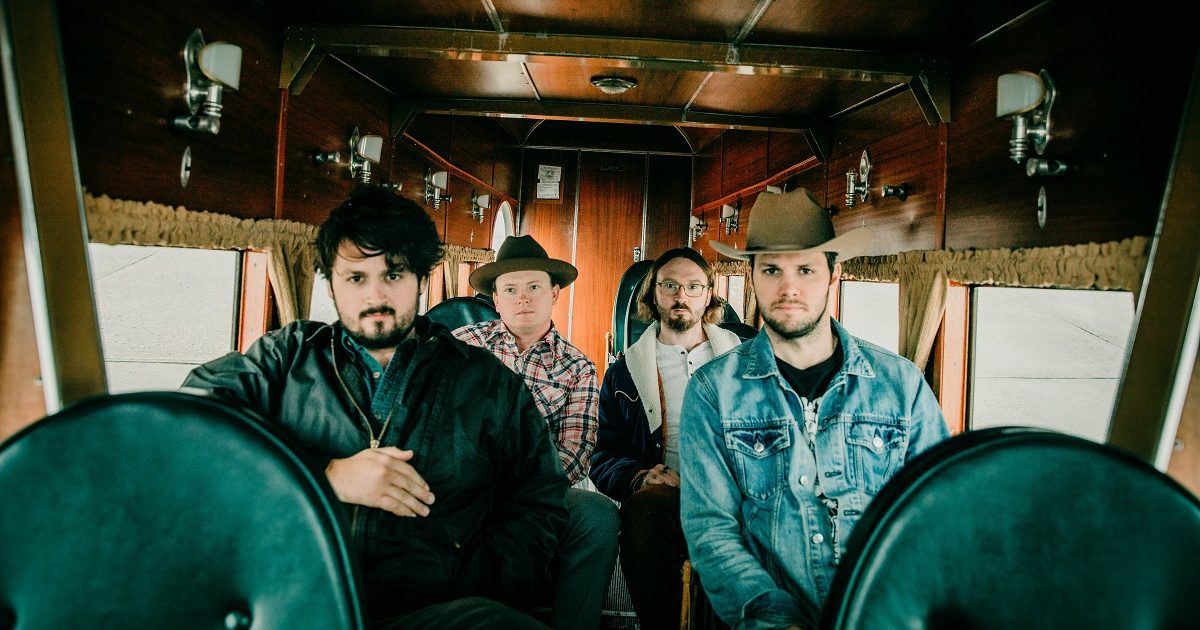 I fish and kayak a lot, both here in Kentucky and elsewhere. Fishing and the time spent with friends doing so has certainly inspired me to write. Sometimes being outside and on the water helps me clear my mind for creativity, and sometimes the inspiration is more direct. “Mudfish Momma” is inspired by one of my favorite places to fish in Florida. Mudfish are also known as bowfin and are toothy creatures that often cut your line with their teeth, leaving you wondering if it was the one that got away or just another mudfish. My friend Ray Smith and I wrote the song together, and after telling Ray about this cool fishing spot and the mudfish that sometimes come to visit, he came up with the idea to make the Mudfish Momma a swampy Florida version of a mermaid. — CJ Cain

What is your favorite memory of being on stage?

Probably the first time I was ever on a “stage.” I had been playing mandolin for a couple of months and was really starting to get into it. A family friend called my mom to tell her that there was a fall bluegrass festival in a little rural community about 20 miles from where we lived. My mom took me and my brother to the park/fire station in Letona, Arkansas, where there was a flatbed gooseneck trailer set up with a bunch of what I’d assume were Shure SM57s (the international microphone of bluegrass). There was an open mic style jam and a group of pickers we had just met invited us to come up and play some tunes with them. That was the first time I’d ever heard myself back through a microphone and monitors and it was enough to get me hooked. That memory still stands out very vividly. — Harry Clark

What other art forms influence your music

I’m a huge fan of movies, and have been as long as I can remember. I love movies for the same reasons that everyone loves movies; it’s the thrill of being taken to another place and living a life other than our own for a brief moment, and perhaps returning to reality with some new perspective, knowledge, empathy, etc. I think a great song or composition can do that, too. When I write a song or instrumental piece, I want it to take the listener to another place, in a similar way that a movie would. Sometimes when I’m stuck writing a song or composition, I try to imagine a scene in a movie that might go along with the piece I’m writing. It usually helps to spark new ideas and make the music more evocative. Both “Virgil’s Prayer” and “Madison Chimes” came from this approach. I wrote “Virgil” one night after watching a few episodes of the Netflix show Ozark. The somber cinematography and dark subject matter were fresh in my mind and that song just kind of appeared as a result. I wrote “Madison Chimes” while driving around on a dark and spooky summer night in Madison, Tennessee, and that tune is basically just the soundtrack I imagined for that evening. — George Guthrie

I have been fortunate to spend a good deal of time around my friend Tyler Childers, and have learned a great deal from him. He never said this directly but I have learned from writing with him and listening to his songs — that you not only can, but you should write about the people you have in your life that are inspiring to you. Their life story or simple daily life circumstances can make for wonderful storytelling songs. You can invoke a philosophy or thought through those stories in a more effective way than just spewing out lyrics that sound like you got something figured out. A good example of one of Tyler’s songs that does this is “Matthew,” a song about his brother-in-law and friend, and one that informed my creativity when I wrote “Flyin’ High.” — CJ Cain

One of my favorites is Del McCoury. I’ve been listening to him and his band since I was an adolescent learning about bluegrass. Del keeps his core sound rooted in traditional bluegrass with both his vocal style and band dynamics while having the ability to reach new audiences with songs that aren’t inside the box of traditional bluegrass. A few examples of this are Tom Petty’s “Love Is a Long Road,” Robert Cray’s “Smoking Gun,” or the Richard Thompson ballad “1952 Vincent Black Lightning.” All three songs are from very different artists with contrasting styles. This has given Del different reaches in the music world and why it’s not uncommon to go to a Del McCoury Band show and see an audience of diehard traditionalists standing next to deadheads. His ability to bridge that gap between fans is outstanding. — Harry Clark