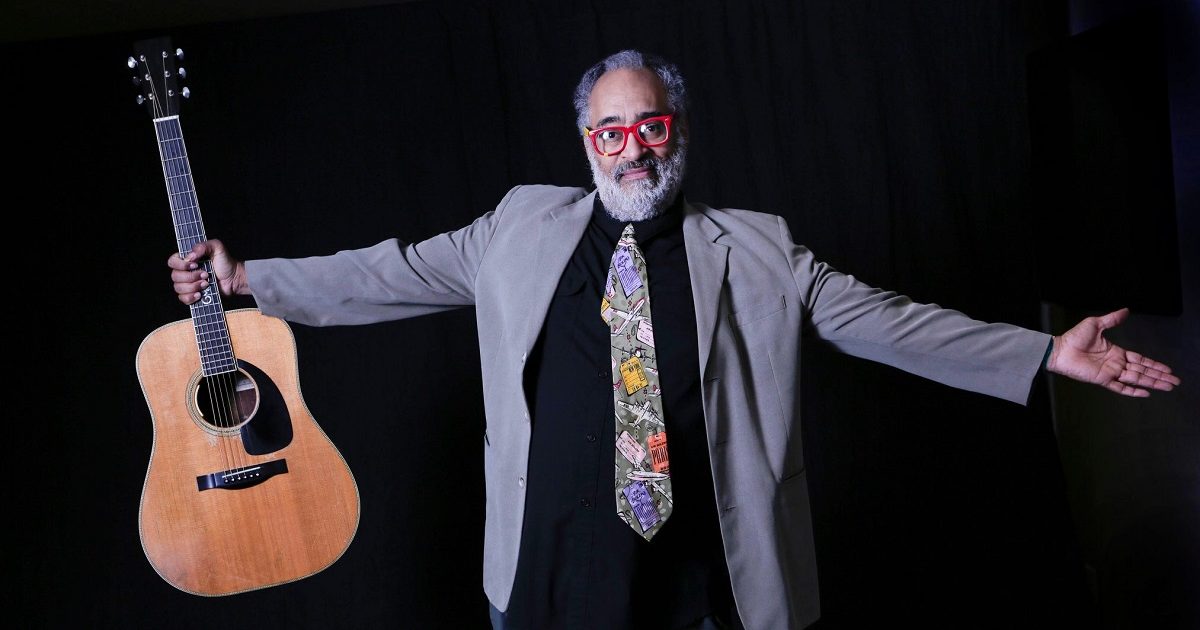 I see much of my songwriting as writing a great script for a movie. I’m most often intent on telling a story and making it as visual as I can muster. However, literature plays a great role too, as word usage and wordplay get the tongue’s mind involved. I remember reading Louis de Bernières’ Corelli’s Mandolin, and wanting to sing the whole thing when I was done, like some slightly overweight Black Homer.

My freshman year, while I was at Connecticut College in New London, Connecticut, a crew of us piled into a classmate’s yellow tonneau-topped Pontiac Sunbird and drove the 2 hours to Boston. We parked at another classmate’s house and took the MTA into town. At one of the stops on the “Red Line,” there was a guy playing jazz standards on a vibraphone, and I simply don’t remember the rest of my stay there (save for the lo mein in Chinatown). From that moment on, I wanted to be in Boston playing music.

That would be writing “The Day Before November,” the closing piece to my new album, Good Good Man. OK, you asked — the tough part was fear. I had a storyline in mind, like a Rod Serling sci-fi movie about a neighborhood “spooky-old-man-in-that-house” and a loving prank a small, parentally-abused little boy plays on him at the urging of his group of friends. It has ended up as a spoken word piece, but I was afraid to even begin the thing for fear of screwing it up. Isn’t that something? To not even begin to create something for fear of doing it badly? The storybones of the piece existed in notebook after notebook and in my head for about 12 years. Yes, 12 years. Once I rolled it out in some kind of pentameter it took about 2 weeks to write and 2 1/2 months to memorize.

My poor dogs. Memorization repeats happened during late evening walks in the fall of 2016. Now that I think of it, neighborhood windows were open — maybe I should be apologizing to some neighbors too…

Never mind the calendar. Things happen when they happen. If it takes 40+ years to figure out how to sing with nuance instead of bluster, write to tell the story rather than to just spit out alliteration, and to stop comparing myself to others that seem to have the whole package together at 23 years old, then that’s how long it takes.

It would most certainly be chicken wings with some sort of awesome sauce/rub, a root beer, sweet potato fries with just a little heat, and Richard Thompson just hanging out and playing tunes at the table. I’d even share my wings with him. Do you know how far out of my zone that would be? Particularly the sharing the wings part? NO ONE, not even Richard Thompson, better reach across that plate uninvited. NO ONE. …What fool would do that to a brother anyway?