Blitzen Trapper Head All Across This Land 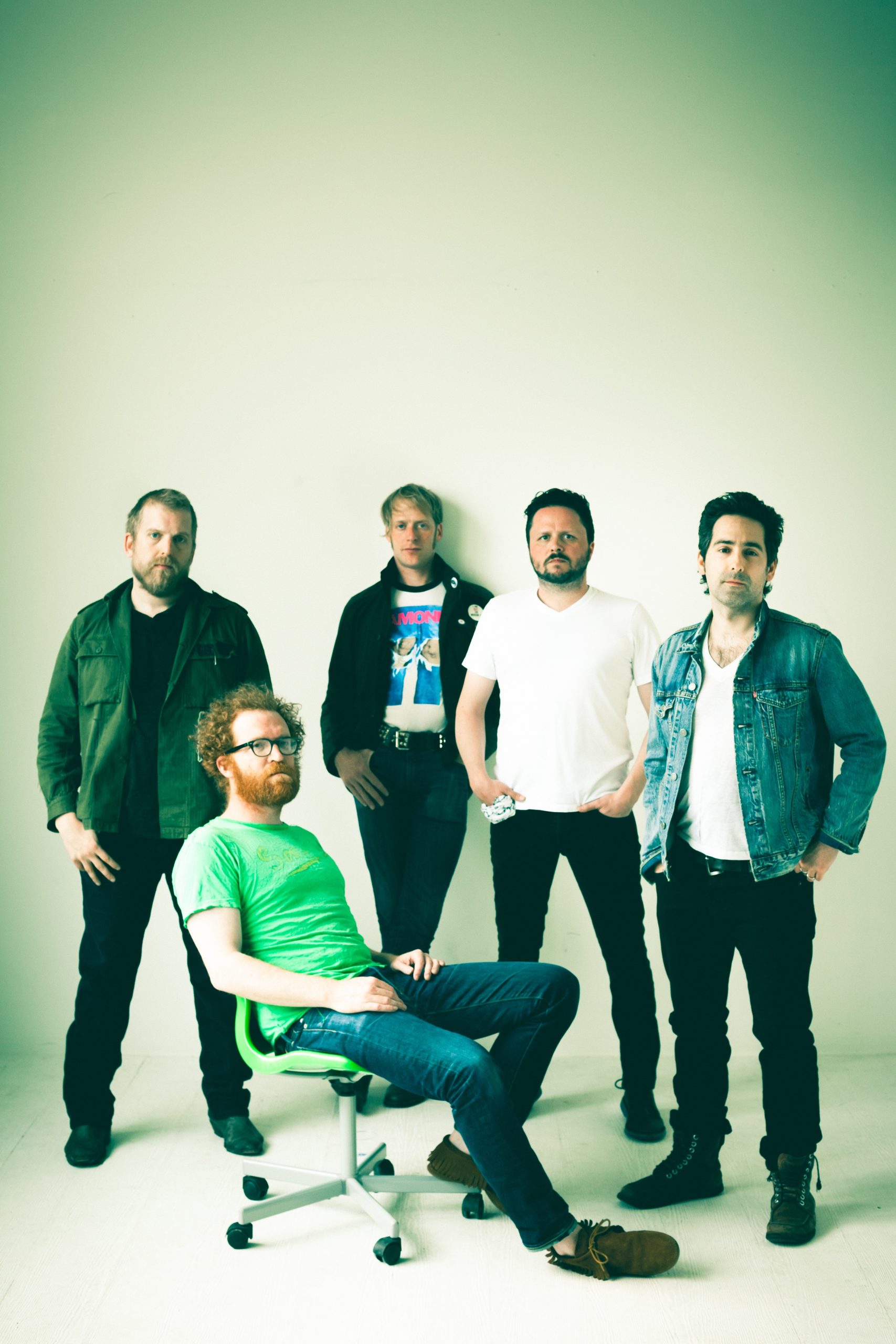 Since they came on the scene 15 years ago, Blitzen Trapper have made music that blends country and folk ideas with an arena rock attitude. Their newest album, All Across This Land, cuts a broad musical swath through American music, from Springsteen's Jersey to Michael Stanley's Midwest (with even a bit of Jolly Old England in the mix, too).

You and the band are on road as we speak, right? Somewhere between Austin and Alabama?

Is it still fun being on the road?

Yeah, the shows are fun.

I guess you could say you’re all across this land to promote All Across This Land. [Laughs]

Did some of these songs get worked out on the road before they were recorded?

No, no. I wrote them all during a spell when we weren’t touring at all. I’m always trying to write songs, here and there. This is just the kind of group that I came up with, I liked, and they all kind of went together. It just kind of seemed like a record.

Are there bands that have influenced you over the years that were in the back of your mind when you were writing the songs?

I guess I wanted to give more of a kind of classic Americana approach. Older Americana, like Springsteen and Neil Young. Just kind of that eclectic guitar, rock, folk mixture.

“Let the Cards Fall” reminds me of Wilco. Tell me how that song came about.

That one is sort of hard to remember, honestly. I think I had the chorus first. That one has a very personal creative ethos to it. The chorus is kind of just me talking, you know? The verses are images from Oregon — all the wildness. The whole song just kind of came one day.

That one has images of Oregon, but it feels like you’re headed down the road somewhere in this lush, green part of Tennessee or something. That’s the way it sounds to me.

Lyrically, that whole first verse is about a forest fire coming your way.

I love the guitar and vocal textures in “Mystery and Wonder.” Tell me about that one, from a recording standpoint. How was it put together?

That one was initially acoustic guitar, bass, and drums. Then we layered on other guitars. The guitars in that one are pretty ambient. It’s straightforward, as far as that goes. There are keyboards and piano that comes in here and there. It wanted it to sound really lush and full.

I think the whole second side of the record has that sort of feel to it. The first side has got some nice textures; it kind of teases you. The second side gets real big and wall-of-sound-ish. “Nights Were Made for Love” reminds me of listening to the radio when I was a kid. Kid Leo on WMMS used to play Michael Stanley all the time, it kind of reminds me of that sort of thing.

The title cut has a glam-rock-ish edge to it. It reminds me a little bit of Edgar Winter during the 1970s, when he was really, really popular. [Laughs] How does that sound to you?

That one is more Thin Lizzy.

The guitar on it, yeah. The riffs and guitar on that are pretty great. I think that Joe Walsh was a big influence on that one.

Well, if you put Thin Lizzy and Joe Walsh together, you kind of have Edgar Winter. [Laughs]

At least when he was doing “Frankenstein” and when he was a popular artist, as opposed to when he was doing “Tobacco Road” and [Edgar Winter’s] White Trash and all that sort of business. Which songs, of the new ones, are the most fun to play on the road right now and why?

I think “Cadillac Road” and “Love Grow Cold” are pretty great live. And “Nights Were Made for Love,” those three are probably my favorites to play live.

Are you working in a lot of the older stuff with the newer stuff?

Well, you’re coming to Portland at the end of November. Is that kind of a homecoming show for you?

Yeah, that’s the last show of the tour.

Are you going to go back out in the Spring and hit up other parts of the country?

Yeah, I think we’re going overseas in the Spring. We might do some smaller market stuff in the Spring, as well.