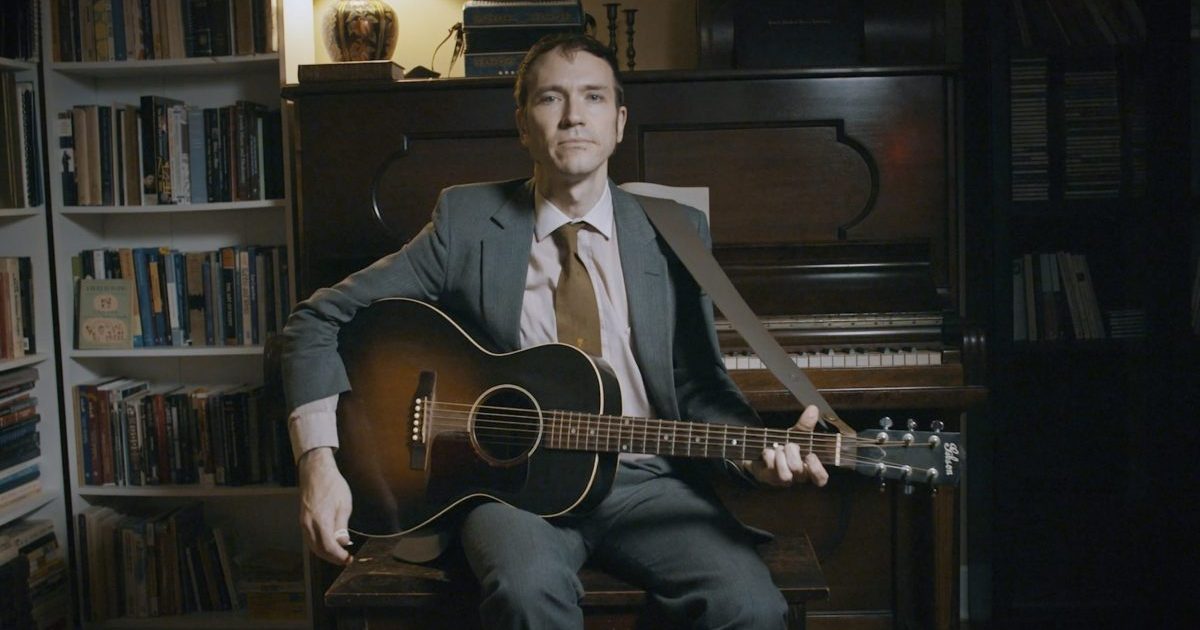 Lamenting a lack of quality Chanukah music has become nearly as much a part of the Jewish winter holiday season as latkes, the delicious potato pancakes served with apple sauce and sour cream.

So excuse us if the arrival of A Great Miracle, Jeremiah Lockwood’s new album of instrumental acoustic guitar performances of Chanukah music, seems if not exactly miraculous, then certainly something holding many marvels: A John Fahey-esque fantasia on the blessing for the lighting of the menorah? The children’s song for the spinning of the dreydl delivered as a Piedmont-style rag? And influences going from Bessarabia to Brooklyn to Bamako?

One question looms, though: What took so long?

“I know!” says Lockwood, a Brooklyn-based musician who has long explored and created crossroads of Jewish music and other traditions. “It seems like it’s so obvious, especially given the role of musicians with Jewish heritage in Americana and the folk revival — especially guitarists. I think there’s a reticence around embracing that aspect of one’s heritage, or that musicians who go that route jump all the way in. For me, it’s the question of ‘How can we articulate multiple faces at the same time and be true to different aspects of oneself?’”

Arguably that has been the quest driving Lockwood’s career, whether mixing Jewish themes with rock and experimental jazz in his band the Sway Machinery, as guitarist in the global mélange Balkan Beat Box, or in his arresting Book of J collaboration with radical artist Jewlia Eisenberg, who died in March.

It’s something he’s also pursued in a parallel academic career. In 2020 he earned a doctorate from Stanford in education and Jewish studies, his thesis revolving around young Jewish cantors influenced by seemingly anachronistic cantorial styles of the early 20th century. He’s now at work on a full book on that topic and has produced an album featuring the young cantors. Currently he’s a research fellow at UCLA School of Music’s Lowell Milken Center for Music of the American Jewish Experience.

This album, released by the Jewish culture endeavor Reboot, is the real fulfillment of all of that. In particular, the collection braids together the foundational impact of the two key mentors of his youth: His grandfather, famed cantor Jacob Konigsberg, and the blues guitarist known as Carolina Slim (a.k.a. Elijah Stanley), a master of Piedmont-style fingerpicking. A Great Miracle is the album Lockwood was born to make.

“For sure,” he says with an enthusiastic laugh. “I mean, on a quite literal level.”

To a great extent, A Great Miracle is modeled on the 1968 re-envisioning of Christmas music, The New Possibility: John Fahey’s Guitar Soli Christmas Album. The Fahey album came into Lockwood’s life as the seasonal go-to for his mother-in-law at family gatherings, his first contact with the musician’s influential and extensive catalog.

“They listened to that every year,” he says. “They were an Irish family that was no longer Catholic. For them the Christmas holiday was a lot about these songs and this particular record, the way he synthesizes the ‘60s perspective on spirituality and religious music, some kind of American concepts related to Easter religions, kind of revering this kind of austerity and sweetness.”

“That’s what spoke to me,” he says. “And his style is so similar to the kind of fingerpicking that I do, that it was very easy for me to learn those pieces. Over the years I just kind of picked them up. I’d play the record [on guitar] instead of turning on the stereo. And then I started doing a similar stylistic approach to playing Chanukah pieces.”

Fahey’s array of hymns and carols was in many ways a rejection of the commercialization of Christmas, though ironically A New Possibility gave him by far the biggest seller of his catalog. Lockwood’s album also, in its own way, involves reckoning and reconciling with the distinctly American Jewish celebration of Chanukah.

“This record kind of goes in two directions,” he says. “One is that it’s about trying to find a foothold in which to participate in the beautiful thing which is Christmas, and also its kind of goofiness. It’s kind of the most commercial experience possible. But it’s our culture just as much as anybody else’s, because we’re American.”

That Christmas Envy is experienced by many American Jews and has shaped the occasion’s profile. Through the ages Chanukah was a minor holiday, only in recent times elevated in importance, largely due to its calendrical proximity to Christmas and a desire to have a comparable celebration for Jewish children. But for Lockwood there is a personal layer.

“The other direction is my usual concerns about my family and the musical legacy from my grandfather, growing up in a cantorial family and what the Chanukah celebration was for us,” he says. “So I have a couple of the intense cantorial pieces I did transcriptions of. And then also it’s playful. There are a lot of kids’ songs and this, in a way, is almost a children’s album.”

The Fahey-inspired modalism of “Al Hanisim” is based on something he learned from his grandfather.

“I think he learned if from Samuel Malavsky, a great cantor who had a family choir with his daughters,” he says. “It has a similar vibe to my family. I love them and apparently my grandfather did too, although he didn’t talk about where he learned things from all the time.”

A second take on “Al Hanisim” references a version by Izhar Cohen, an Israeli pop star of the 1970s.

“This song is sung by American Jews, very commonly,” he says. “Also this has an older story. It’s from the pre-state Palestine, part of the early Zionist push to create Israeli music, create something that represented the identity of the new state. I’m not coming from a Zionist perspective, but that music is part of American Jewish culture. These are the songs that the family sang every year for Hanukkah. The ones that are more American mainstream are the ones that are from Israel, actually, which is ironic. Those were coming from my uncle who was the cantor in a suburban, conservative synagogue.”

“The guitar sound is a little bit like Doc Watson,” he says. “He has this thing in his pieces where he’s playing kind of in a Travis-picking style, or it might be like ‘Windy and Warm,’ this classic Doc Watson fingerpicking piece.”

Then there are the two odes to the dreydl. First is the rag version of the children’s song “Little Dreydl,” done in the syncopated-gospel style of blues great Reverend Gary Davis. The other, “Dre Dreydl,” opens up a great wealth of the history of American Judaism to which Lockwood is so connected. His version interprets a recording by Moishe Oysher, who was born in Bessarabia (now Moldova) and became a major figure in New York.

“He was a great cantor, a star of Yiddish theater, and one of the great pop stars of Jewish music in the 1940s and ‘50s,” he says. “The mainstream narrative about Jewish American music is that it went into decline or hibernation in the post-Holocaust period. But that’s not completely true. Stars of Yiddish theater were working in the Borscht Belt circuit and making movies. Moishe was in a bunch of movies, and the Oysher family was very important. His sister Fraydele Oysher was also an amazing singer and sang cantorial music. The Oyshers push the story in a different direction about Jewish American music.”

With the two songs that draw on West African influences, Lockwood continues explorations he’s made with the Sway Machinery, which even played at the famed Festival au désert near Timbuktu. On “Mi Yemalel,” his playing pays tribute to the lyricism of the late Malian guitarist Ali Farka Touré. The album’s closer, the familiar sing-along “Chanukah oy Chanukah,” incorporates inspiration from another Malian guitar great, Boubacar Traoré, connecting Lockwood to the emotional core of this project.

“He’s the master of pathos,” he says. “That isn’t a song we associate with that, but it is for me, maybe because it’s the nostalgia of this kind of childhood world that has gone. My grandparents are gone and the source of the wealth that I think of as being Jewish music, where I’m drawing from now, I have to create it myself. And that’s a very sad thing.”

And what would his grandfather, who died in 2007, think of these recordings?

“He appreciated the things I did,” Lockwood says. “But he wasn’t going to change his musical interests to accommodate anybody else. I don’t want to say he wouldn’t like it. But basically he listened to European classical music, opera, art music. And he listened to cantorial music.”

Regardless, Lockwood hopes that he has created something in A Great Miracle to take a place in modern Hanukkah tradition the way Fahey’s album has for Christmas.

“I’m not expecting a hit record off of this or anything,” Lockwood says. “But on the other hand, it’s the kind of record that’s functional, right? It’s made for people to be able to listen to in a very specific context and hopefully it will become a thing that people can turn back to, you know, every year.”