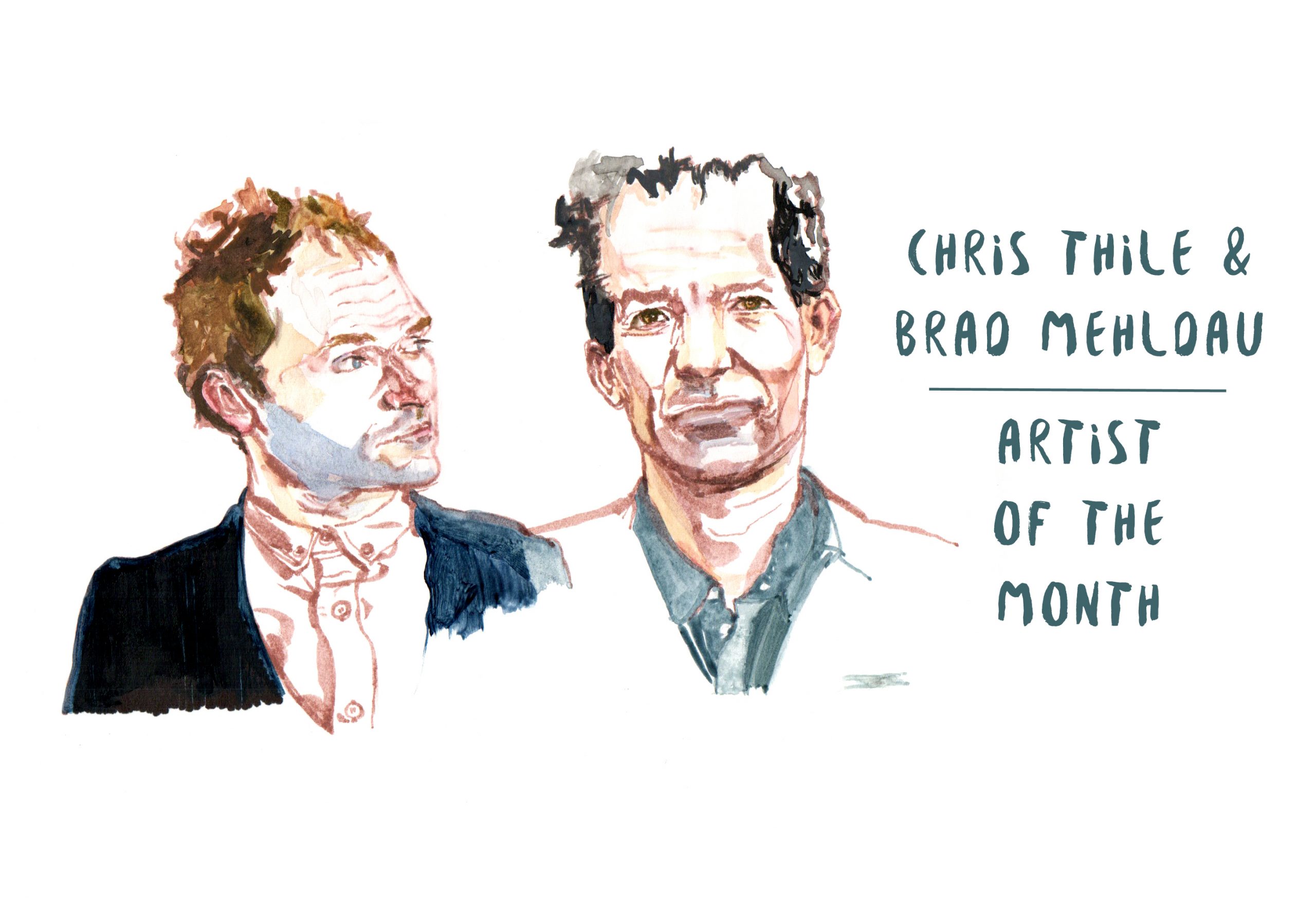 The repertoire for mandolin and piano isn’t exactly teeming with arrangements. Compared to other duets, those two specific instruments haven’t conversed with one another as often, but consider that dearth a starting point from which anyone daring enough can create their own dialogue. Mandolinist Chris Thile and pianist Brad Mehldau, virtuosos in their own right, have concocted just such a conversation — by way of original composition and cover, alike — on their first duo debut album, Chris Thile & Brad Mehldau.

The pair first experimented with what they could “say” when they performed a handful of live shows together in 2011 and briefly toured later in 2013. But getting to the studio would take some time. Thile sums up the reason in one word. “Schedules,” he admits, with a sharp chuckle. “We both have pretty voracious appetites for musical projects, and we both love to perform. The little touring things that we had were always coming in the cracks of other projects.” Those projects ranged from Thile’s role in progressive bluegrass band Punch Brothers to Mehldau’s eponymous trio, as well as a whole host of solo, duo, and collaborative projects in between.

The two stay busy, to put it mildly.

Thanks to their respective projects, Thile and Mehldau have learned the art of accommodation, but embarking on this particular album required a novel approach. “I felt like Chris and I were orchestrating for each other a lot,” Mehldau says. “We were finding the right ‘instrument’ to play for each other. Sometimes Chris gave me a drum part during my piano solos, sometimes I gave him low cellos during his. That orchestrating is a big part of the fun of the project.” Beyond that, Thile and Mehldau needed to find a balance between airy mandolin and weighty piano. Mandolin lacks dynamic range. It excels at being soft — Thile compares all the ways it can “whisper” to the myth about the Inuit’s many words for “snow” — but other instruments tend to sacrifice their own clarity to make way for it. “The challenge for me was to not drown out Chris with the piano, because the instrument is simply louder and bigger,” Mehldau explains. “I really enjoyed that challenge, though.” Thile credits Mehldau’s ear with helping the two instruments find a shared space. “He’s such a sensitive listener,” he says. “He immediately intuits the potential issues.” 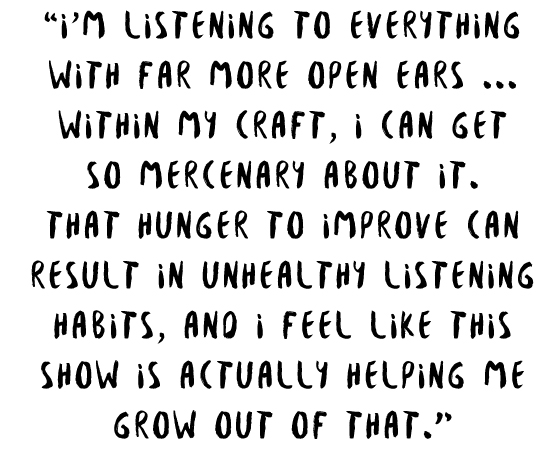 Listening, as an exercise, has shifted for Thile ever since he took over hosting A Prairie Home Companion. “I feel like my ears have grown four or five sizes,” he says about his new gig. “I’m listening to everything with far more open ears. I’ve often listened to music like, ‘What can this do for me and my musicianship?’ as opposed to listening for pure joy. But joy is improving. Within my craft, I can get so mercenary about it. That hunger to improve can result in unhealthy listening habits, and I feel like this show is actually helping me grow out of that.”

As critical as Thile may be about his listening habits, he has always heard outside the box. It’s a connection he shares with Mehldau. Both men have covered artists seemingly antithetical to their styles, such as Beyoncé or Nirvana but, in that kind of play, they’ve forged edifying creative spaces, and the same is true on Chris Thile & Brad Mehldau. The 11-track album features an array of covers. There’s Gillian Welch’s “Scarlet Town,” Bob Dylan’s “Don’t Think Twice It’s Alright,” the 17th-century Irish tune “Tabhair dom do Lámh,” and more. “I think the reason why it worked so well was because of the common musical ground Chris and I share,” Mehldau says. “Roots rock, Bach, Radiohead … a whole bunch of stuff.” In short, there’s a level of fanboy about the album.

Thile and Mehldau went back and forth trading favorite songs, some familiar and some not. Thile says, “He and I have operated that way for a long time, as individuals, whether it’s something we’re listening to because we love music and hope that this thing we’re listening to seeps into the stuff we’re creating on our own, or whether it ends up as a performance piece or something we record.”

One particular track shows off the imaginative possibilities inherent in piano and mandolin, or at least when Thile and Mehldau play them. It’s a striking seven-minute cover of the jazz standard “I Cover the Waterfront.” Mehldau takes over the song from Thile’s anxious mandolin shortly after the 1:30 mark, at which point Thile concentrates on singing. What results is one of his most diaphanous vocals thus far. “I really enjoyed it because I had all this time to listen,” he says about the song’s extended phrases. “So then it was like an out of body experience for me. When I would start singing, I didn’t feel like I was singing, I felt like I was listening to myself sing.”

If there’s a parallel to Billie Holiday’s infamous version, it’s because she influenced Thile. “It’s so mournful and beautiful and delicate but strong,” he says. Thile captures those qualities in bits and pieces, but puts his own hurt on the track, as well. Mehldau says, “I think it’s a double challenge for Chris when we think about the possibility of a cover. Sometimes with vocals, the original performance is so iconic, it’s not immediately clear what more there is to do. I was just thrilled by what Chris did with all the covers that he sang on — he got to the heart of what was great about the song in the first place, lyric included, but also just completely made it his own, in this very easy-going manner, like he wrote the tune himself.” Thile, for his part, admires what Mehldau accomplished on “I Cover the Waterfront,” calling it a “masterpiece of a solo.” 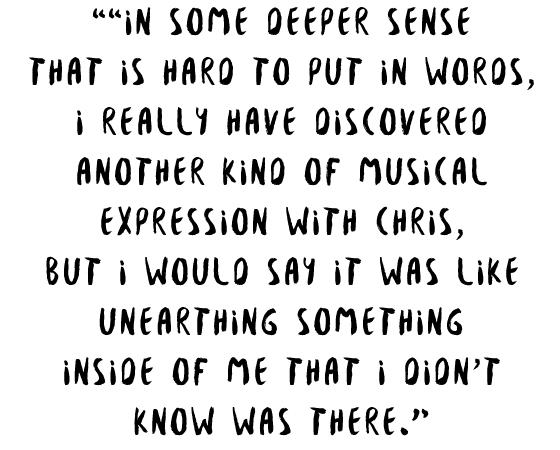 As much as Mehldau brings a jazz and classical sensibility to the album, playing with Thile revealed a new quality to his own style. “In some deeper sense that is hard to put in words, I really have discovered another kind of musical expression with Chris, but I would say it was like unearthing something inside of me that I didn’t know was there,” he says. “It’s definitely not the jazz guy from New York; it’s the hillbilly who was born in Jacksonville.”

Aside from covers, Thile and Mehldau include a handful of original compositions on their debut, like “Noise Machine,” a song about a restless infant and sleep loss. Thile wrote the song to his son Calvin, but it ends up taking on the form of an ode indirectly addressed to his wife, actress Claire Coffee. “Whatever I go through pales in comparison to what she goes through, and she has a full-time job,” he explains. “I’m doing what I can, but I travel and he needs her because he’s still nursing.” The song oscillates between explaining sleep’s incredible fun to Calvin and making sure he knows just how lucky he is to have the mother he does. “So I sing just above the noise machine. Your mother is a hero,” Thile sings on the chorus, extending his delivery while Mehldau dances around him on piano. In the lyrics’ nuanced construction, Thile hit his intended mark — a way to praise Coffee for all she does — without becoming overly saccharine about it. “I’m amazed at my wife and won’t hesitate to praise her, but a song where I’m like, ‘Baby you’re great,’ doesn’t feel like the right approach in this case,” he says. As for sleep, that’s still hard to come by in their house. “I wrote that song over a year ago now and I thought for sure it would only be relevant to me for a little while, but, no, it’s still very relevant,” he says.

Chris Thile & Brad Mehldau is, at turns, compelling, curious, and playful. The two create soothing music together because they bring such care and consideration for one another to the recording process. Each track contains a deep breath, of sorts — one that comes from Mehldau’s jazz approach and Thile’s bluegrass-tinged response. But Thile knows the real secret to the album’s success. It’s not a matter of experimentation or improvisation or the sheer gumption of taking two instruments and exploring the conversation that results. “The secret is for the piano player to be Brad Mehldau, and then it works real well,” he says with a laugh.

Tim O'Brien Recalls the Origins of Hot Rize... and That Other Band (Part 2 of 2)

Artist of the MonthJul 13
Tim O’Brien Sings of American Life, Then and Now, on 'He Walked On' (Part 1 of 2) 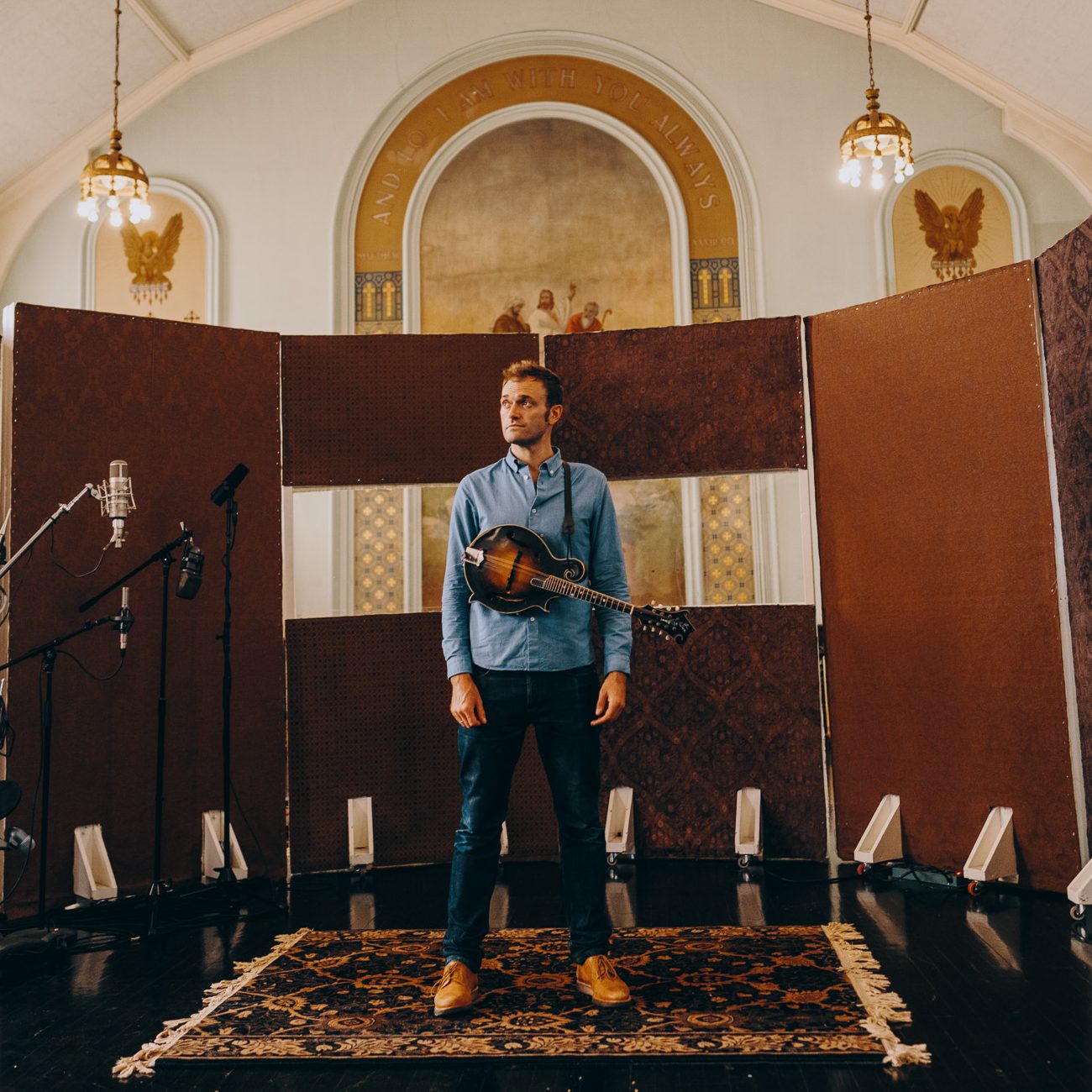