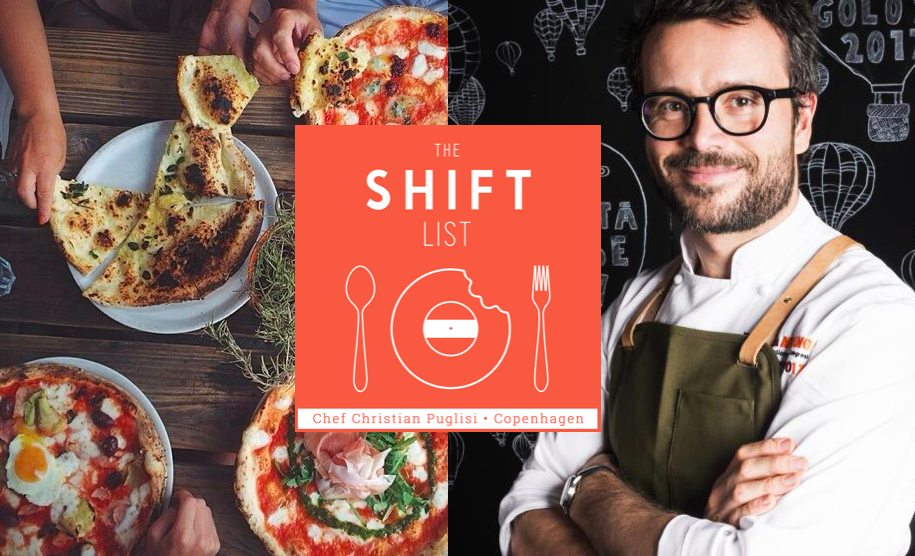 When Chef Christian Puglisi opened Copenhagen’s restaurant Relæ in 2010, his first as head chef, it was quickly awarded a Michelin star and became known as one of the most sustainable restaurants in the world.

He’s since gone on to open three more restaurants in Copenhagen – Manfred’s, Mirabelle, and Bæst, and each have followed in Relæ’s footsteps with a focus on sustainability.

So, for example, instead of importing mozzarella for the pizza at Baest, they make it themselves with raw milk from the 16 cows grazing at Puglisi’s Farm of Ideas, just 40 km from the restaurant – and stretch it by hand several times a day.

Before opening his own restaurants, Puglisi worked at such humble fine dining establishments as El Bulliin in Spain, and Noma in Copenhagen, where he served as sous chef for 2 1/2 years until he ventured out to open Relæ.

He selected the music for Relæ on his own when it first opened, but that duty has since been delegated to his trusted Somalier Allesandro Perricone, who helps to guide the vibe and playlists at that restaurant, in addition to Manfred’s, Mirabelle, and Bæst.