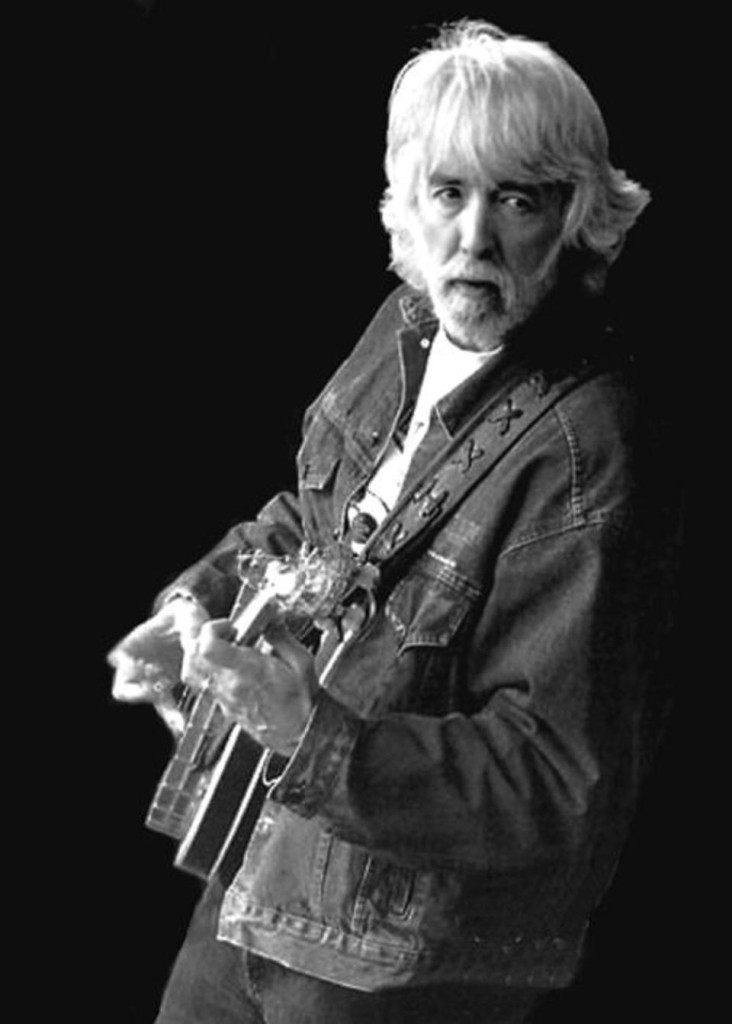 By his own admission, JOHN McEUEN is not a household name. Most people, he says, mistake him for Roger McGuinn,  erstwhile leader of the Byrds and an early forebear of crossover country rock. Considering the fact that McEuen’s roots rock resume found him following a parallel path as Mr. McGuinn’s, the confusion is easily understood.

Sadly though, the outfit with which McEuen is associated – that being the Nitty Gritty Dirt Band – isn’t always given the credit that the Byrds received, or for that matter, Poco, the Flying Burrito Brothers, Gram Parsons, John Prine or any of the other ‘60s and ‘70s icons that spawned a hybrid of rock ‘n’ roll with heartland sensibilities. Yet the Dirt Band, as much as any other these other outfits, had a prime role in the Americana evolution. Hits like “Mr. Bojangles,” “Fishing in the Dark,” “House at Pooh Corner” and “Make a Little Magic” helped get them on the popcharts, but it was their seminal 1972 album Will the Circle Be Unbroken that assured their place in the country rock firmament. The album featured a who’s who of classic traditional country artists – Doc and Merle Watson, Roy Acuff, Earl Scruggs and Maybel Carter among them – joining the Dirt Band in a series of sessions that retraced songs from America’s folk and country music songbook.

“The Byrds and the Burrito Brothers got into that whole country rock thing for a time, but kind of gave it up after a few years,” McEuen recalls. “We were doing it either before they were, or at the same time, and we actually stuck with it.” Indeed, it was McEuen who came up with the idea of the Circle album, which still ranks as a primary document tying together all the strains of true American music.

McEuen’s successes didn’t stop there. After playing with the Dirt Band since he helped to found it in 1966, he took a lengthy hiatus in the ‘90s to focus on his own projects. Known for his multi-instrumental skills on banjo, fiddle, mandolin and guitar (“I said to my  sons, here’s the good news – I’m not known as a singer so you’re not going to be compared to me that way”), he released several solo albums, scored a number of films, compiled the songs that accompanied the epic award-winning television mini-series “The Wild West,” performed as a sideman with dozens of other distinguished artists and produced The Crow: New Songs for the 5-String Banjo, a Grammy-winning album by Steve Martin, who he’s known since his senior year of high school. He rejoined the band ten years ago and now divides his time between touring on his own, touring with the Dirt Band, participating in a project called the McEuen Sessions with his sons Randall and Jonathan, hosting his own show on Sirius radio (tellingly titled “The Acoustic Traveler”) producing concerts and serving as CEO of SyndicatedNews.net, which he describes as “a combination of The Whole Earth Catalogue, Rolling Stone and The Huffington Post.” “Right now, we’re building content,” he says of the latter. “It’s getting looked at by all kinds of people. What I hope it becomes is an alternative to other types of hard news places. There will be hard news, but there will also be helpful news as well.”

At an age where most people are settling into retirement – he turned 67 this past December – McEuen is picking up the pace. “I don’t think I’m doing enough,” he insists. “I can knock out a one hour radio show in three hours, maybe 2 ½. You can plan them out on airplanes. When I recorded Steve’s album, I did some of the editing on a plane with ProTools Lite.”When he’s complemented on his technical proficiency, McEuen demurs. “I haven’t updated my phone in a year and a half,” he chuckles. “I just don’t want to read the instructions and mess it up and lose my phone book like I did once. I finally had to update my Microsoft Word because I had two people in the same week say, ‘I can’t open that document.’ It was outdated from like 1993. Oh crap!”

After living in a variety of locales over the years – Utah, L.A., New York City and, most famously, Colorado where the Dirt band had its home base for a number of years, McEuen plans to move to Sarasota sometime in February. “I got tired of dealing with the snow… with frozen batteries and pipe breaks and cats that got killed by bobcats,” he asserts. “Besides, I’ve always liked Florida. Other than August, I can’t think of a bad time to be there. Besides, I work a lot in August so I’m usually in other parts of the country anyway.”

That’s not surprising. By his own estimate, he played some 120 dates last year, 90 with the Dirt Band and 30 on his own. “I toured solo even before the Dirt Band started, when I was 19 or 20. I was going to school and trying to figure out how not to work. So I got a job called ‘playing.’ As in, where am I playing tonight? I always tell people, ‘You’re paying me to get here. I play for free.’”

McEuen’s not exaggerating either. For all his extracurricular activities, it’s clear there’s nothing he loves more than performing before a live audience. “One of the difficulties that (guitarist/accompanist) Matt (Cartsonis) and I have is that we could probably play for four hours. But we won’t,” he laughs. “One of the interesting things about this situation – I think they call it a job –– is that it’s more fun than ever. For the last ten years, the people that show up feel like they need to be there. They want to see you. They needed to get out of the house. They’ve listened to us 20, 30, 40 years ago some of them. They appreciate the fact that you’re still around and not necessarily trying to prove anything, but just trying to do what people came to see. And it’s a real privilege to have any type of audience. In the past year I’ve played shows with the Dirt Band in front of 8,000 people and maybe only 60 on my own. Either way, it’s always going fun.”