WATCH: Matt Rollings, “Wade in the Water” (Featuring The War and Treaty & The Blind Boys of Alabama) 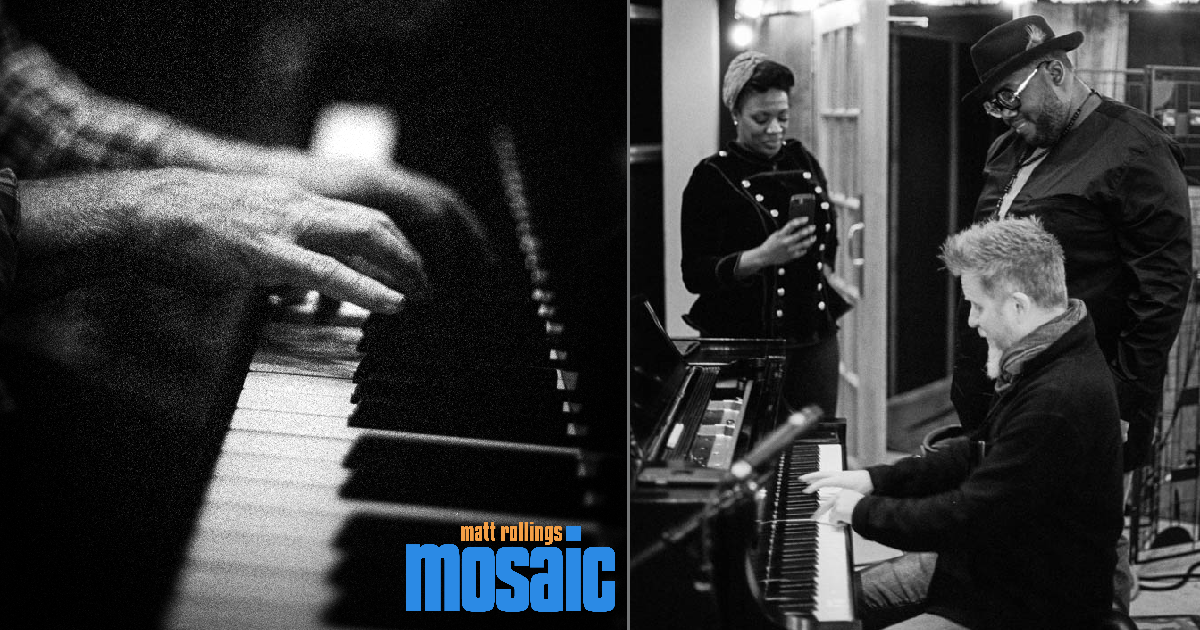 In Their Words: “Michael and Tanya [of The War and Treaty] and I had decided to record ‘Take Me to the Mardi Gras,’ the Paul Simon classic, for the record. We spent a few hours — Michael, Tanya, Jay Bellerose and I — and wound up with an amazing take of the song and I was thrilled. After listening to the playback of ‘Take Me to the Mardi Gras,’ I spontaneously asked if they’d be willing to try something else. I had been nursing an idea about the old spiritual, ‘Wade in the Water.’ My first real jazz piano influence, Ramsey Lewis, recorded it on his 1966 album of the same name, and I’ve always loved it. After hearing what Michael and Tanya had done with the Paul Simon song, I was dying to hear them sing it.

“I printed the lyrics out and we went for it. This is the first and only take we did of the song. It was so good that we didn’t even try it a second time. After adding acoustic bass, it still didn’t feel quite complete… some background vocals were needed. I thought, ‘Who would the ultimate singer(s) be for this?’ It occurred to me that a real-deal gospel quartet would be perfect and The Blind Boys of Alabama would be the ideal candidate. Somehow I was able to catch them while they were in Muscle Shoals, recording on another project. So I drove down there from Nashville on the appointed day and recorded them on the track. They brought just the magic that was needed. The way they blended with Michael and Tanya is amazing… like they were in the same room singing together. After that, the song was done.” — Matt Rollings