Counsel of Elders: David Bromberg on Music’s Many Languages 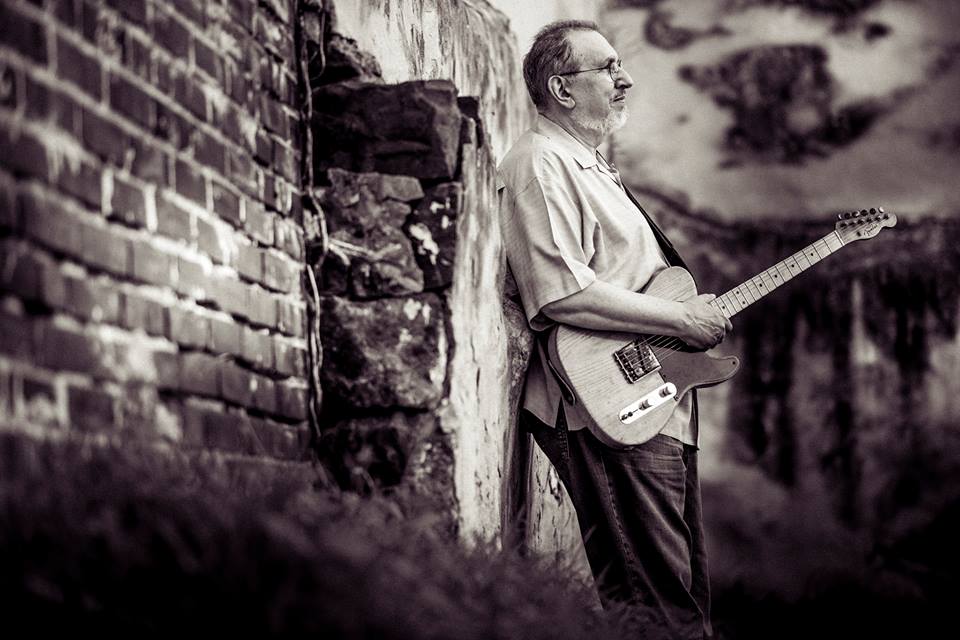 There’s no end to the adjectives ascribed to musicians and their styles, but few are, themselves, an adjective. With David Bromberg’s career-spanning 50 years in the industry — which include recording his own albums, guesting with a variety of artists, and producing others still — he has run the gamut when it comes to music making as a life calling. So then it makes sense that “Brombergian” would encompass that very spirit, defying any quick and fast label in order to create a path outside the “way things are.” It’s a designation his friend, collaborator, and producer Larry Campbell first used to describe Bromberg’s particular blues style, but it seems fitting to expand its use. Bromberg has gone about things differently, eliding the industry’s desire to fit him into a neat category by playing multiple instruments (and styles), as well as taking a significant hiatus from recording music in order to run David Bromberg Fine Violins in Wilmington, Delaware. His career is nothing short of Brombergian.

After rising to fame on his 1972 self-titled debut — which itself spanned various styles from the pondering, folk of “Dehlia” to the bluegrass-driven “Lonesome Dave’s Lovesick Blues #3” to the acoustic blues number “Pine Tree Woman” — he refused to be categorized and confined. Beyond defying a lone musical identity, though, Bromberg did what many a musician might balk at after achieving some level of notoriety. He took time off, beginning in 1980, to focus on learning the violin business … 22 years to be exact. “But who’s counting?” he chuckles, his matter-of-fact delivery belying his easy good humor. Bromberg returned to form in 2002 and hasn’t stopped his pace yet. With a new album, The Blues, the Whole Blues and Nothing But the Blues, just out, he’s made what he describes as his most homogenous album yet, even though the different types of blues — Chicago, Delta, and more — on the album might suggest a more Brombergian approach. At 71 years old, he’s got a lot more to say and more than a few ways to say it.

You’ve recorded so many different genres of music. Each one reminds me of a language. If we’re sticking with this analogy, what do you consider your native tongue?

Oh, boy. That’s a difficult question. I mean, my first response is usually blues. However, a more correct response might be what’s now considered oldies radio. But, you know, I’m not really sure.

Okay then, what do you enjoy most playing?

I know that’s not what you wanted to hear. There are two kinds of music — good music and bad music. I prefer the good kind.

Besides styles, you play several different instruments. Do you find each suits a particular mood?

Yeah, absolutely, and that goes even for one guitar versus another guitar. Any two guitars, they’re going to be different and, if they’re guitars that you can talk to, then you can enjoy them both.

How much do they talk back?

An awful lot. I discover these days, when I start to play mandolin or a fiddle, my guitars yell at me, “You’re not done with us yet!”

What was it about the violin that attracted you?

I learned to play a little bit of fiddle pretty early on. I’m a terrible fiddler. I mean, I used to be just merely bad, but these days I don’t play enough to be anything more than terrible. What interested me about the violin … you know, people assumed that I wanted to be a violin maker and I never wanted to be a violin maker. What fascinated me was how someone could pick up a violin and, without referring to a label, which the labels are very often wrong, you can say when and where it was made and sometimes by whom. And that’s what I wanted to learn, and that’s what I do.

How do you measure success, then? It seems like many, if not most, wouldn’t have considered stopping for 22 years to make instruments.

I still stand by this: At the point where I could take a cab home at the end of the night instead of getting on the subway, that was all the success I needed.

On the flip side of success, what does it take to survive in this business?

Persistence, and that’s not as much of a “blowing you off” answer as it may sound. I think persistence is tremendously important, and I kind of surprised myself by not showing that much, and actually stopping for 22 years, because I knew how important it was. I remember … Charlie Rich was a country or rockabilly singer and, in his 60s, had a huge hit. Persistence. “Behind Closed Doors” was the tune. It was a good tune, and he sang the hell out of it.

Well, there’s certainly a lot more noise today in that there are a lot more people able to get their music into listeners’ headphones.

Did you ever see that ad for the headhunting firm on television? They’re in a tennis stadium, and the guy’s about to serve, and some guy comes out of the crowd and swats at the ball with a briefcase, and then before you know it, the court is covered with people out of the stands, all of them trying to hit the ball. And this is a headhunting firm trying to tell you, “Look, we’ll get you the good people.” But that’s what’s going on. The record companies, which don’t really exist any longer, used to be a filter because you couldn’t just make your own record on an iPhone. It required money. Somebody who got far enough to actually make a recording, well, there might be something there. The odds were greater than they are on YouTube, and YouTube is the medium today.

And even something like Soundcloud, where you can upload an EP or a mixtape and put yourself out there. But there’s no filter.

There’s no filter to say, “Well, you should really listen to this, or you should really listen to that.” I don’t understand how anybody gets anywhere, except for money. I think one of the things that can work for you is, if you impress very wealthy people, maybe they back you. To be someone who does a modern stage show, I mean, that’s very expensive. It’s not an easy thing. Not that it was easy in my day, either, but I think it’s harder today. Anyone and everyone does put things out there, and nobody gets paid for anything any longer, and that’s a difficult thing.

I know even with the streaming services it’s some kind of paltry per-play fee.

I can tell you where this comes from and how this came to be. It used to be that radio stations paid nothing to the artist to play a tune. They might have a small royalty that would go to the writer of a song, but the artist got nothing. So this idea got moved over to the Internet. The Grammy people are trying to change it. I went down to DC and I was a lobbyist for a day, promoting the idea to different representatives that everybody is making the money except the people making the music.

Is there a big coalition?

Basically, in DC these days, no one can do anything. It’s all static — in the sense of not moving.

What’s the most surprising piece of advice you ever received? Or that you, yourself, picked up along the way?

I’ve given people some advice that is kind of surprising or surprises them a lot, people who want to break into music. I say, “Well, you have to be in either New York, Los Angeles, or Nashville.” And people generally don’t think about it, but if you become famous in Dubuque or Boston even, your fame will reach to the edges of Boston. It will take you the same amount of time to be famous in New York, but the New York press is nationwide. There’s your difference.

Those are the cities where the industry has headquartered itself.

On your latest album, you span so many different blues styles. It’s like you’re coloring outside the lines in a way. Why make this type of album?

This is the most homogenous album I’ve ever made. I never saw any reason not to play any music that I enjoyed. Why be limited? This is commercial suicide to do things that way. The first time I asked Larry Campbell to produce an album, I said “Let’s do an album of all Chicago-style blues.” And he said, “No, let’s do an old-fashioned David Bromberg album.” I never assumed that he’d listened to those records, but evidently he had, so that’s what we did for the first one we did together [2013’s Only Slightly Mad]. The latest one is me taking baby steps to being a little more homogenous.

In the old days, from a commercial point of view, it was suicide, because the record stores had no idea what bin to put me in, and the record company had no idea where and how to advertise me. “But what will we call you?!” “Call me anything but late for dinner.” [Laughs] Without question, it’s the most homogenous album I’ve ever done, and it was fun to do. I’m happy about it.

And I saw you re-recorded “Dehlia” for this album. What was it like revisiting that song?

I did it on my first album, but Larry Campbell plays so beautifully on it, I just had to do it again. After I did the first with Larry producing, Larry and I did some gigs together, just the two of us, and I’ve never wanted anybody else to play on that tune, but I did it one night. Larry was sitting there and he started playing the slide on it and it was so gorgeous. It just kills me every time.