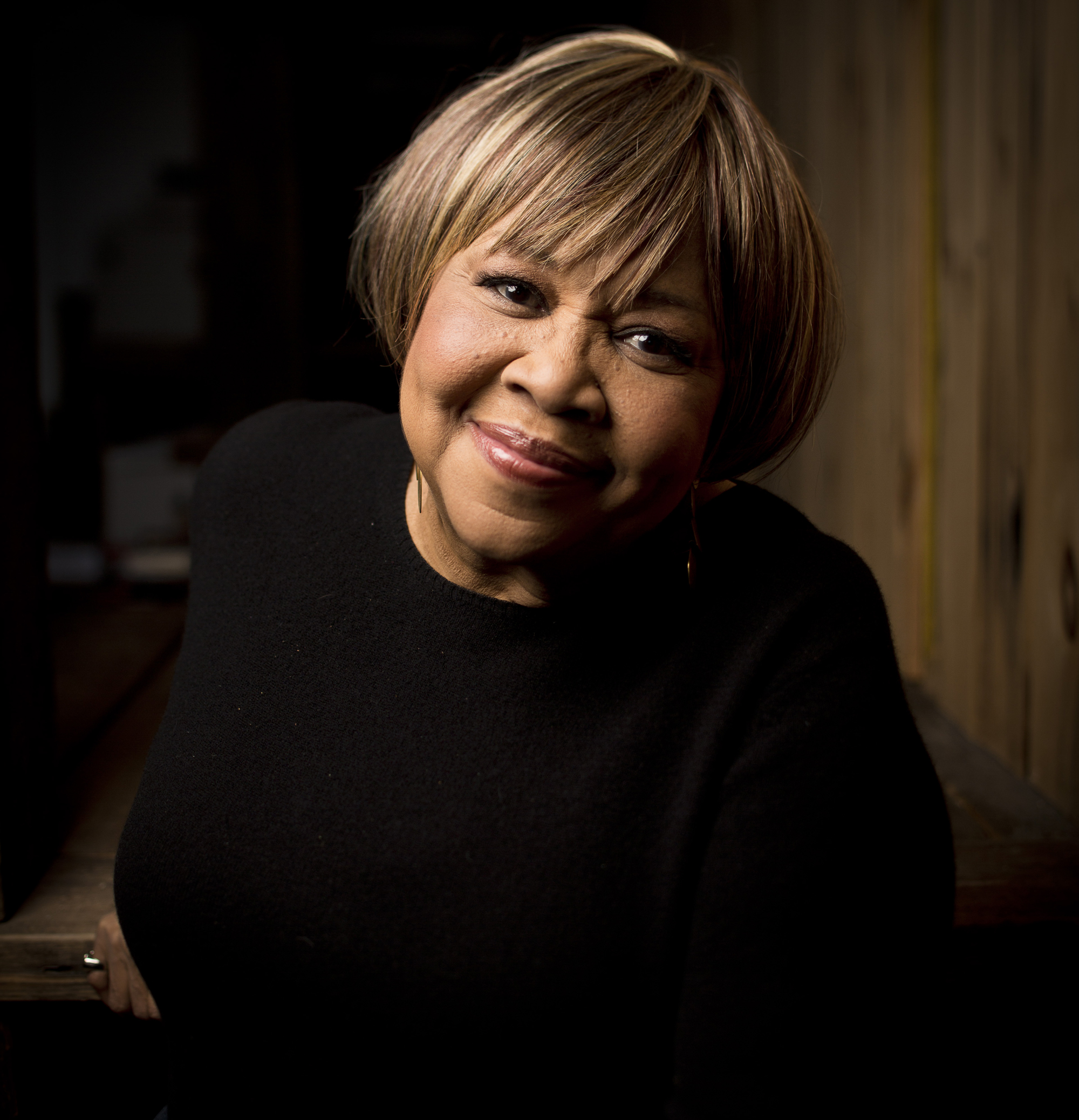 The Staple Singers burst onto the scene in 1956 with their breakthrough hit “Uncloudy Day.” It set the tone for their future releases. Pops Staples’ shimmering guitar framed the heartfelt vocals of his youngest daughter, Mavis, while Cleotha, Pervis, and Yvonne Staples sang the intricate harmonies. The Staple Singers were unique. Nobody sounded like them. They were mesmerizing.

More than 60 years later, Mavis is still at it. She has worked with everyone from Curtis Mayfield to Jeff Tweedy. Through their friendship with Martin Luther King, Jr., the Staple Singers were the soundtrack to the Civil Rights Movement. Bob Dylan once proposed to Mavis. She has two honorary doctorates and a Grammy. Her life is the stuff of legend. On February 19, Mavis continued the hot streak with her latest release, Livin’ on a High Note. A roster of all-star musicians wrote her latest batch of songs: Neko Case, Justin Vernon, Nick Cave, Ben Harper, Tune-Yards, Aloe Blacc, Benjamin Booker, the Head and the Heart, and M. Ward all penned original tunes, with Ward also producing the set.

Take us back to when and how it all started.

When we first started singing, I would never have thought that we’d come this far, that I would still be here singing and people still wanting to hear me. I mean, we started on the living room floor. And we really weren’t singing for a career. We were singing, more or less, to amuse ourselves. We had nothing else to do. Then, in the late 1940s, we would listen to the radio … we would all be on the floor, we’d finish our homework. What happened was, Pops, he was singing with an all-male group. And these guys wouldn’t come to rehearsal. Pops would go to rehearsal. He’d come back and be disgusted. There were supposed to be six guys there and there would maybe be two or three. He’d go the next week — same thing.

The last time he went, he came back home and went straight to the closet, pulled out this little guitar he’d bought at the pawn shop, and he called us children into the living room, sat us down on the floor in a circle, and he began giving us voices to sing — ones that he and his sisters and brothers would sing when they were in Mississippi.

One night, my Aunt Katie — she lived with us — she came through and said, “Shucks. Y’all sound pretty good. I believe I want y’all to sing at my church on Sunday.” Lord, that was all we needed! Anywhere but on the living room floor! That was the beginning. We sang at Aunt Katie’s church and the people kept clapping us back. We had to sing the same song three times. It was the only song Pops had taught us all the way through. So Pops said, “Shucks. We’re going home and we’re gonna learn some more songs. These people like us!”

That first song that he taught us was “Will the Circle Be Unbroken.” It’s still going. I look up there sometimes and say, “Daddy, I’m still here!” I can just see him smiling with a twinkle in his eye telling the angels, “Yeah, that’s my baby daughter Mavis. She’s still got it going. She’s keeping it going. I started it, but she’s keeping it going.” [Laughs]

[Laughs] From then to now, is there a lesson you learned that you’d like to pass down?

Be true to your profession and be sincere. Best thing, if you’re going to be a singer, get your rest. We didn’t go to any of the after parties. What I really learned — and I always bring this up — my father taught me to sing from my heart. I had seen these kids on stage in New York — they were about my age — and when they finished singing, they were jumping around and singing at the top of their voice and running around the stage. I tried to do that. My father snatched me off the stage. He said, “Mavis, what are you doing?” I said, “I’m singing, daddy.” He said, “Listen, you don’t need gimmicks. You don’t need to sing at the top of your voice. You’re singing sacred music. You’re singing God’s music. You sing from your heart and be sincere. What comes from the heart reaches the heart. If you sing from your heart, you’ll reach the people.”

And I’ll tell you, I’ve kept that with me all my life. I have my little meditation in the dressing room and, when I go out that dressing room door to the stage, I go to my heart. I’m singing from my heart. I look at the people and I see smiles and I see tears. And I know I’m reaching the people. I’ll never forget, as long as I live, that lesson taught to me by my father that I’ll always keep with me.

And you don’t even have to be a singer to do it. You can do everything from your heart and it’ll be better.

Everything. Everything from your heart. Anything you choose to do, whatever your profession, do that from your heart. That, among many other things that I’ve learned coming up… I’ve learned to do unto others, tried to give, tried to care, tried to forgive if I need to. I’ve lived pretty happy. I don’t have any hang-ups. I don’t have any hold-backs in my life. It’s all been about moving forward.