Courtney Hartman Steps Into a Solo Career With ‘Ready Reckoner’ 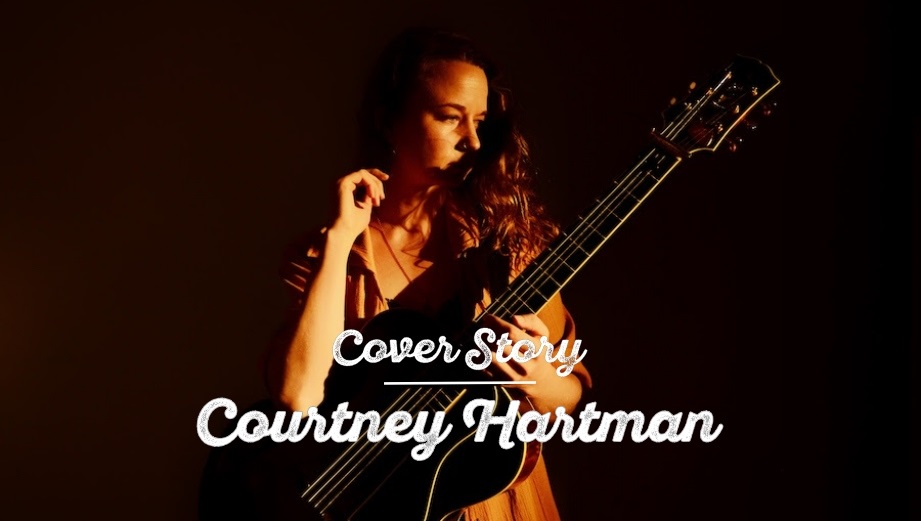 Courtney Hartman told only a few people about her plans. She bought a transatlantic plane ticket, packed a small bag of clothes, and flew to Spain to hike the Camino de Santiago. It’s a 500-mile hike along old pilgrimage routes in rural Spain, an arduous journey that often prompts a spiritual journey. During that 40-day trek she would step off the trail, pull out her specially-made, travel-ready guitar, and sing a few bars into her phone. Eventually those voice memos — those notes to herself, journal entries chronicling her trip — coalesced into songs that ended up on her solo debut, Ready Reckoner.

It is not, however, an album about walking or wanderlust. Rather, it’s about motion: the physical movement that propels oneself along a path, but also the spiritual motion it takes to gain a deeper understand of your place in the world — in particular, your place in the world as an artist. Drawing from the music she made as a member of Della Mae, Ready Reckoner forays into new territory: folk and pop, of course, but also jazz, avant garde composition, drones, even musique concrète. It’s often dark but just as often hopeful, as Hartman traces the both subtle and sublime changes that she is still going through.

BGS: What took you to Spain?

Hartman: I think anybody that I met on the trail had a similar story. There was something that started popping up on their radar[s] over and over until they couldn’t ignore it anymore. That’s what happened with me. I had friends who had gone over there and I was listening to several albums that were influenced by that region of Spain.

Also, two of my writing heroes are Anne Lamott and Mary Oliver. While I was teaching writing at different summer camps, I would talk about how they talk about writing and walking. In the books they’ve written, they talk about how good it is to go out and walk. That would be my assignment to students: Go take a walk in the woods and do some writing.

At one point I realized that I was giving this assignment, but I’d never done it myself. I wanted to know if that was something I could do, if that was a way of creating that would resonate with me. And then a cheap flight to Spain popped up and I bought. I had 24 hours to cancel and I didn’t. So I went!

How did you prepare musically and creatively for such a trip?

I called Dana Bourgeois, who has built a number of guitars for me. I said, Dana, I’m doing this thing and I haven’t told anybody. What do you think would be the sturdiest, most lightweight, best-sounding guitar I could take? And he said, well, what if we build you something? So they did. They weighed out every single component of the guitar and then I had somebody build a guitar sling for me. And then I walked and I wrote. I took me forty days. There’s something about the repetition and the movement, let alone being out in the open.

What did you learn from that experience?

I learned so much, but one of the things that kept occurring to me is that you’re carrying the weight of your belongings with you every day. It didn’t matter if I wrote anything or played anything that day. I still had to carry the weight. There was a point when someone helped me go through my bag and decide what was necessary.

You think you’ve really narrowed it down, and then you’re like, okay, I guess I’ll get rid of this extra layer of clothes. But every night I would think, no I need this or I need that. I need this because I’m afraid of what might happen without it. So I learned that our needs and fears are linked. But I didn’t need that extra layer of clothes, even though I thought I did. When that snow came — that’s what I was afraid of — I made it through.

Did that change your perspective on music?

I want to say that I need to be writing songs or I need to be making music, that they’re my life source. But I don’t need to write or play. Those are extra gifts. I would survive without them. I don’t want to. Don’t ask me to. But I think letting go allowed me to hold them a little more loosely or with a bit more gentleness, instead of clinging to them or gripping them too tightly.

Often, writing meant stepping away from the trail. It meant taking my guitar down or taking my pen out or singing voice memos. I have hours and hours of endless mumbling. You step away from the people you’re walking with, and you might not see them again for a few days or even a week. Or maybe never again. It’s very much like life that way.

That experience seems to inform this album in ways that are very explicit. Even just the sound of footfalls on “Too Much.”

About half the album came directly from songs I wrote on the trail. But it’s not a walking record. It’s just a shot of where I’ve been the last year. I worked on it while I was staying in a little wagon in Oregon for a couple of days, just trying to finish putting together takes and sequences. I would walk and listen. But the album pretty evenly spread out between songs I wrote before, during and after walking. The first track I wrote was “January First,” and I wrote all the other songs later that year. I don’t know that it always works that way.

Tell me about the album title. Why did those words resonate with you?

I was obsessed with the word reckon. I was reckoning with myself and my work, reckoning with the relationship to the music I was making, reckoning with whether I should even be doing it at all. That word felt like it had a lot of motion, so I looked it up and found that a ready reckoner was at one point the name of a hard-copy calculator. A merchant might have a ready reckoner, which is essentially a book of tables. I found one from 1905 for sale and ordered it on Amazon, as you do. I keep it in my guitar case. It’s this tiny, beautiful book with all these weird calculations for things. I felt like these songs were trying to calculate something, trying to get to a formula or an equation.

There was some trepidation on your part about recording this record and taking on the role of co-producer. How did you reckon with that?

Shahzad Ismaily, my co-producer, could have easily taken the wheel and produced this record himself, and I think I would have felt good about that. But he believed very strongly that that was not his role. He wanted mostly to be engineering. He was pushing me to make the decisions that needed to be made and to listen more deeply. Just by stepping away he became a guiding hand. I didn’t want to be producing this record but I’m grateful that he was able to ease me into that place.

And I realized that I really love it. It’s such a different space. I’ve produced one other record for a band since then, and I want to do more. There aren’t a lot of women in that role. The studio can be a very intimidating place for women who are trying to explore and learn and admit what often feel like deficiencies, but if I’m able to do that in the future, I hope I can make that space feel comfortable and gracious and open.

I remember I was so afraid to record this album, so when I went into the studio the first day, I was reading through some of my walking journals. I opened the first page, and I was writing about feeling terrified. It was the same feeling I had about going into the studio, but it’s exactly what I needed to hear at that moment. We learn the exact thing in so many ways over and over. Or we don’t learn it at all. Maybe that’s the thing. Maybe I didn’t learn anything.