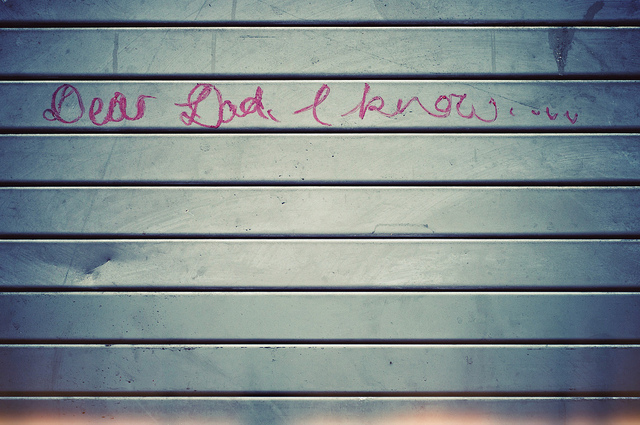 This Father's Day (June 19), you could do what you always do and buy your pops the same pair of new socks that he doesn't need. Or, you could give dear old dad the gift of music. To get you started, we've pulled together some of our favorite songs about dads, written from both the perspective of fathers and from those of the kids who loved them. If you're feeling generous, pick up an album or two featuring songs from the list. If not, at least send dad a link to the Spotify playlist. Either way, his sock drawer will thank you.

This tearjerker from Chris Stapleton is served up with a little twist, made all the more heartwrenching by his stellar vocals and somber delivery.

This 1968 tune, written for Cash by Carl Perkins, is a testament to the bonds of both family and music — both of which, in this case, are anchored by dad and his bass.

A snooping dad must grapple with what he finds in his teenage daughter's diary in this sweet, light-hearted tune from Jonny Corndawg's 2011 Down on the Bikini Line.

A father teaches his son about the perils of mountaintop removal in this classic John Prine tune from his 1971 self-titled debut album.

"My Father's Father" — the Civil Wars

Ghosts of the past and his "father's father's" blood on the tracks bring a prodigal son home in this song from the now-defunct duo's 2011 debut album, Barton Hollow.

One of the most profound statements on an album (The Carpenter) that grapples with bassist Bob Crawford's daughter's battle with brain cancer, "A Father's First Spring" tugs at heartstrings with lines like "I do not live unless I live in your light."

"Daddy worked all night in the Van Lear coal mines," and his proud daughter wrote one of the greatest country songs of all time to thank him for that hard work.

Sturgill Simpson's new album, A Sailor's Guide to Earth, is something of a guidebook for living for his young son, and opening track "Welcome to Earth (Pollywog)" introduces us to "the greatest love [he's] ever known."

Photo credit: CarbonNYC [in SF!] via Foter.com / CC BY.