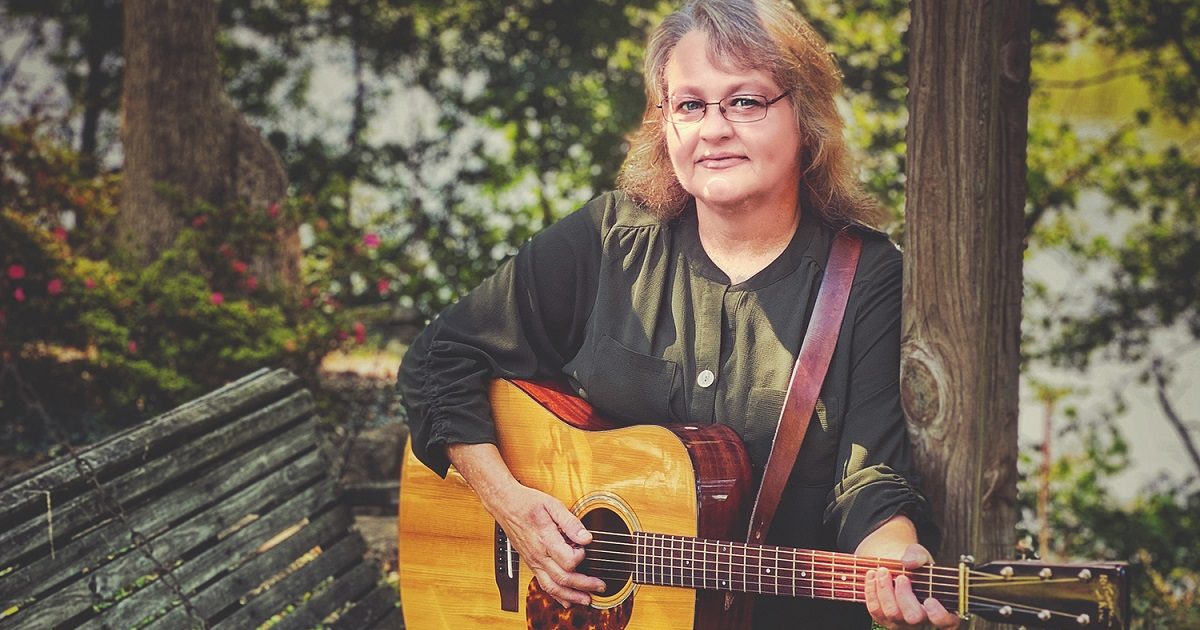 Dale Ann Bradley, a five-time IBMA Female Vocalist of the Year, is back with an album of poignant, inspiring, and moving songs about the disappointments, the shortcomings, and the hopes that mark our journeys together. The self-produced Things She Couldn’t Get Over features Bradley’s crystalline and sometimes tender, sometimes soaring vocals on songs that ponder ways we can see each other’s humanity clearer and how we can take care of each other better.

Things She Couldn’t Get Over is Bradley’s first solo album since her departure from Sister Sadie, the reigning IBMA Entertainer of the Year. BGS caught up with the Kentucky Music Hall of Fame member about gathering these new songs, bringing back an old favorite from the days of Hee Haw, and relying on grace to guide her.

What’s the story of the album?

DAB: It all happened pretty fast, given the times we’re in. I started thinking that it was time to do another album. So, I started writing about the end of July last year. I called up Aaron Bibelhauser and we co-wrote some songs; he is such a great writer. I also started looking at some songs that other writers had sent to me. In October we went in and laid down the tracks. All the songs that ended up on the album were speaking to my heart; they were songs about tough times, and the album took the theme from that. The songs speak to the courage to keep going, the courage to have strength and faith and to follow your dreams.

“Yellow Creek,” which John Anderson made famous — and I was so happy to have a John Anderson song on the album — is a defining one of pain and endurance, being about the removal of Native Americans from their land. The songs on the album are about going through life regardless of circumstances. We know that we’re all imperfect. To be able to walk in someone else’s shoes brings empathy.

“Lynwood” is a touching song that raises important questions.

David Morris has been awfully kind to send me songs. This was just a little demo where the writer was sitting in his living room singing. On the first listen I thought that it’s a story that’s more picturesque than I had ever heard. When I listened again, I thought that this a story that needs to be told and heard. This song is about a Vietnam veteran and his struggles to readjust to society. Everywhere you go there are veterans that are struggling and they shouldn’t be.

You have an exceptional ear for finding songs. Can you talk about your process for selecting songs?

Well, there are some songs that have been with me for a long time, since I started playing bluegrass. When I am listening to a song, I’m listening for songs with a message. They need to say something that might make a difference. When I write a song, I want to explain how I’m feeling myself. If a song helps me, it might help others.

What about “Lost More Than I Knew”? How did that song make it onto the album?

Writing that one kind of kicked in the charge of putting the album together. You want to be the first responder to help people. Not only did they lose the situation in which they found themselves, but they also lost their pride. I got stuck on this song and contacted Aaron, and he got me back on track.

Why did you choose “L.A. International Airport” for this album?

That came along after I had chosen the other songs for the album. It’s a song I loved as a little girl and watching Susan Raye sing it on Hee Haw. It’s a sad song in its way, and it fit in the album in a perfect way.

Talk a little about the title track for the album.

This song’s about a girl I went to high school with. She had mental illness. It was an obsessive-compulsive disorder, but back in 1979-1980, nobody knew what to call it. She would walk out of class and roam the halls. She was really funny, too, but people just left her alone. I saw her again later in life after I had moved back to Kentucky, and she had declined a good deal. Her story just found its way to me. This needs to be spoken about and sung about. If we can reach out to somebody in need, give them a smile or a cup of coffee and recognize their needs, we can get over this together. If you have the boldness to call yourself a Christian, then you’re asked to reach out and help others.

You have a way of singing about the Lord without being sanctimonious. How do you achieve that quality?

Honey, we do not need to be high falutin’ about ourselves. [Laughs] Anybody and anything that come our way come by grace. When we look around us, we see things that need to be done — like taking care of each other — that we should have been doing all along.

The final song on the album, “In the End,” is very moving.

The night before we were going to record this song, Debbie and Steve Gulley were going to come down to Nashville to sing harmony on the song the next day. Debbie called me to say that Steve was very sick and that she was taking him to the hospital. She called me later to say that he had been diagnosed with cancer, and it wasn’t too long after that he died. I had sung a scratch vocal on the song, and I left it there because I couldn’t sing it again. Some people call this a “come to Jesus moment,” but that night Jesus came to me. What matters is that what you leave behind is good; that’s true spirituality. We’re not here forever. All this hoopla and things that do not make any sense are unimportant in the end. That’s true spirituality to me.

What do you hopes listeners will take from the album?