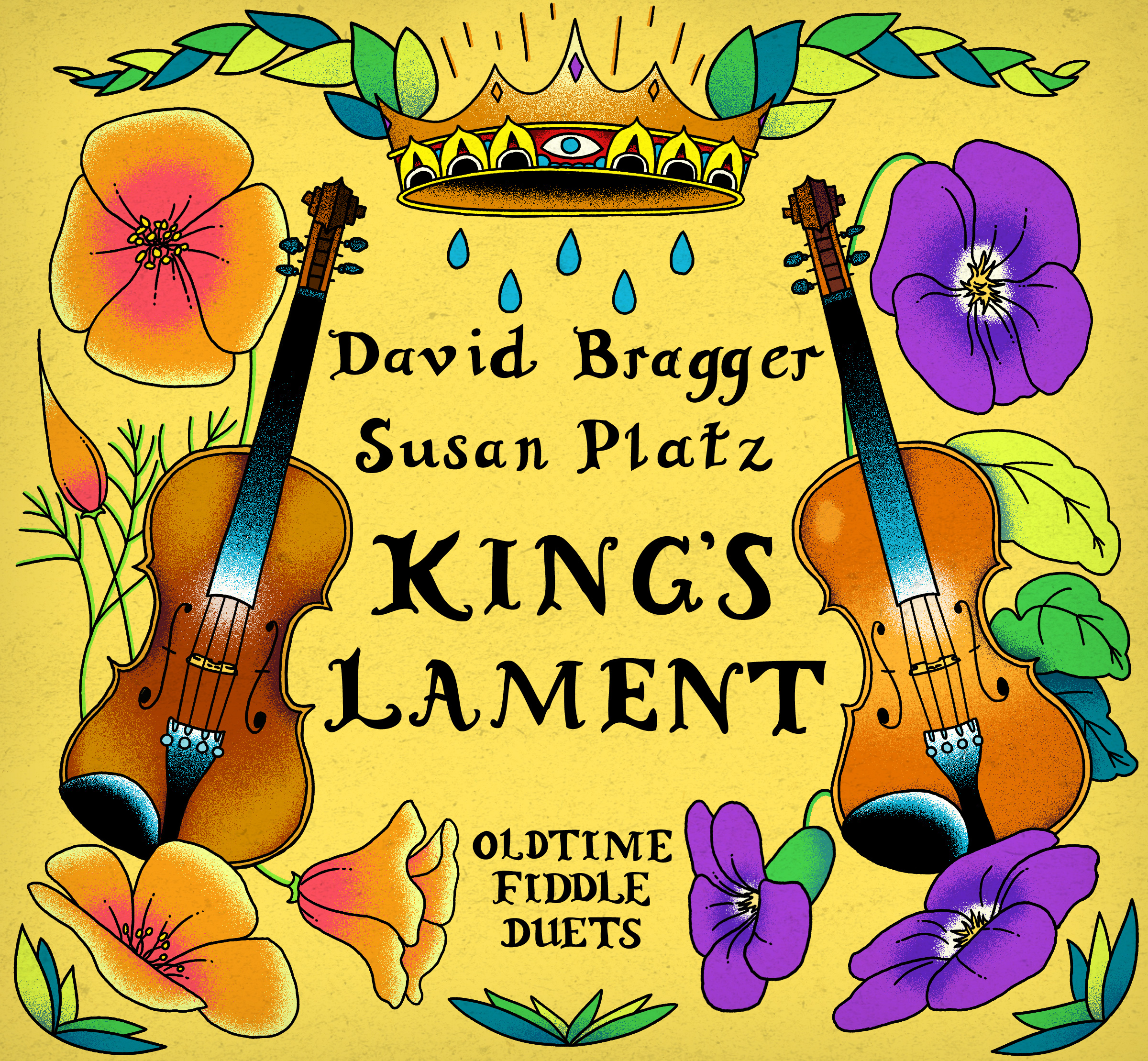 Welcome to a brand new, bi-weekly feature: Tunesday Tuesday. Think of this as the instrumental answer to our Song of the Week. Pickers are found at the center of bluegrass, old-time, blues — really all roots music forms — and their virtuosity is what attracts so many of us to the music. With Tunesday, we want to celebrate that virtuosity by highlighting incredible tunes and the nimble-fingered instrumentalists who play them.

We’ve suggested retiring overplayed songs before and the response was, well … mixed. Here’s a new idea: Let’s en-state a one in/one out policy for songs we’ve maybe had enough of. For example: Perhaps we should bench everyone’s favorite disco country, fiddlin’ trick song — “The Devil Went Down to Georgia” — and replace it with David Bragger and Susan Platz’s simple, stripped-down, old-time fiddle duet, “Devil in Georgia,” off their new album, King’s Lament, out February 2.

Bragger and Platz sourced the reel-like tune from Kentucky farmer/fiddler/mandolinist, Dock Roberts, who first recorded it in 1929. Here, it’s interpreted in the age-old style of two fiddles, alone and set apart, freewheeling and dancing in and out of harmony and counterpoint. Sure, there’s no paranormal fiddle battle with the devil incarnate, but you won’t miss that. It’s not flashy, it’s not gimmicky, it’s not set at a breakneck tempo. Instead, it’s a warm, subtle earworm with the breathiness, openness, and ease of old-time. Seems like a fair trade, yes?

Bonus points: If it reminds you of another tune, say, “Temperance Reel,” that’s because it is. It’s sometimes also known as “Teetotaler’s Reel,” “Kingsport,” “Old Tiddley-Toe,” “Rocky Road to Denver,” and, perhaps the best option of the bunch, “Where’s My Other Foot?” Ah, old-time with their alternate tune names!