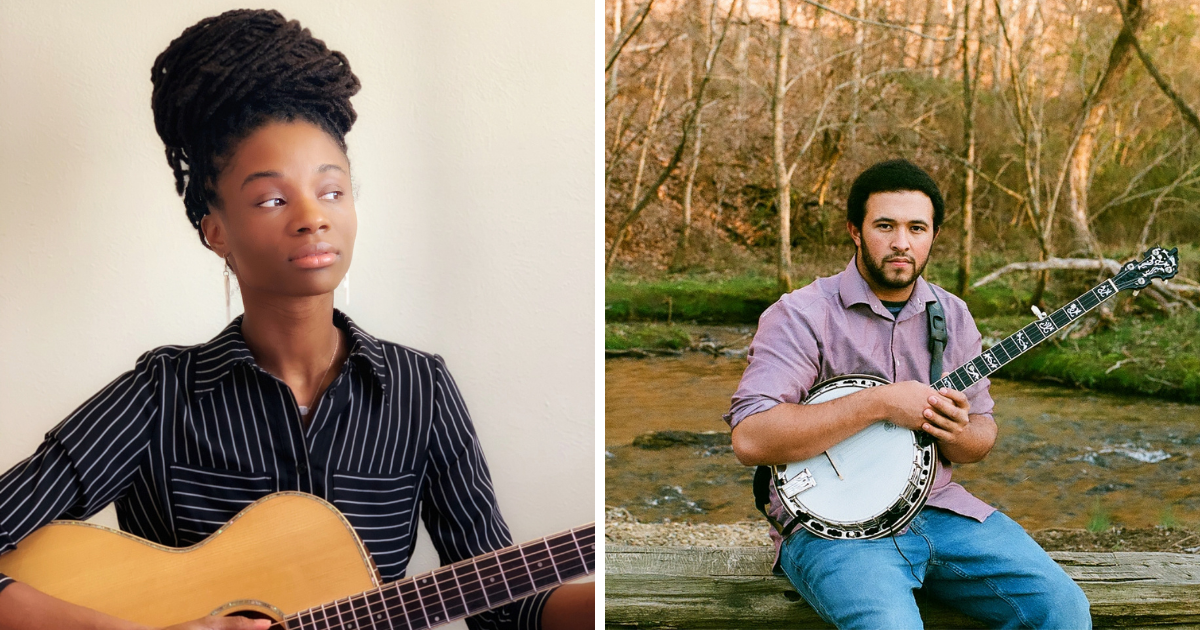 The entire BGS team is pretty stoked for our fifth year of Shout & Shine performances! In 2016 we partnered with PineCone Piedmont Council of Traditional Music in Raleigh, NC to showcase diversity in bluegrass and roots music at IBMA’s World of Bluegrass business conference and festival. In doing so, a wonderful platform has been provided to artists so often overlooked, as well as those just starting their journeys in the music industry.

Things are a bit different this go ‘round, and we’ll be celebrating equity and inclusion in a more pandemic-suited way this year with Shout & Shine Online! The showcase will take place Saturday, October 3rd at 2pm ET — viewers can tune in right here on BGS, or on our Facebook page or YouTube channel, as well as via PineCone’s channels, and IBMA’s conference platform, Swapcard (free music pass registration available here).

In celebration, we’ve put together a preview of what you can look forward to during Shout & Shine Online.

BGS joined hands with Decolonizing the Music Room’s founder Brandi Waller-Pace to curate 2020’s lineup. “The mission of Decolonizing the Music Room is to center Black, Brown, Indigenous, and Asian voices, knowledge, and experiences within the field of music education,” says Waller-Pace. “In addition to that, it is part of DTMR’s core values that we are an openly LGBTQ+ affirming non-profit organization. I am honored to have served as curator for this year’s Shout & Shine and to have had this opportunity to partner with BGS and PineCone on work that highlights a convergence of our values.”

Here you can see Waller-Pace along with Caitlin Hearn playing an old-time standard, “Five Miles From Town.” Waller-Pace’s music is dripping with that sweet, old-timey-ness.

The IBMA isn’t the only thing we love in Raleigh — there’s also Rissi Palmer. In 2007 she released “Country Girl,” making her the first African American woman on the country charts in over 20 years. She’s been releasing consistently powerful music since, leading all the way up to her most recent album, Revival. On top of all of this, Palmer hosts the new Apple Music Country radio show, Color Me Country: a conversation between herself and various Black and Brown women in country/Americana/roots music. We can’t wait to have her right here on BGS!

You may have already seen our friend Sunny War’s episode 2 of our monthly Shout & Shine series. In our interview that came out earlier this month, War speaks about her current outlook on the music scene and how it feels to be surrounded by new “activist” musicians who weren’t doing it before, as well as her incredibly unique guitar style.

Kaïa Kater is no stranger at BGS. She has been featuring in a Cover Story, she’s written an op-ed, and she’s had some important conversations with other musicians. Needless to stay, we’re ecstatic to have this Afro-Caribbean-Canadian songwriter and Appalachian musician back for Shout & Shine Online!

While Stephanie Anne Johnson’s music is often rooted in America’s painful past, it’s always got down home roots. Maybe that’s why they’ve got the “American Blues.” A veteran of NBC’s The Voice, Johnson is the leader of Tacoma-based band The Hidogs, whose most recent album is entitled Take This Love.

Blind Boy Paxton’s music is something of a journey back in time. But his songs and stories aren’t from dusty old books or archives — they are the soundtrack of his growing up in south-central Los Angeles, among the largest Creole and Cajun population outside of Louisiana. Our friend Paxton has been featured in our Shout & Shine column before, but Shout & Shine Online is his appearance on the showcase. We couldn’t be more excited!

North Carolina’s Tray Wellington is an acclaimed progressive banjo player — and he’s only 21. From his 2019 IBMA awards — one for Momentum Instrumentalist of the Year and another for Momentum Band of the Year with his former group Cane Mill Road — it’s easy to tell what a bright future he’s got in the world of bluegrass and beyond. He’ll be joining us with his whole band!

You may know her from Our Native Daughters, or our BGS Class of 2019  — either way, Amythyst Kiah is one of the most powerful, raw, and soulful singers and songwriters the roots music scene has today. We’re beyond thrilled that she’ll be joining us to anchor the Shout & Shine Online lineup! 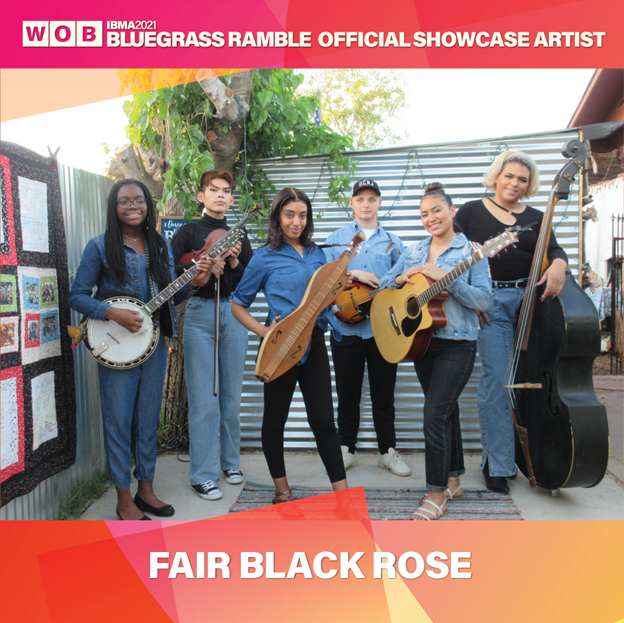