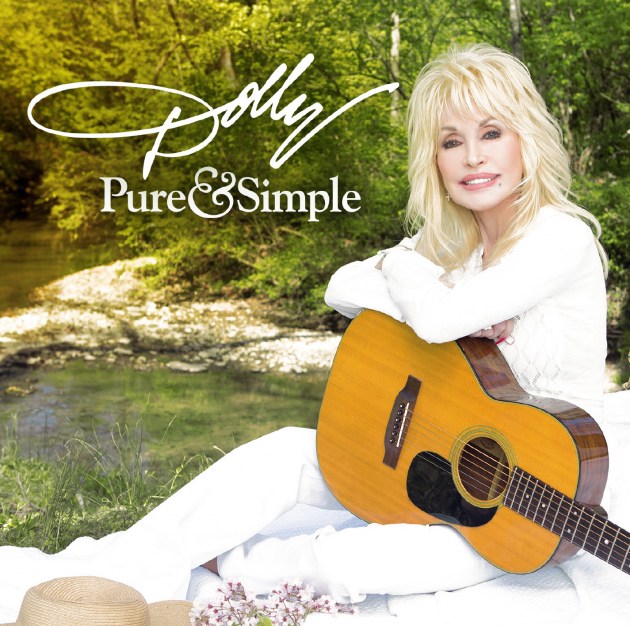 More than half of a century has elapsed since Dolly Parton debuted as an artist but, at 70 years old, the country legend may be busier now than she ever has been. She's in the middle of a North American tour, performing stripped-down numbers from her extensive catalog for fans across the country, even as she's been working with television producers on an upcoming Christmas special about her life (A Christmas of Many Colors) and maintaining ongoing involvement in her own charity organizations and business holdings in East Tennessee. And, oh, by the way, she's releasing a full-length collection of new material today, too.

Pure and Simple delivers on its title, scaling back the production on most songs to showcase Parton's lyricism and distinctive voice in a minimal format. Over the course of 10 original tracks, Parton floats from one love song to the next without overdoing the lovey-dovey: Album track "Can't Be That Wrong" is a glimpse into the vulnerable side of a cheater, while "Outside Your Door" tends more toward can't-keep-your-hands-to-yourself lust. But closer "Forever Love" best encapsulates the album's strengths, as Parton's vocals drift between hushed whispers and soaring high notes in a vivid, tender love letter. "You wrote the book, each page and each chapter; you are my poetry, and song," she sings. "Each moment I try to capture all of the magic that you bring along." One could easily take the message and apply it to the object of their own awe: a higher power, a loving relationship, or maybe an enduring star whose positivity and talent continues to inspire after all this time.