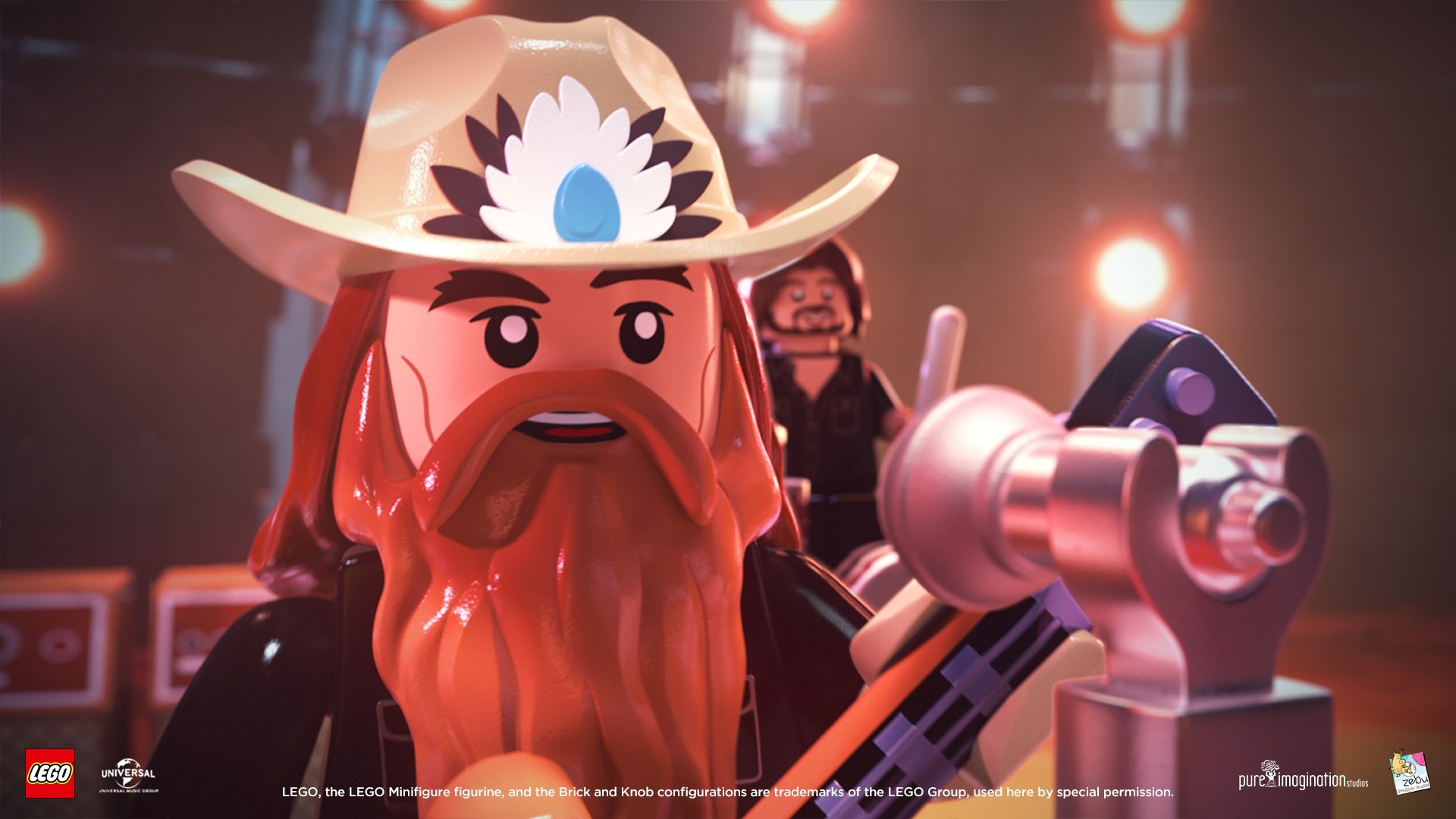 The idea of success, especially as it relates to being a musician, songwriter, and/or performer, has always been a wily, shifting idea. What are the benchmarks we use to determine someone’s level of notoriety? What are their claims to fame? Owning a tour bus? Having your first number one hit? Being the musical guest on SNL? Having a highway named after you? Or perhaps a proclamation from your local public figures designating a [Named After You] Day?

Well, for everyone’s favorite bluegrass powerhouse vocalist turned mainstream country star and global sensation Chris Stapleton, success isn’t measured only by a cameo appearance on HBO’s Game of Thrones. How about having LEGO figures modeled after you, your wife, your band, your stage set, and your otherworldly, music-hating fantastical arch-enemies?

It may seem a little off the wall for an artist who, while ceaselessly compelling, is generally reserved and counterintuitively subdued — despite his music and window-shaking voice being anything but. But the video is whimsical, painstakingly detailed, expertly crafted, and damn, it’s entertaining. Watch LEGO + Chris Stapleton’s “Second One To Know” right here, on BGS.

Still courtesy of the artist.