From Pop Stars to Pitchforks: A Conversation with Megan Mullally 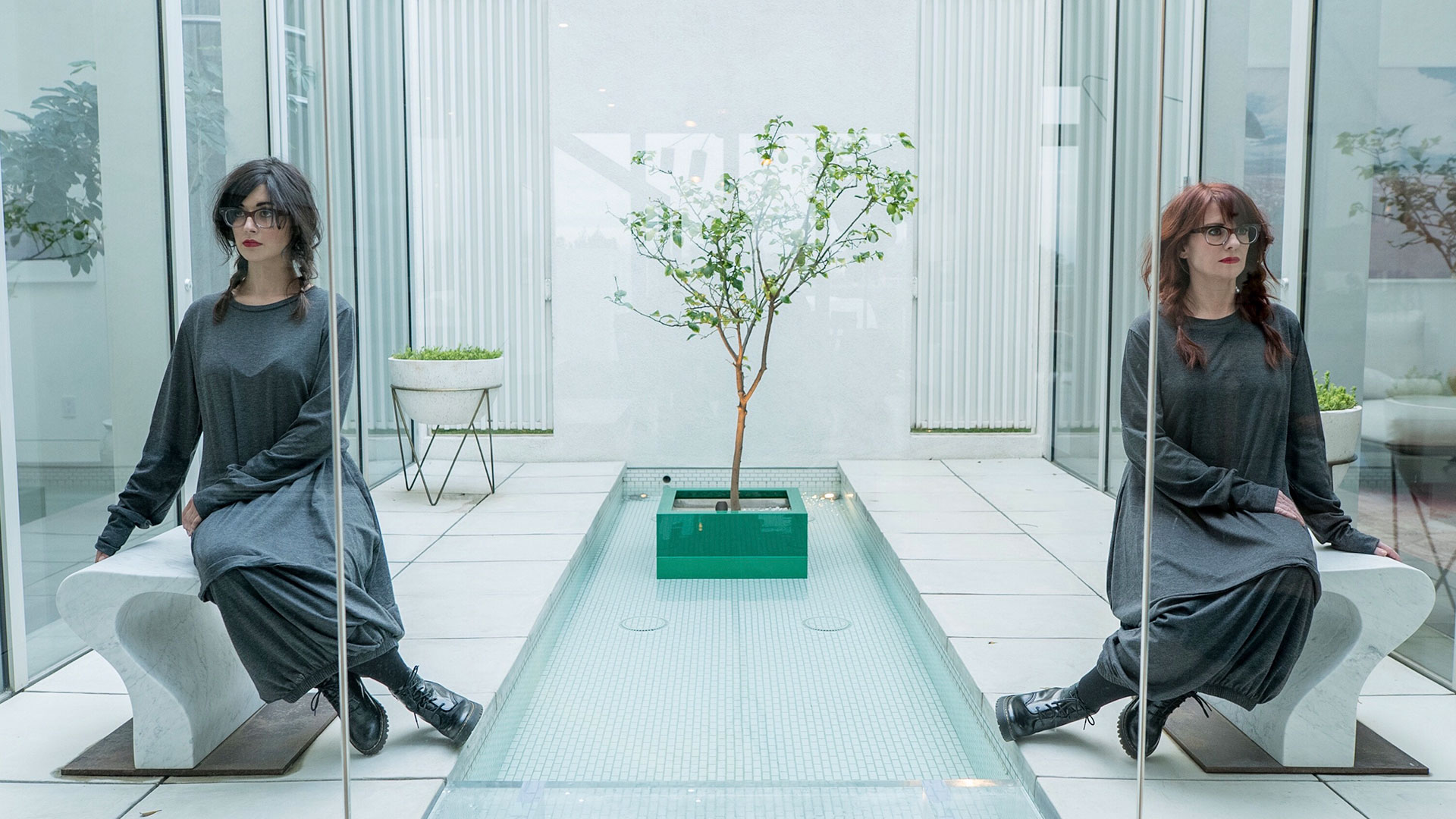 Some people cover songs and some people downright inhabit them. Megan Mullally and Stephanie Hunt (aka the duo Nancy And Beth) take songs and peel off their clothes, give them a little sweet loving, read them some Proust, show them a few Mel Brooks’ films, and send them back out the door with a smile on their face, a pat on the rear, and a whole new way of seeing the world. Just queue up their version of Gucci Mane’s “I Don’t Love Her” from their new self-titled LP to see why: It takes some wildly dirty, arguably misogynistic lyrics and turns them all into a mischievous, vaudevillian coo that owns the words instead of falling victim to them. It’s also pretty darn funny, but don’t be mistaken: These two women can also sing the heck out of some George Jones.

Mullally and Hunt, both known primarily as actresses — Mullally, most famously on Will & Grace and Hunt, on Californication — have strong performing backgrounds, and though they’re 30 years apart in age, they’re kindred musical spirits. So they formed Nancy And Beth (and no, their middle names are neither Nancy nor Beth; they just thought the combo sounded funny), started performing live together complete with choreography, and created a hit list of songs to cover that range from country classics to blues standards to, yes, Gucci Mane.

Growing up in Oklahoma, Mullally actually got her start as a singer, training herself on her parent’s collection of records, and had her first big break in a Broadway musical back in 1995, before Will & Grace. Nancy And Beth is a serious project — it’s not a novelty act — but it certainly embraces a sense of humor and an era when artists viewed a concert as a place for well-rounded entertainment and that musical theater spirit.

Your music is both carefully crafted and entertaining. Do you think that’s an approach that has been lost these days? Music is often either very serious and well done or silly and void of meaning — not both.

When I was growing up, there was much more of a mix of music, with someone like Roger Miller being on the more critically legitimate end of the spectrum, but then there were weird “itsy-bitsy-teeny-weeny” kind of songs, too. There was this crazy novelty aspect that you don’t hear anymore. Now everything is so dire, and I’ve gone through that phase, too, and that was fun and, who knows, maybe my next record will be like Beyoncé’s Lemonade where I just fucking rake [husband and comedian] Nick [Offerman] over the coals. Well, I guess he has to do something wrong first, which hasn’t happened yet. But there’s always tomorrow. [Laughs]

[Laughs] You’ve always done both acting and singing, but you’re known more as an actress. Why do people make such a big deal out of actors starting singing careers? Doesn’t playing music on stage have an element of theatrics and character play, anyway?

Well, there is a double standard. It’s totally allowed, if you start as a musician. But if people know you first as an actor, then no way. I’m perceived as an actress and suddenly it seems I have a band and, “No, that’s forbidden!” But if you’re a pop star and you decide you want to take a swing at acting it’s like, “Yes, please. Come and collect your Oscar!” Who knows? I stopped caring about it. But I did have a horrible interview with someone nameless for a smaller town paper and the guy didn’t get anything about [the band] — he was like, “It’s called Nancy And Beth. Well, as far as I can discern, none of you are named Nancy or Beth!” I was like, “Um, yeah, you’re right …” [Laughs]

Well, not everyone knows your back-story … or knows how to use Google, apparently. What was the music that you first fell in love with as a kid?

I grew up in Oklahoma and there was only one radio game in town, and they played everything: They had to be all things to all people. I think that influenced my taste for different genres. I know bands that have a distinct sound, but that’s why I like our live show: You go hear a band and, after about five songs, you’re like, “I’m bored.” We’re all over the place, and that’s why shows are so fun and everyone has such a great time. But I loved the Monkees — Davey Jones was my first love, not going to lie. My parents had a lot of Barbra Streisand and Judy Garland because, apparently, my parents were two gay men? But when they would go out, I would put those records on and pick a song and keep playing them over and over until I knew every song on the record, and that’s how I learned to sing. I always loved anything kind of bluesy, Barbra Streisand and Judy Garland fall into that category, I guess, but I had a feel for that. Early Bonnie Raitt and Janis Joplin, they had a bit of a bluesy flavor. I loved early Willie Nelson — I still love him. There’s something a little bluesy about a lot of country music from that era.

Do you enjoy modern country music at all?

I don’t know any of it, because it all sounds like power pop to me. “I got my pickup, I got my dog!” I mean, I love Patty Griffin, does she count?

Probably not! But that’s a lot of diverse influences. How did Nancy And Beth’s sound evolve early on?

[Stephanie and I] are like two little kids playing. I know that neither of us is particularly analytical. But we never had a conversation because we never had to, since it flows really easily and we just do whatever we want. We didn’t have a big “Come to Jesus.” I will say, the most kind of poignant interesting little detail is that we used to open all of our shows — we took a three-year break because of my schedule, but before that when we were performing at Largo [in Los Angeles] — we used to open every live show off-stage with just our tambourine and do that White Stripes song “Little Room.” It kind of sums up everything that is good about the band. And it reminds me of my childhood because I spent a lot of time literally in my room, making up all these elaborate scenarios that I would perfect and show to my mother who would unfailingly tell me I was a genius. I feel like that “Little Room” song is a great description of whatever it is that we are.

Your version of “I Don’t Love Her” is a great summary of what Nancy And Beth does well, too: It’s pretty hilarious, but also smart.

[When] that song popped up and I was like, “What a beautiful song title! So interesting.” Then I heard it, and I was like, “What? No!” And we were just dying. We were sitting on my bed with the lyrics printed out and, oh my God, we were dying. Then we added it to the repertoire and eventually the recording.

It’s a nice reclaiming of some unsavory words used to describe women … by our president, of all people.

Yeah, that is good. And I never change the gender. I want to be as true to the song as I can be and the gender doesn’t matter. That’s more interesting.

Speaking of our president, you’ve met him before: You guys sang the theme song to Green Acres together at the Emmys in 2006. Trump wore overalls while you were dressed quite glam as Karen from Will & Grace, which was perfect. You were competing for something called “Emmy Idol,” and best version of a classic television theme, and we all know how much Trump loves a good competition.

It was a stupid thing to begin with and normally something I would dismiss out of hand, and I was getting ready to do that when they said, “But we want you to do the theme to Green Acres with Donald Trump,” and I was as like, “Oh, wait!” At the time, it was the height of his popularity on The Apprentice, and everyone thought he was hilarious, like someone playing a character — pompous and extremely arrogant — and I don’t think anyone thought he was actually like that. Now we know different. At the time, it seemed like a great idea. It was called “Emmy Idol” and people were calling in and voting, and there was going to be a winner. So we rehearsed, and it was fine. I talked to him a little and was like, “This guy is funny,” since I was giving him a lot of shit and he seemed to roll with the punches. And I was like, “Well, that’s good, he’s playing a character.”

And now we know otherwise …

Well, then the next day the phone rang, and he called and he said, “Listen, we really needed to win that thing and we did, and you were a part of that. And not only did we win, but I heard we crushed it. It’s a landslide.” I thought, “This guy is out of his mind. Who cares?” I just thought it was funny to make Donald Trump wear a pitchfork and overalls. I thought that was funny, and that was the only reason I did it. He really wanted to win that thing, and he got his way. Then, when he was running for president, I was like, “Oh, shit! If he wanted to win Emmy Idol that badly, how much does he want to win this?”

Well, getting Donald Trump to hold a pitchfork was kind of your own win, I think.

And I am proud of that. 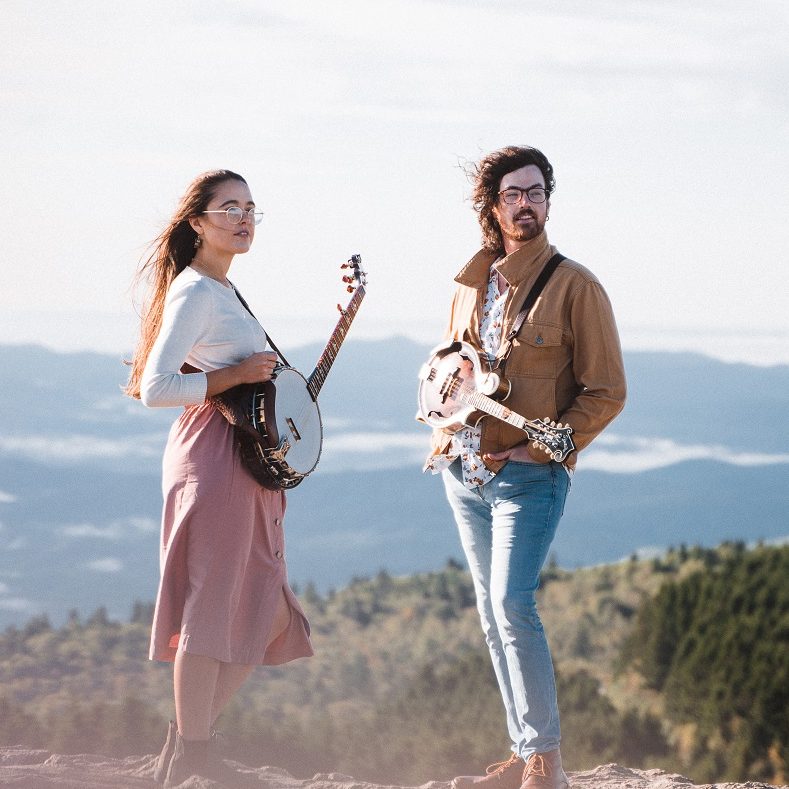