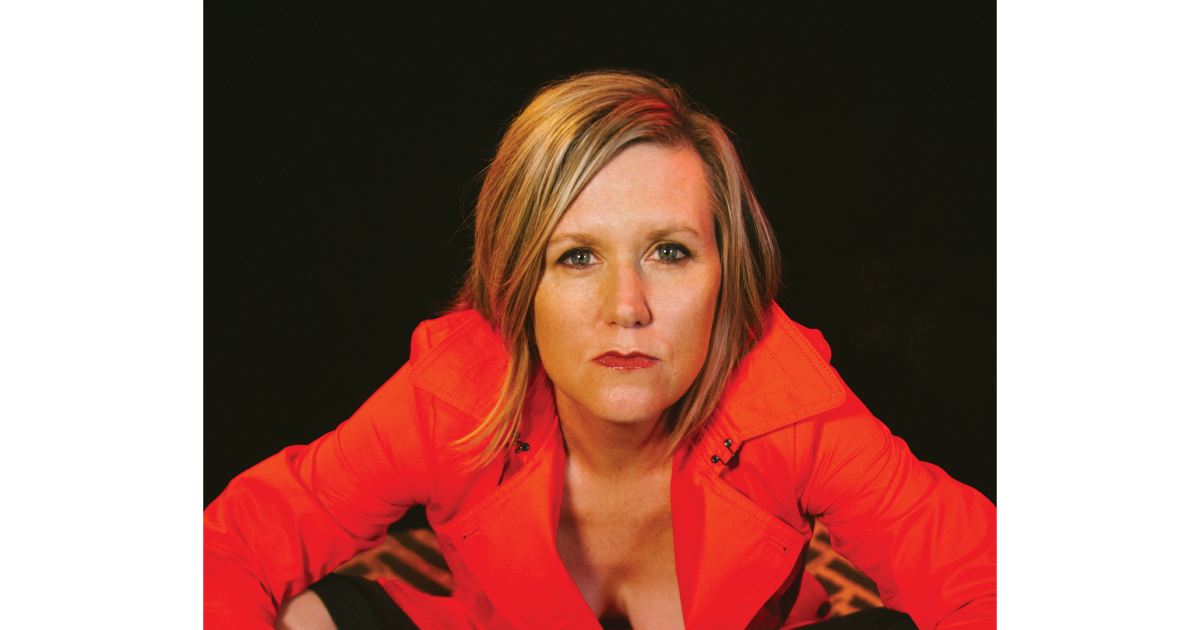 For the last decade, many queer singer-songwriters have doubled down on laconic melancholy, so it’s pleasant to hear Garrison Starr’s new album, Girl I Used to Be, has the ease of Dave Matthews or Sheryl Crow, but Starr is more open about her sexuality on this album than her previous work. At 45, she is older than a cluster of younger generation of performers (some queer, some writing about queerness) who are still working through experiences of gender, sexuality, and religion.

Listening to her new album, one can hear connections to work like Semler’s “Youth Group,” a small, pointed folk song about discovering that you are queer after a youth group lock-in, or Stephanie Lambring’s lacerating attack against homophobia, “Joys of Jesus.” There are also echoes of the joyous call for selfhood in some of Katie Pruitt’s best work. Starr has written with Pruitt, and “The Devil in Me” from Girl I Used to Be was at first intended for her.

“I was sure that would be a song for Katie’s upcoming record,” Starr tells BGS in an email interview. “But she didn’t take to it like I did, and truthfully, I’m happy because I realize how much that song really is a biography of my experience and of my questions as well. I love the curiosity in it and the sense of breaking away from something that doesn’t serve me anymore. I’m not sure where I fit in with Christianity at this point and even if I’m drawn to it, really. The hypocrisy and elitism, at least in the evangelical church, is repulsive to me, and though I think the story of Jesus’ love and redemption is the best thing about any of it, I’m still searching. I believe in a power greater than myself that I choose to call God — that’s all I really know.”

Lyrically there are places where Girl I Used to Be points to the woman she is now, while still drawing on the memories of her childhood in Mississippi, trying to fit in. This merging of past and present give Starr an authority which leads to a commitment to declarative sentences via a voice that is often plainer and clearer than younger queer performers. She is most declarative about issues of sexuality and geography, particularly on her best West Coast songs.

On “Downtown Hollywood,” Starr tells the story of a runaway that gradually shifts from third-person into first-person. She sings about how “they were raising and they were failing” and trying to “cash it all in.” It has a jab against kids with so much privilege that they didn’t need to grow up, and thus, is a grown-up song, almost burnt out, almost jaded about a town Starr still claims to love.

“My only advice to anybody is to find your authenticity, lean into it and never look back,” she says about her adopted hometown. “Los Angeles is a funny place… it’s changed so much and it hasn’t changed at all. The homeless situation here is definitely worse since I came in the late ‘90s. Some of my favorite old haunts aren’t there anymore, but new stuff has popped up in its place. The hustle, the funkiness, the freedom and the hills haven’t changed, and that’s really what made me fall in love with it in the first place.”

Starr grew up in the Deep South, spending some of her undergrad years at Ole Miss, where she was in a sorority. Feeling restricted in that environment, she moved to Los Angeles in the early 1990s. Her major label debut, Eighteen Over Me, was released by Geffen in 1997, and the sudden attention was complex for this queer songwriter. She has mentioned in an interview with Mississippi Today that in her mid-1990s heyday she was told by handlers not to butch it up too much, to avoid the tomboy aesthetic.

Her subsequent career was as an independent touring artist and a successful jobbing musician. She has sung back up for Mary Chapin Carpenter, worked with Josh Joplin, covered the Indigo Girls, and ended up on the soundtrack to multiple television shows, including The Fosters and Grey’s Anatomy. In 2019, her song “Better Day Comin’” was featured in a trailer for the Oscar-nominated Mister Rogers biopic, A Beautiful Day in the Neighborhood. In addition, her production credits include Margaret Cho’s Grammy-nominated comedy album, American Tragedy. “Margaret is one of the most generous and down to earth people on the planet. I am grateful to know her and have had the opportunity to work with her,” Starr says.

Girl I Used to Be builds upon all of this complex history, while at the same time, provides a way into the future.

“I’ve spent a lot more time in my studio, working on production and mixing, and I’ve been able to continue to create content,” she says about the past year. “My business hasn’t been dependent on touring, thank god. I realized a while ago that if I want to make a living in this business, I gotta figure out how to diversify. So, I write a lot of songs with a lot of people, and I make sure some of them make it into TV and film so I can afford to be an artist for a living.”

Like many contemporary singer-songwriters, a paradox exists between the authority she shows in her music and the helplessness she felt about the political situation as she was writing the record. She says that the song “Dam That’s Breaking” is a response to the administration of the 45th president. He was, she says, “empowered and embraced by evangelicals, even though they knew it was wrong. It’s definitely about religious hypocrisy as well as greed and power, cowardice, selfishness and everything else that makes you feel like the walls are closing in on you and you are powerless to stop it.”

What Starr has to say about long-won battles, about landscape, and about power, through the lens of knowing, has something to teach younger queer artists, and can be an example for a young artist striving to write with a strong sense of place, delicate emotion, and a talent for observation. For example, her song “Train That’s Bound for Glory” is inspired by a remark by her late grandfather at his birthday party.

“He loved to goof around and he loved to pick on you,” she says. “They were singing him ‘Happy Birthday,’ and he carried on about not being around for his next birthday and that it was ‘probably gonna be my last birthday. … He ended it with, ‘Yep, I can hear the whistle on the train that’s bound for glory, calling me home.’ I knew of the Guthrie song, but I had honestly never heard it until after I wrote my version.”

As a whole, Girl I Used to Be answers the question of who the girl is now: a queer woman attempting to reconcile her history and her present. She embodies a queer desire to reinvent oneself in another space. You can have a career anywhere these days, and stories of the Midwest and the South have become central to new LGBTQIA stories — and so the exile motif in Starr’s work might be another kind of lived-in quality. Her experience shows that finding home does not mean exile.

One such example is “Make Peace With It,” among the album’s most trenchant moments. Starr says, “Well, the lyric is, ‘If I’m ever gonna live this life, I gotta make peace with it.’ I was thinking in that moment about how much I was struggling to hold onto blame for the rejection I experienced in the church, for the way I felt like my career wasn’t working like I wanted it to, and name whatever else I felt victim to for a long time in my life. I finally got to a place, through what I’m calling grace, and I’ll explain that in a second, where I realized I’d rather be happy than be right. (Thank you, Alanon.).”

She concludes, “What I mean by grace is that there have been so many times in my life where I have been accepted, as I am, by people who truly love me, when I’ve been at my absolute worst. That is what I mean when I say grace. Grace is love, no matter what.”