Get Off Your Ass: March 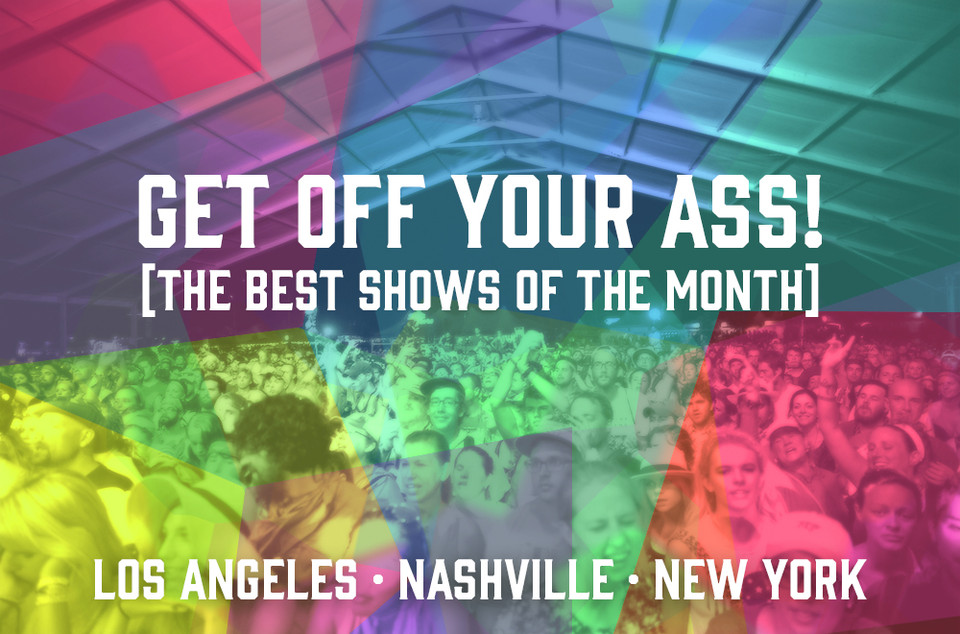 Darlingside’s dreamy, one-voice harmonies drive the engine of the group’s self-described “string rock.” Their latest, Not to Disappear, is out now.

Bridges is the hottest act around with a vintage flare and Sam Cooke-esque, swoon-worthy vocals while opener Son Little puts an urban edge on to his version of nostalgic soul.

The diversified music of Elephant Revival incorporates influences from Celtic music to jazz to reggae to create a rounded-out genre of folk. The duo Mandolin Orange continue to maximize their beautifully throaty harmonies and classic bluegrass-folk.

A glorious blend of folk vocals and soft electronics provide a foundation for the quiet celestial music from Daughter.

Osborne strokes a rockin’ blues guitar that could feel at home in a swamp-side bar near the bayou and Sister Sparrow (and her Dirty Birds) bring sparkling funk and soul to match as a supporting act.

Deer Tick’s party energy and riff-raff vibes mixed with an introduction by Mutual Benefit’s psychedelic, scenic sounds come together for an enveloping evening at City Winery.

Hot on the tail of their latest album release, Let Me Get By, Tedeschi Trucks brings yet another perfectly aged and blended batch of soulfulness, twang, and rock.

The immensely talented John Prine brings his timeless storytelling to the music cathedral of Nashville.

A killer lineup of legends paying tribute to a master songwriter in Kristofferson … all in one night.

If you’re missing the early sound of Mumford and Sons, Judah and the Lion homes in on the energy of nu-folk pushed by rolling banjo and filled out with warm strings and harmonies.

You’d most certainly recognize this Brit’s song “Lightning Bolt,” but take a listen to his new single, “On My One,” and feel the depth of '60s/'70s folk and blues echoing throughout.

With another Grammy to add to their collection — for Best Folk Album 2016 — the husband/wife duo combines an epic musicianship of the banjo with an innovative and diverse playfulness that makes each performance from them truly magical. GO and see the sparks fly.