Getting Better with Age: An Interview with Leigh Nash 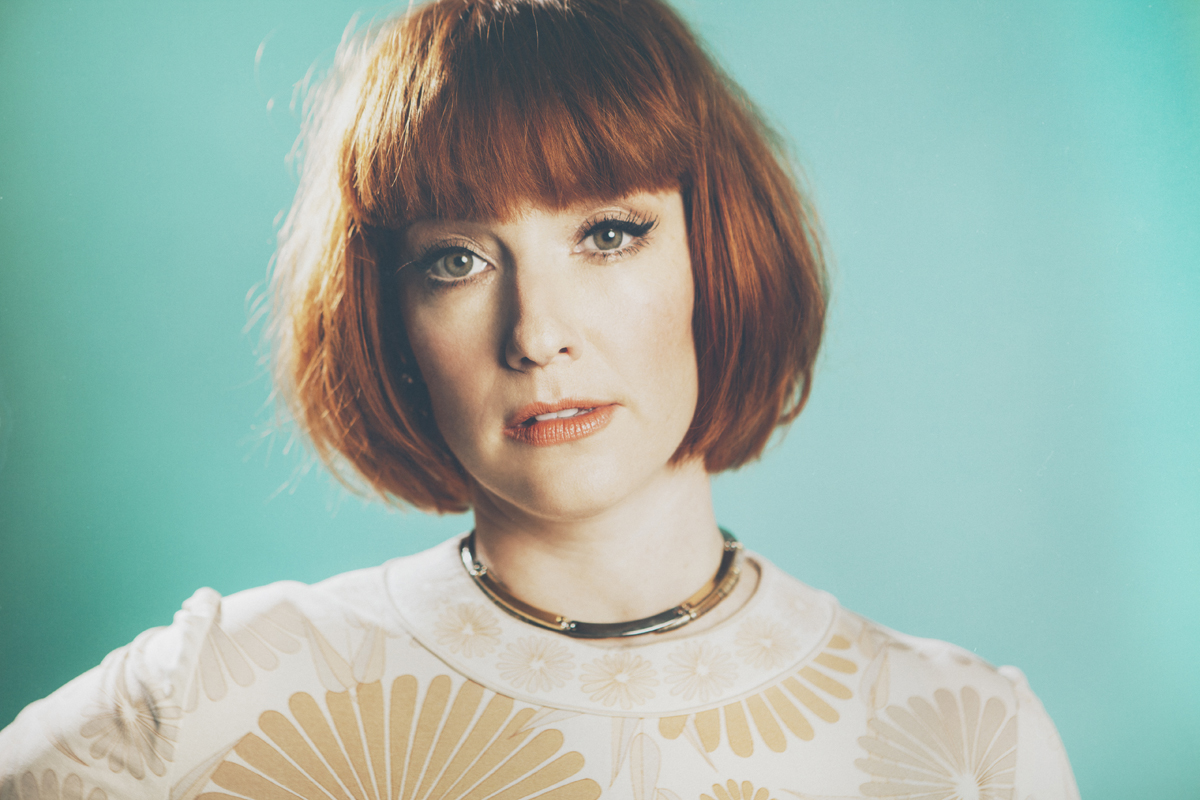 Singer/songwriter Leigh Nash grew up in rural Texas with country music and mariachi bands filling her ears and her heart. Though those influences are hardly evident in her pop work with Sixpence None the Richer, Nash's new album, The State I'm In, puts them center stage. The set is a mix-and-match collection of original tunes that harken back to days gone by. Some ring right out of Tennessee, while others echo back to Texas or point west toward Southern California. But all of them reflect Nash.

A lot of different eras and styles are on this new record of yours. “Cruel Heart” is about as close to a Patsy Cline melody and vibe as I've heard, but then “What's Behind Me” heads straight for Southern California. Were you wary of putting all those elements side-by-side on one record?

A little bit, and I don't think I really thought that I was going to be mixing it up as much as it turned out that we did. But it was inevitable. I think a record full of “Cruel Hearts” would have been kind of boring, so I'm glad there are a lot of styles represented, because it represents my history. I've been around making records for a long time, so I think it was bound to happen.

One of my favorite topics is exploring how geography affects artistry. I know that's playing a big part here. Talk to me about Texas Hill Country. How did growing up there make you who you are as an artist?

That is such an interesting subject because it informs my family's musical taste, as well. My parents and my grandparents are all from this tiny town in east Texas called Carthage. Jim Reeves was from around that area. I think he might've been from Shreveport, LA, or somewhere like that. So Jim Reeves ended up being one of my favorite artists because … my grandmother had these eight-tracks. She had Conway Twitty and Loretta Lynn, Patsy Cline, Jim Reeves … and I was just obsessed with those artists. That just kind of continued with the records that my parents had around.

Then, on the trips we would make into San Antonio pretty often to go walk on the Riverwalk or eat at the restaurants there, I constantly was able to hear mariachi music. I loved it and associate that with home. Just the sound of it makes me homesick. So, absolutely, geography informed so much about this record.

The other thing that stands out for me, here … the lilt in your voice is still there, for the most part, but it also feels heftier on the new record, at least compared to the big Sixpence hits. Is the new musical setting to credit for that? Or just, you know, life?

I think it's life and age. I'm coming into my own, probably more so than ever. I'm in my late 30s, as a vocalist. I listen to records — from the very first one that we ever put out which came out in '92 or '93 — and, yeah, I sound like a different person to myself. It was kind of terrible. [Laughs] I can't believe anybody wanted to hear more of some of that stuff … because of me and not the songs. My voice was so puny. I'm definitely a better singer than I've ever been. I'm not saying it sounds better, but to me it does. It sounds better and fuller and, yeah, just more experienced because I am all those things.

Just don't lose part of your range, like Joni Mitchell did, from chain smoking and Corona drinking.

Oh, right. Exactly. Well, luckily I haven't picked up smoking yet, so I probably won't. [Laughs]

It's always bizarre to me when I see singers who smoke. I don't understand that.

I know. I think it's … if it's something you start young and they must just think, “Well, this is the way I'm going to sound because I've already started.” But, yeah, if I were to start smoking now … [Laughs] To get that kind of effect on my voice would be kind of sad, I think.

It would be a whole other record you'd have to make. [Laughs]

So, loss is a recurring theme here, in various incarnations. Have you found that grief is grief no matter what it is that goes missing? Or have there been wildly different experiences of loss for you?

No, not wildly different. And, yes, I do think grief is grief, to a certain extent. There are probably certain things in life that maybe surpass the average grieving experience. But loss is loss — that's a really good way to put it. I've had my share over the years of heartache and loss, so these songs came out of it. But I don't think they came out of that in a gratuitous way. As I reflect on the writing and everything, it's all definitely what I was feeling, and it feels really good to finally be putting this out. But I don't look at it as a record that's just entrenched in all my sad experiences. It is sad, though. But …

But it's not heavy.

Pouring all that into the songs must have felt pretty good.

It definitely did. Yes.

So how's it going to be, going back and playing them live? Will that be a different level of cathartic?

I think so. I'm so excited. And I have played them live quite a few times now. My favorite setting, live, is to do it with a full band, and we've only gotten to do that one time. So we'll be able to do that a little bit more as we go into the Fall. But a lot of times, it's just my husband and me playing them acoustically. Even that has been really fun and I keep hearing from people … and I don't know, because I'm paranoid that it's not enough, just him and me … but people keep saying, “It is. There's nothing missing. It sounds so great. The song is represented. I can hear the lyrics well …” And that makes me really happy. But, yeah, it's been wonderful getting to play them.

When they were brand new, I had a hard time getting through them. I would cry in some of the songs. Now, that's not happening anymore, so there's no risk of an emotional breakdown on stage. So that's positive. [Laughs]

Things are looking up! [Laughs]

And that's the test of great songwriting … if it can stand up in an acoustic setting.

Right. Yeah. I hope so. I think so. There was a wonderful morning show at the Country Music Hall of Fame [recently] with Suzy Bogguss. I was thinking that about her, about how wonderful her songs sounded just with her, her guitar, and her lovely voice. So I agree. 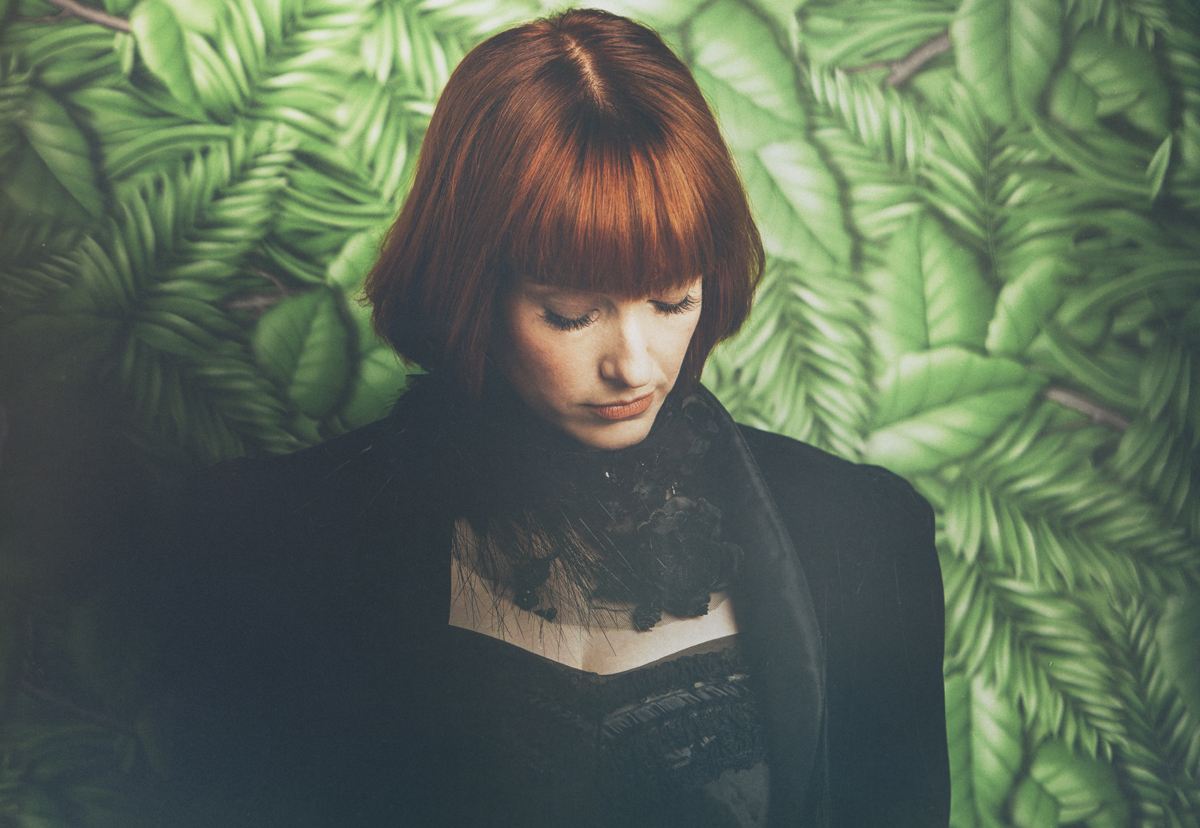 To write real country songs … and I agree with you on this … you feel like you had to live some life first. Do you think that's part of mainstream country's shift toward pop? Because nobody would buy a 20-year-old singing “Stand by Your Man” or “Crazy.”

They kind of have to make it a little bit fluffier.

That's a really good point. Last year, I was having a day where I was like, “This is just pointless. I'm too old to be starting this entire new career course. This is silly.” My husband and a couple of friends made the point, “Who are your favorite singers?” Everybody that I mentioned were all up there in age and writing some of their best stuff. The point was quickly made that the bulk of the music that I pay attention to and listen to is because the person has more life experience and something to write about. So, yeah, I definitely agree with that. It takes getting some dirt on your clothes to really come out with a good story. [Laughs]

And it is a musical shift for you, but I don't think anyone should accuse you of being a carpetbagger. You come by this music honestly.

I definitely have. I appreciate that. I know. I had a guy, somebody doing an interview, roll his eyes. [Laughs] He said, “When I first heard you were doing this …” He rolled his eyes and said he thought, “Oh, Lord. Here we go.” But he said, “After I heard it, I was like, 'no, no, I totally get this.'” And hearing me talk about it a little bit.

Since you love both Willie and Patsy, is it safe to say that “Crazy” is in your Top 10 all-time favorite songs?

Absolutely. Yes. I mean “Walking after Midnight” … everything Patsy ever did. “Back in Baby's Arms” … I just obsessed over it as a kid and tried to sound just like her. That's how I first started singing in the first place because my dad was very entertained by me just mimicking her.

[Laughs] That is interesting. There are a lot of things about her voice that make it worthy of imitating. The inflections she used … there's so much. It's so rich. I think it probably made it a challenging landscape, vocally, to try to go and try to copy. But my dad thought it was hilarious. That's why I did it. [Laughs]