Glen Hansard: A Career in 12 Songs 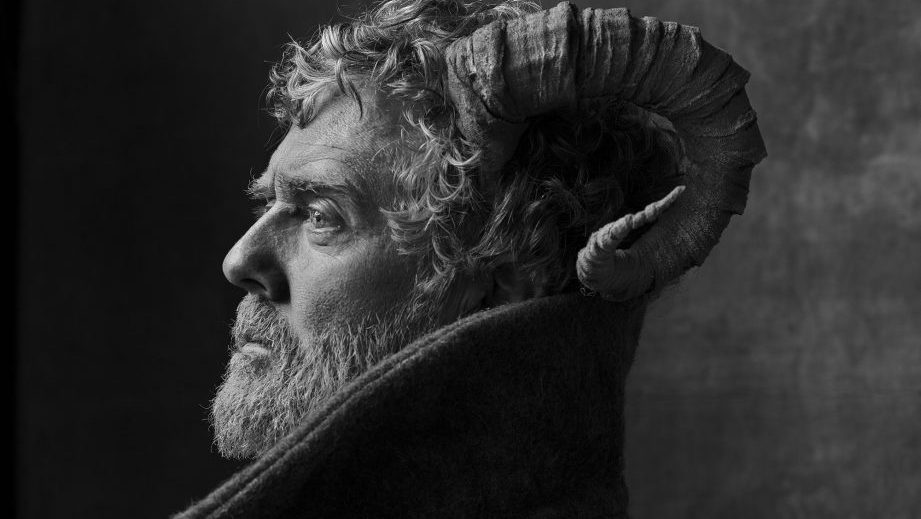 Glen Hansard is a world traveler, a trait that is reflected in his tour calendar as well as his catalog of music. With his new album, This Wild Willing, he incorporates the textures of Iranian musicians he met while in Paris, where he decided to hunker down for a few weeks and record. Admittedly tired and under the weather, his singing voice is quieter and lower than usual on the album, although there are moments when he roars. And when he does, it’s as thrilling as his live show – like an electrifying moment in a listening room.

With his European tour dates now behind him, Hansard will embark on an American tour on May 29. His career stretches from rock bands to movie soundtracks to confessional songwriting, so it’s hard to predict a set list from an artist as prolific as Hansard. If you asked BGS to create one for this iconic Irish musician, though, we’d respectfully submit this one.

A highlight from This Wild Willing, “Don’t Settle” stands as an anthem to persistence, especially when you’ve been criticized from every angle. Rather than dwelling on the negative, though, “Don’t Settle” is uplifting and a reminder that, as he puts it, “You’ve worked hard for your luck.” Listen for Marketa Irglóva, his co-star of Once, whose earthy harmony underscores Hansard’s delivery here.

This song from 2018’s Between Two Shores would have fit right into The Commitments, with its moody lyric and “Dark End of the Street” vibe. It’s about that moment where the woman wants to leave and the man wonders why she’s giving up so easily. Lyrics like “You’re talking about a change now / but those changes aren’t with me” are particularly stinging, soothed only by a horn section that comes afterwards.

“When Your Mind’s Made Up”

The acoustic guitar intro still gives me all the feels. It’s a catharsis and a therapy session, wrapped up in a vocal workout. The dynamics are incredible, particularly the emotions that crest near the end of the song. When you can’t live with somebody, and yet can’t live without them, this is pretty much an anthem. I’ve included a breathtaking version from The Swell Season’s 2006 self-titled album, also worth seeking out.

This Wild Willing takes its name from a lyric in “Mary,” a love song that captures that moment of finding yourself open to a new relationship – in other words, turning your wildness of independence into a willingness to share your life. The string section gives it a sweeping, dramatic feel, and the delivery is subdued. This Wild Willing is an album that reveals itself over time, and this is one of its gems.

You know, it’s next to impossible to sing with Glen Hansard, as his range soars and falls away at a whim. This track from the 2012 album Rhythm and Repose is the exception, thanks to the lay, lay, lay… that weaves through the lyrics. Rhythm and Repose may be the most approachable album in Hansard’s solo catalog, with moody gems like “Love Don’t Keep Me Waiting,” “This Gift,” and “You Will Become.”

Hansard isn’t shy about a cover song. Dig around and you’ll find him singing Dylan’s “Pressing On” as well as a particularly rousing “You Ain’t Goin’ Nowhere” with Irglóva. He’s also sung “Coyote” for Joni Mitchell and “People Get Ready” for Mavis Staples. And let’s not forget The Commitments. But… a sarcastic Justin Timberlake pop smash with Hansard’s explosive delivery? Yes please.

This Oscar-winning song inevitably winds up in Hansard’s set list, but the last time I saw him play, it was close to the middle of the set. It’s the crowd-pleaser that will help him attract audiences in the decades to come and it’s sure had plenty of exposure in the Once musical and on prime-time singing competitions. Still there’s no denying the chemistry between Hansard and Irglóva on this modern masterpiece.

A celebration of the joy that music can bring you, “Good Life of Song” brings a beautiful sentiment to This Wild Willing. His near-whispered vocals give it an intimacy and warmth. In some ways it’s a message of thanksgiving, and approaching eight minutes long, it’s also entrancing. When it comes to touring, performing, and writing about the human experience, one gets the feeling that Hansard is a lifer.

I first Hansard sing live at ACL Fest in 2005, during a set by The Frames that I happened to encounter. Enthralled by their stage presence and straightforward rock ‘n’ roll sound, I became an instant fan, tracking down all the albums I could. “Star Star” has been a favorite since then, but it’s especially sweet in a live setting, with a few lines of “Pure Imagination” from Willy Wonka and the Chocolate Factory.

This track from 2015’s Didn’t He Ramble reminds me of an Irish blessing, with messages of positive reinforcement and hope. Hansard is a master of dynamics, bringing listeners to devastating lows, only to uplift them with an exhilarating melody and full-throttle voice. While these lyrics work as kind words to a friend, in a live setting, they could also serve as a stirring benediction to a night of splendid music.

“Step Out of the Shadows”

Hearing Glen singing unaccompanied is a powerful experience. This selection from the 2013 EP Drive All Night proves his expressive abilities as a singer, and carries the right imagery for an encore. He’s not singing only to “my little one” who needs encouragement; he’s also beckoning those folks who can join “a new wave rising strong.” Think of it as a universal statement sung by just one magnetic voice.

We all have our heroes, and for Hansard it’s Van Morrison. Hansard has performed “Into the Mystic” innumerable times — and it’s not an easy song to sing. However, it’s essentially part of Hansard’s canon now. Long may he rock our gypsy souls.