Gospel According to Kyshona: Be a Reflection 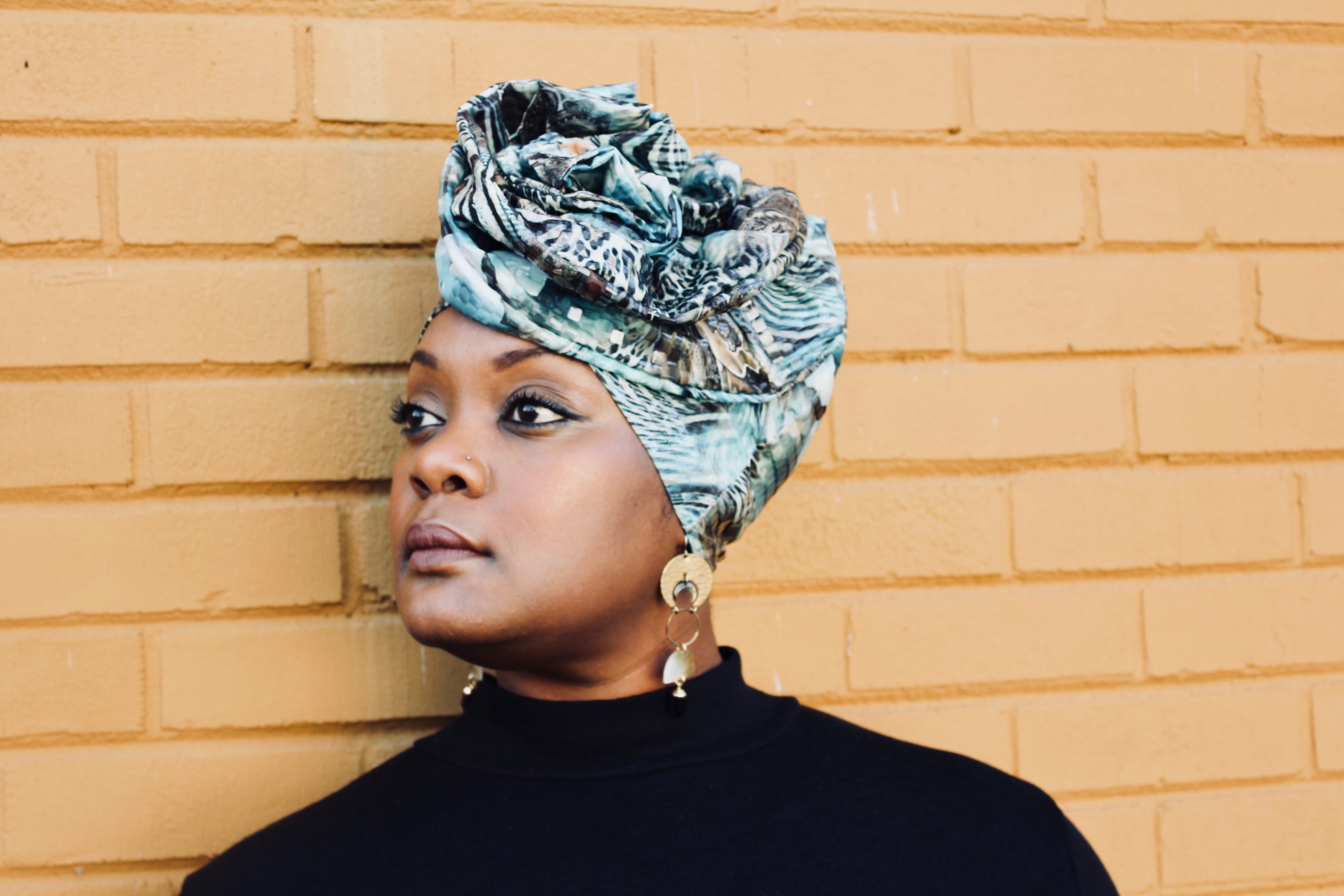 Kyshona does. The explorations on her brand new album, Listen — which are synopsized neatly on the title track — by many other artists could have easily and offhandedly devolved into a reactionary, “woke” gasp into the void. Kyshona (surname Armstrong), though, is a deft and empathetic songwriter, a storyteller with a penchant for shameless self expression and graceful introspection. Listen is not an admonishment. It’s not an imperative, or an oracle-given ultimatum. Kyshona does not implore her audience to hear her, but each other.

Over ten original and co-written songs the album carries on this mission with empathy, connection, community, and spirituality (but not proselytizing.) It’s a remarkable feat that though society systemically attempts to render her and women like her invisible, assuming that they’ll stand aside or allow themselves to be tokenized, Kyshona compassionately defies those expectations and opts to design her selfhood — and thereby, her art — to interact with the world on her terms and not the world’s.

BGS connected with Kyshona over the phone while she created still more music and community on the road in Los Angeles in early February.

BGS: It feels like you’re trying to hold listeners to task here, but there’s also so much grace on the record and there’s so much understanding in the lyrics. How did this idea of grace permeate the album? It feels so tangible to me.

Kyshona: Maybe a year and a half ago I had to come up with a mission statement for myself, to help me focus on what my point and purpose is. We all get caught up in the glamor, the whole shiny music business. That mission statement was, “To be a voice and a vessel to those that feel lost, forgotten, silenced, and are hurting.” There is no “right” or “left” to that statement. Those that might feel incarcerated — even if it’s not behind bars, but by their fears, their worries, the rules that they have been taught to live by — everyone has that in common, somehow.

What I tried to set forth in this album is just: Listen. From every corner that you look at it, we’re all just screaming at each other. Nobody’s really listening. The thing about “Listen.” is that it’s a whole sentence. It’s the most difficult thing to do. When we’re listening to someone share their story we automatically want to relate to them, “I have a story similar to that!” Or, “I know what I can do to help them!” That takes us out the moment with another person.

Something I learned as a therapist was how to be a reflection for someone else and we’re not really doing that [enough]. A mirror doesn’t try to fix anything.  I wanted this album to be like a mirror. The icky stuff, we’ve all got fears we’re walking in. We all know life can get heavy sometimes. We’re all walking around with some sort of baggage we carry with us from place to place. We all hit moments where we can’t go on.

I’m glad you brought it up, because it felt to me like the redemptive empathy — the listening — you’re trying to inspire with these songs is definitely informed by your therapy experience. How else does the music therapy filter in here?

I teach songwriting now at a women’s jail back in Nashville and when I walk into these classes with these women, they all say, “I don’t have a voice. I don’t have a story. I can’t sing.” That’s something they’ve been told since they were young and they believe it.

When I’m writing with someone who doesn’t consider themselves a songwriter, I remove myself from the situation. I try to put their words into it. It can be very uncomfortable if I try to put something the way I would say it in there. I’m always battling myself. I have to remember, this is their story, their words. I’m just there to be a reflection. As I learned in my practice, years ago, I was always there to lead people to finding their voice, to lead people to finding their story, and to lead them to finding how their story can help others. That they can take the torch and carry it on.

When people say they don’t have a story, when they don’t have a voice, I wonder if your experience as a Black woman — someone who is told by society writ large that you don’t own your own story or even have one worth telling — is that what you channel to show other people that they do? Do you feel that connection at all?

First, I feel as though I have to walk into a room in a very specific way, because of the way I look. Especially if I’m playing intimate rooms, like house concerts. I have to come in welcoming, as if I’m not a threat: I’m kind — I promise. I’m not going to say anything to put anyone off. When I start my shows I have to find something that all of us have in common, which for me is that we all come from someone. We come from somewhere. I talk about my grandparents and what they’ve instilled in me. I feel like a lot of people — not everyone, but a lot — can relate to that. Someone in their lives has given them guidelines to live by.

Then, eventually, I get into incarceration, what it’s like being incarcerated, how do we bring light into the darkness. I bring in the heavy stuff. I tell stories of the places I’ve been, the people I’ve seen.

Also, as a black woman, I feel like it’s expected of me to be the “oracle” that’s telling everyone– I don’t want to say it’s a responsibility, but there’s an expectation.

Yes, and caretakers. People don’t understand even the complexity of what I’m coming in front of them with. They don’t understand all the different levels of who I am, because I can only really present this one side, which is, “I promise I’m not a threat.” It doesn’t matter where I’m walking into, even when I’m walking behind bars I have to do the same thing. “I’m not a threat. I’m not here to judge you.”

I notice if I have a guitar on my back people do move out of the way, I get a little bit more respect. If I don’t, it’s amazing how invisible I can be and how I am perceived by others. Carrying a tool, carrying an instrument on our backs, can change or affect the way someone perceives us, off-the-bat, right away. Walking anywhere with a guitar on my back, it’s like, “Huh…” Cause that’s not common, to see a black woman with a guitar.

It’s always expected of me too, “You must have grown up singing in the church!” No, I did not. I was not leading choirs — people have an automatic story when they see me do what I do! — I was an oboe player and I played piano. That’s what I did.

This is actually another question I had! I wanted to ask you how gospel influences your music, but I don’t mean doctrine and I don’t just mean genre, either. Maybe the middle space between those two ideas, because that’s what I hear in your music. I hear the activist tinge of gospel, the civil rights aspect of gospel. So what does the gospel thread in the album feel like to you? I did wonder if people projected “gospel” onto you, like I did just now!

I grew up in a house with gospel music. My dad and my grandpa played in gospel quartets, so I was hearing it all the time. But what I loved about the gospel music that I was surrounded by was the ideas that were given by it: Joy. You’re not alone. The burden is not all yours. And I loved hearing voices blend. There’s something about voices being together, creating this one sound.

My faith doesn’t come into this. My faith is in people. My faith is in the fact that we can be better. [At] shows, people walk up to me like, “You’re a believer, aren’t you?” I’m not here to point anyone to God or guide anyone anywhere, I’m here just to be a reflection.

I have faith in a higher power. That’s what gets me through. But I also know that that’s not how everybody comes at life. Not everybody has the foundation that I do. I’m just here to let people know: I see you. You’re not alone. I know it doesn’t feel good right now, but somebody is out here. You might not even know them, but they get it. And let someone else know that you see them, too.

I’m glad you brought up being immersed in harmony, because I especially wanted to talk about your background singers on the album, Maureen Murphy and Christina Harrison. You’ve been singing with them for a while, right?

Yes! Well, Christina left us, she moved to Seattle, but yes! Christina and Maureen are who I started out with — like, if I could have a dream team that’s it.

What I hear in the vocals is almost sibling-harmonies level tight. You’re so in sync, on the same wavelength, and so much of that to me seems like it’s stemming directly from the community you have with these singers and musicians as well. These aren’t just studio musicians to you.

I consider these women my family. These are my sisters. These are women that I feel can read my looks, I can read theirs, we can say what we need to say and be done. I feel like they lift me up and support me — because I’m not a vocalist! I’m not a singer, I’m a storyteller. I don’t see myself as a singer. People say, “Surround yourself by people that are greater than you.” [Laughs]

Outside of that, these women believe in the message that the music carries. They also know the mission and they’re there for that. They’re ready to walk in it. And, both of these women wrote on the record. Maureen and I wrote “Fallen People” with our friend Jenn Bostic and Christina and I wrote “We the People.” It’s not only my voice, these are also [ideas] that they’ve been carrying around and feeling. 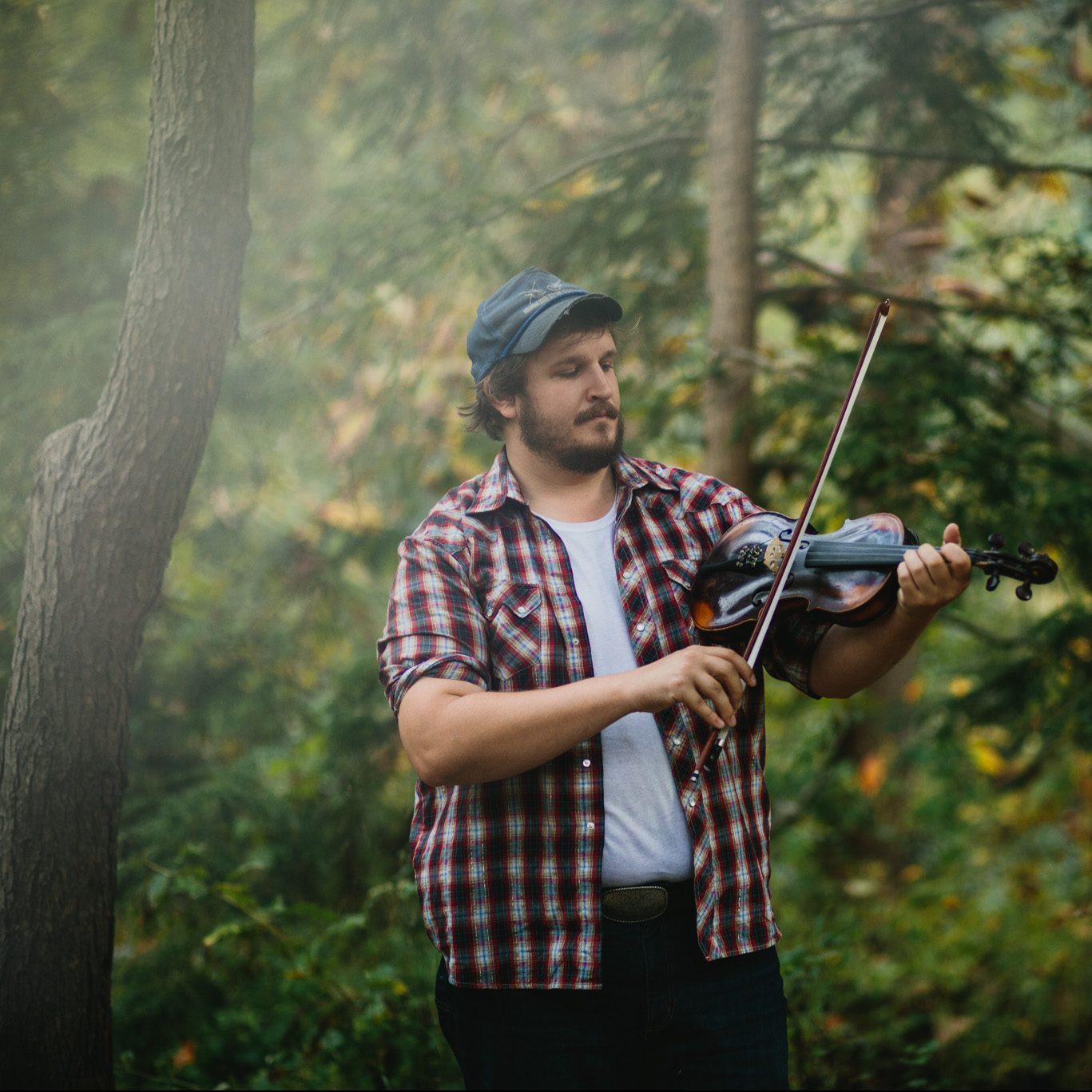 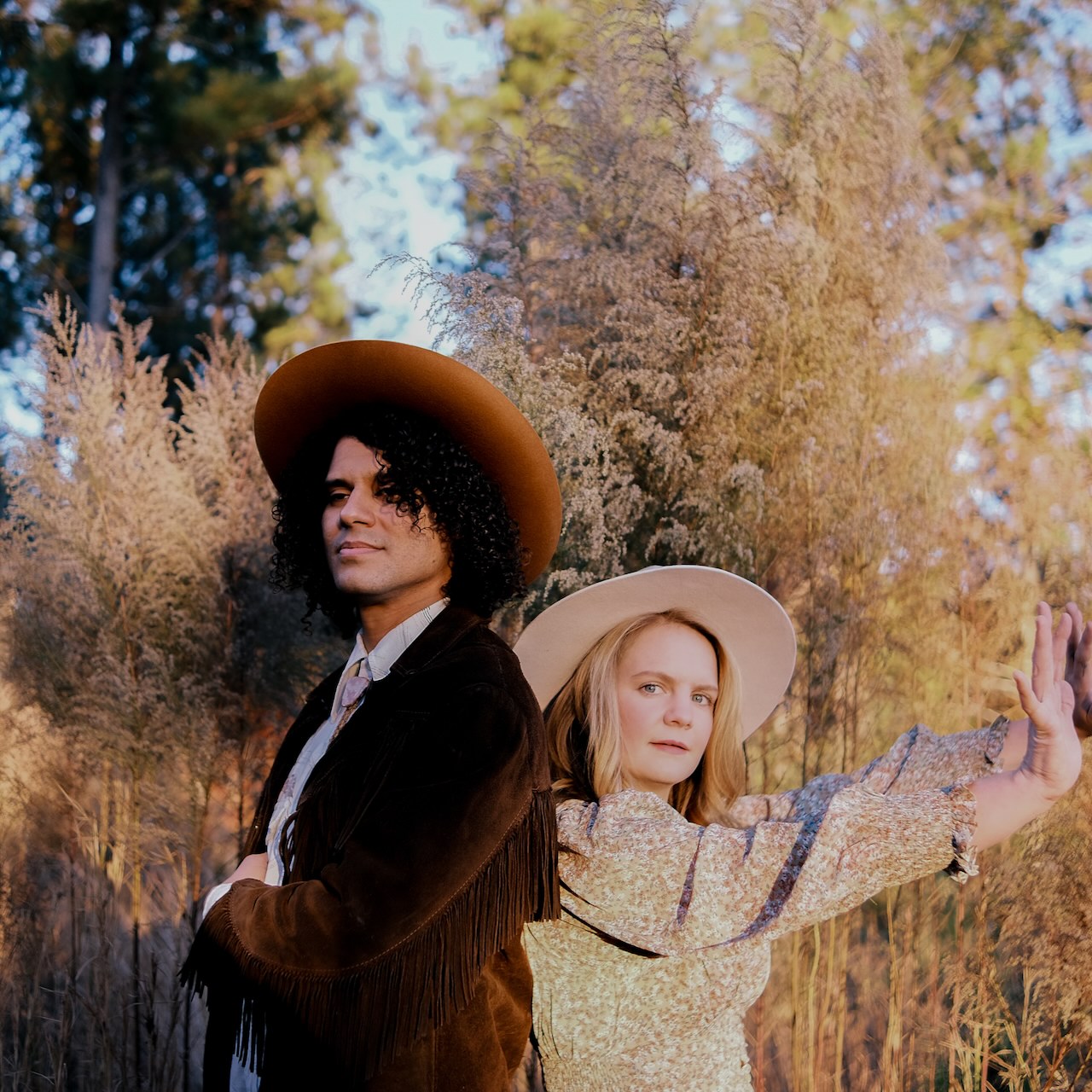 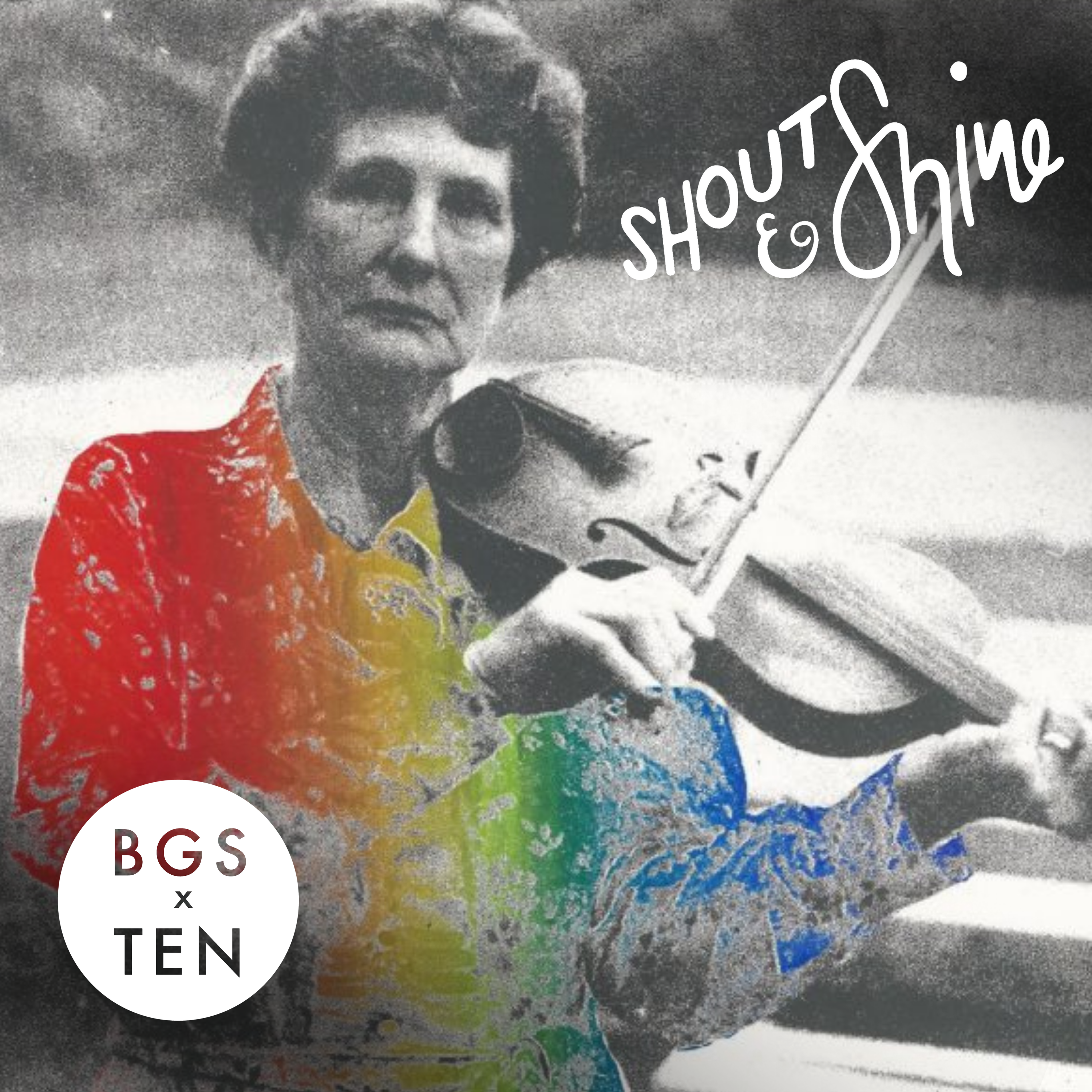