‘Heartbreaker of the Year’ 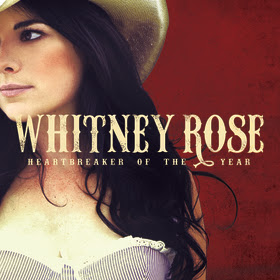 Inspiration for Whitney Rose’s sophomore set starts with the late, great Patsy Cline, whose spirit sings along on songs like “Little Piece of You,” the heartbreak jukebox ballad “The Last Party,” and swinging, swooning slow dancer “Ain’t It Wise.” The great girl groups of the '50s and '60s make an obvious imprint on the proceedings (especially on Rose's duet with producer Raul Malo on the Ronettes chestnut, “Be My Baby”) while the '70s sass of Dolly Parton comes to the fore on “Lasso” (albeit with a slightly sneering bit of guitar work from Rose’s main six-stringer, Nichol Robertson).

That bit of burlesque informs the raucous “My First Rodeo,” a high plains rider that sounds a little bit like Grease-era Olivia Newton-John fused to the soundtrack of a Dick Dastardly "drat-drat-and-double-drat" race chase. Nancy Sinatra’s sexy boots get a nod, too, on the title track, as well as the album’s best number — the flirtatious one-four-five of “The Devil Borrowed My Boots.”

Rose’s Mavericks-fortified philharmonic are workmanlike in their execution and Malo’s production is enjoyable but not evolutionary which, when all's said and sung, best describes this pleasant (but not progressive) collection of country rock songs. 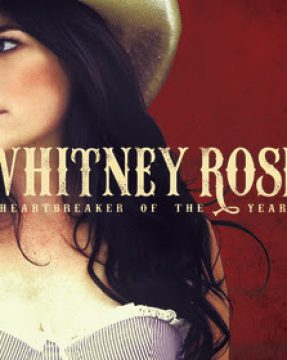