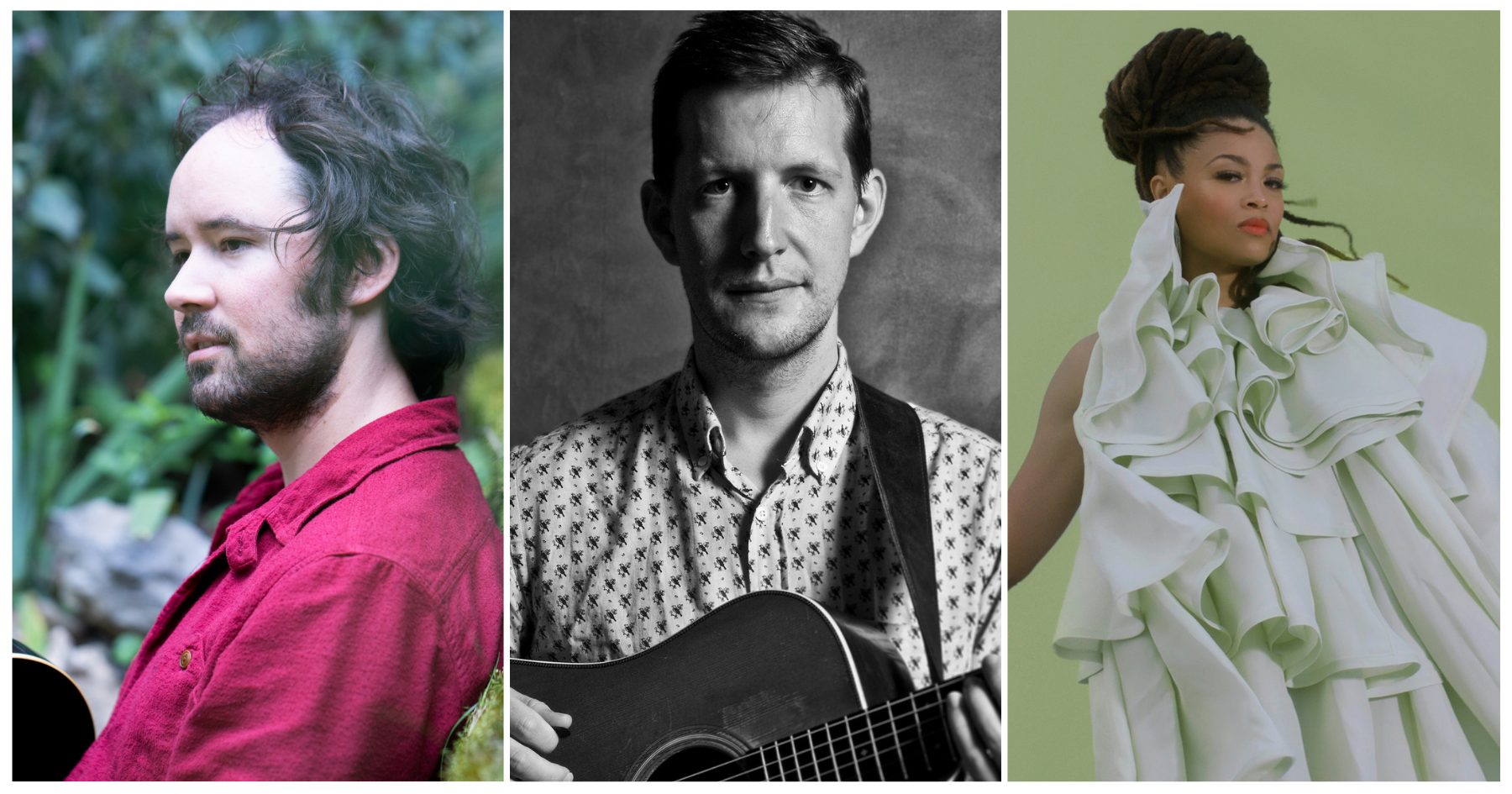 Welcome to the BGS Radio Hour! Since 2017, the Radio Hour has been a weekly recap of all the great music, new and old, featured on BGS. This week, we’ve got music from Ani DiFranco, Andrew Marlin, and a Whiskey Sour Happy Hour appearance from Chris Eldridge! Remember to check back every Monday for a new episode of the BGS Radio Hour.

Longtime voice of social change and activism through her music, Ani DiFranco brings us a new album, Revolutionary Love, at a time where we so much need it — a time marked by social and political unrest, racial equity, and the COVID-19 pandemic. While DiFranco usually has a busy tour schedule, the past year has been an opportunity to spend time at home with family, write a children’s book, start a free radio station, and write a musical about restorative justice. All of that in ONE year.

Coming March 19, this Texas-based artist brings us Daddy’s Country Gold. BGS caught up with Carper on a recent 5+5 to talk about influences, memories, nature, songwriting, and the first moment she knew she was going to be a musician.

Although the pandemic has been hard on everyone, musicians have a unique experience – most were accustomed to singing in bars and halls every night, for different crowds, in different cities. Even the empty rooms are missed, suggests Elise Davis in this new single from her upcoming project, Anxious. Happy. Chill.

From Corpus Christi, TX, singer and songwriter Mando Saenz – AKA ‘Mando Calrissian’ – graces the show this week with with a song from his newest album, All My Shame. His mission statement? To create music true to his heart and inspirations. It doesn’t get much truer than that.

In 2018, Andrew Marlin (of Mandolin Orange) released his first solo album – a collection of mandolin-based old-time instrumentals entitled Buried in a Cape. Now after nearly 3 years, Marlin returns to the medium with twin albums of a similar aesthetic – Fable & Fire, & Witching Hour.

The United States Army Field Band teams up with bluegrass favorite The SteelDrivers for a new collaborative video of “Long Way Down.” From Alabama to their home in D.C., the Six-String Soldiers have been able to collaborate with the SteelDrivers a few times now.

Vivian Leva & Riley Calcagno – “Will You”

A couple of grown-up old-time festival kids, Vivian Leva and Riley Calcagno bring us a mixtape of their “old-time deep cuts” this week. From Roscoe Holcomb to Foghorn Stringband to Hazel & Alice, the duet offers their playlist in celebration of a newly released self-titled album.

Tennessee-born and Brooklyn-based Valerie June is our March Artist of the Month here at BGS! Stay tuned all month long for exclusive interviews and content regarding her new album, The Moon and the Stars: Prescriptions for Dreamers.

Melody Duncan – “Over the Hill”

Aging is something that none of us escape. Melody Duncan relishes in the life lessons that we’re given from unavoidable challenges and growth opportunities, in exchange for more time here on Earth. Like a journal entry, “It’s a dedication for all of those willing to invest in a good today,” says Duncan, “even if our bones ache in the morning.”

It’s hard to end something, even when we know we have to. For Texas-based Nathan Vincent, the title is a physical place and an emotional one – and like the mountains, the relationship in the song rises and falls. Vincent and his crew journeyed to Asheville, NC to shoot the video, a “visual motif” that accompanies the sentiment and progression of the song.

Emily Moment – “Master of One”

From her upcoming The Party’s Over, London-based Emily moment brings us a song this week about our hurtful behaviors. We’re drawn to the things that hurt us so much, suggests Moment – like the Fugu fish in Japan, whose tastiest part is closest to its poison.

It’s hard to believe that it’s been a year since COVID changed all of our lives. We’re looking back at some of our virtual series from last year, highlighting the many performances which deserve to be seen more than once. This week, we’ve got Chris Eldridge (of the Punch Brothers) with a cover of Elliot Smith’s “Angeles” – a tribute to the city where BGS was born.

Sometimes the smallest realizations can lead to the biggest breakthroughs, suggests Ariel Posen. From his new album Headway, this song is about self acceptance, and finding belonging among our imperfections.

By taking a stand against the political and social challenges that we face, Adam Douglas offers this song for a brighter future. From watching his home country since 2016, seeing everything that was hidden rise to the top, Douglas was troubled by the viewpoints of so many. “It’s not an anti-45 song though,” he says. “It is an ‘anti-idiot’ song.”