History Preserved at 100db: A Conversation with the Legendary Shack Shakers’ J.D. Wilkes 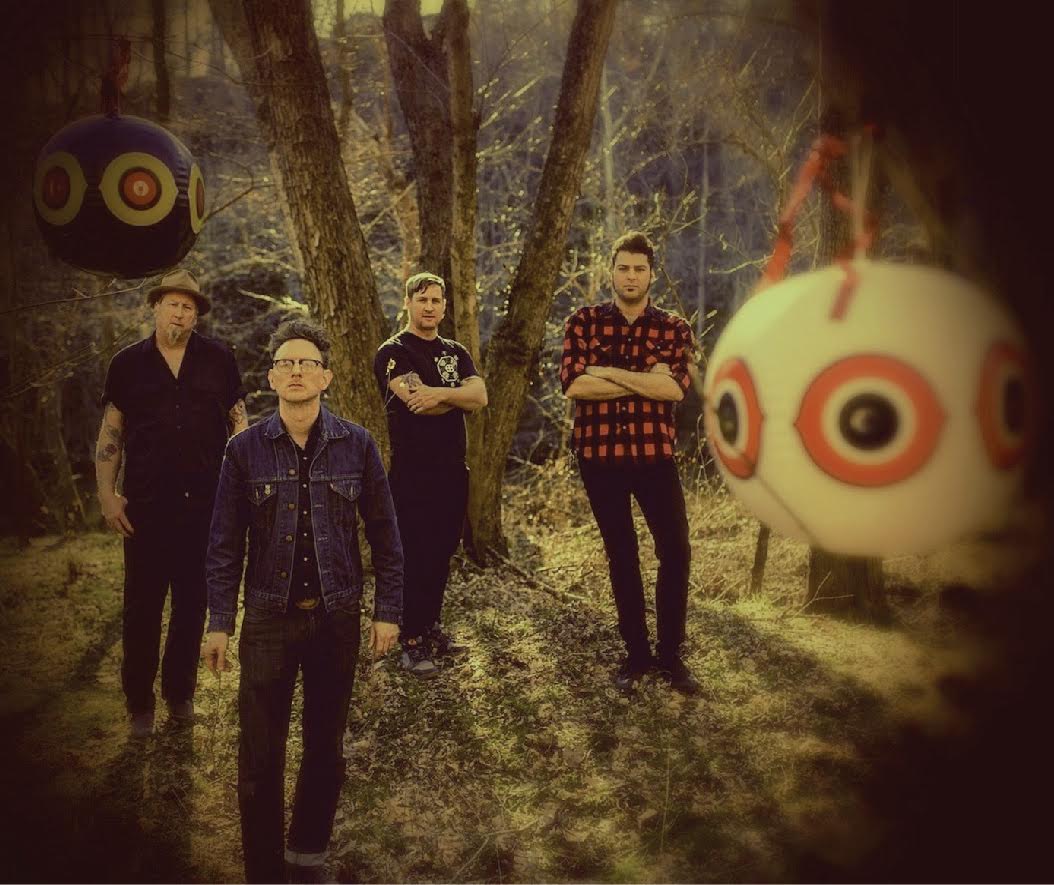 For people who dig Southern Gothic Rock 'n' Roll — including such notables as Robert Plant and Stephen King — there's no band more legendary than J.D. Wilkes and the fiercely independent Legendary Shack Shakers. Now celebrating their 20th anniversary, the Shack Shakers have a new album on the shelves — their first in five years — and a new lease on life with Jello Biafra's Alternative Tentacles label. Wilkes spoke with the BGS about the new record, why it's important to preserve Americana culture and how, exactly, he sees the whole controversy over the Confederate flag.

You guys have made yourself a great record …

… Some crazy shit you got going on there.

I guess to most people it would sound crazy, but to me, it’s all par for the course. It’s what flows in the water down here, I think.

It’s all a lot of influences — little stories and things. I think branding it as "crazy" is kind of a disservice, though, because there’s nothing more crazy than TMZ and the Kardashians. I think our own culture and stories are quite fascinating and something we ought to hang onto and not dismiss. Because that’s our heritage and, if you lose track of all the folklore and the old lyrics and songs and melodies and modalities of the past, you’re just setting yourself up to fall for anything. Along comes this technology and all the flashy magpie crap people have their attentions drawn to and pretty soon you’ve forgotten who you are. Then they've got you over a barrel. I think it’s a bigger issue we have here than just making a strange record. We’re going for something here.

Is that what “Misamerica” is about?

Well, yeah, in a way. It’s basically Brave New World, if you’re familiar with that novel.

Basically, the apocalypse didn’t come in the form of an Orwellian 1984, where everybody was put down, but everyone got exactly what they always wanted, which is a slower death, a sort of a subtle takeover by giving everyone the pleasures, the things they’ve always wanted to indulge in, and let them kill themselves that way. That’s more what we’re looking at these days. The illusion of celebrity — common, ordinary, blue-collar folks look at themselves as celebrities on their Facebook pages or on their YouTube channels. They see themselves as needing this 15 minutes of fame.

“Misamerica” is basically showing how everything’s changed, for the worse, in that regard. Though it is some of the most peaceful times we’ve ever seen. But you wouldn’t know it from watching the news; you’d think it’s the end of the world. In some ways it is and some ways it isn’t.

Vonnegut liked that topic, as well.

Do I understand the birth of this record came a little hard? Or was the timing right when it all came together?

Oh, I think it all came together fine. There wasn’t anything weird. The band had broken up for a couple of years, just worn out from the road. And our drummer had a heart condition — he had actually flat-lined in the hospital three times. We were running pretty hard. Having the drummer die on you was, you know, a Spinal Tap situation going on there, so we had to take a break. And I wanted to play some music with my wife, so we reformed the Dirt Daubers. But I’ve always had these songs in the back of my head, or written down in notebooks or on my little voice recorder. It was all there. It was a pretty seamless operation of getting it all down on tape.

When I listened to “Demon Rum” — a brilliant song — it reminded me of an old-time radio commercial.

There’s a real sense of humor in that song and also in “Young Heart, Old Soul” — a sort of vaudevillian essence. Did that happen as you were recording or did those songs come out that way?

Well, they were written that way. I knew how I wanted all these songs to sound in the end. I wrote “Demon Rum” on the piano; I like the way it sounds in my house when I play it, almost with no accompaniment. And you had barely any accompaniment on that track. “Mis-America” was a kind of a rave-up thing I heard in my head; I wanted it almost sound like a big, bluesy pop thing.

These are all facets of who I am and who the band members are. We all come out of playing all kinds of music: blues bands, honky tonk bands, straight up standard country bands, bluegrass. To me, I see the commonalities of all that while everyone else wants to separate it. Critics like to categorize and hyphenate, and they get all upset if you break from your genre, if you’re a genre-bender. But I think that’s how great music is made.

Rockabilly was a genre-bending moment in history. Piedmont blues — you have black folks playing country music and white people playing blues and teaching each other how to do both. Bill Monroe mashing up three-part harmonies with old-time music and jazz chord progressions from New Orleans. You don’t get anywhere if you keep playing the same old crap. So we mix it up. That’s the fun of life.

The critics get upset because it makes it harder for them say what it is when there are too many hyphens.

Right. Well, we’ve always called our music Southern Gothic Rock 'n' Roll because that points more to the lyrics and that’s something they can sink their teeth into. They can say, "OK, we know what that is." Faulkner and Flannery O’Connor and all. That’s there to distract them, to give them their little trinket, to keep them quiet in the back seat. That’s there to shut them up. They got their little hyphenated thing they wanted, anyway.

There’s no more daring-ness in music anymore. Everything’s gotten really soft and posh — singers are beautiful, like models. They’re all going for the same sleepy thing. There is some really great stuff out there, though. Nathaniel Rateliff, out on the Denver scene. Slim Cessna’s Auto Club. They're the ones who created that scene, spawned 16 Horsepower, Woven Hand.

“The Dog Is Dead” kicked me right in the gut. It nearly brought me to tears.

How did you get Billy Bob Thornton involved with that?

He’s a fan of the band. Things like that happen. We’ve been around a long time, so we know people. Shooter Jennings is the one who arranged a sort of meet and greet. But it turned out he was a fan already ‘cuz Billy Bob’s in the scene. He’s got his band, the Boxmasters, and he plays with Mark Collie sometimes, who my bass player plays with. So there’s a connection there.

We had met to discuss a different concept record that has yet to be made. I won't speak too much to that because I want it to be a surprise, if it ever does come out. We flew out to L.A. and talked about this other record and have ended up talking on the phone over the years, talking about Southern literature and folktales and storytelling styles and different authors we liked. We’d be on the phone for hours talking about this kind of stuff. He’s really down to earth, really a great person.

I asked him, "Hey, would you want to do a little spoken word piece for the record?" and the next thing I know I get this recording, and it’s a story and it’s curling my toes to listen to it. I’m saying what you are.

We brought in Dwayne Dennison [from the Jesus Lizard], who used to be in the Shack Shakers, and he nailed it. When we heard his guitar thing, without the spoken word, it almost brought tears to my eyes. So you couple that to the story and it’s heart-wrenching. It’s a real dramatic vignette in the record. We’re trying to create a cinematic sort of mind play — almost a like a dream you're having. Every song you hear is a different scene, a little corner you’re turning.

And, then, if people want to dig deeper into the lyrics, they’ll find there’s a lot of folklore there and cultural stuff from the South that I’m trying to preserve and crystallize in these tunes to be carried forth into the future, as a time capsule, so we don’t lose all of our stories and all of our culture and heritage as the Internet takes over our brains.

So, to close things up, I want to ask: What do you think of the whole Confederate flag conversation that’s going on right now?

Is it still going on? All I know is, I see more of them now than I ever did. I’ll just say this: Prohibition has never worked. It always ends up having the opposite effect. Alcohol, drugs, prostitution, sex. Any time some government wants to come down and make a big deal out of something and outlaw it, you're going to have a backlash. I see guys driving down the road in trucks with giant Confederate flags flapping in the back. They could take someone’s head off, they're so big. That’s what you get when you try to say "no" to people, especially Southerners, who are stubborn.

I’ll also say this: Symbols change meaning over time. It doesn’t mean what people think it means to everybody. The Ku Klux Klan was born out of the Democratic party. Does the Democratic party sound like the Klan anymore? No. Names change. Definitions change. Symbols change meaning over time and, for a lot of people, the [Confederate] flag is a symbol of heritage. And I think you’re seeing it now, flown even harder, and maybe not even for that heritage reason anymore. Maybe there is a racist thing behind it now, because you've stirred the nest.

But, before all of this was made a big deal, it was a pressure valve of angst for Southerners who used it to express themselves and their pride in their homeland. But now, because of the prohibition, you’ve probably started making them have angrier thoughts about things. This is what prohibition will bring about every single time.