Junior Sisk Hitches His Wagon to the Stars of Traditional Bluegrass 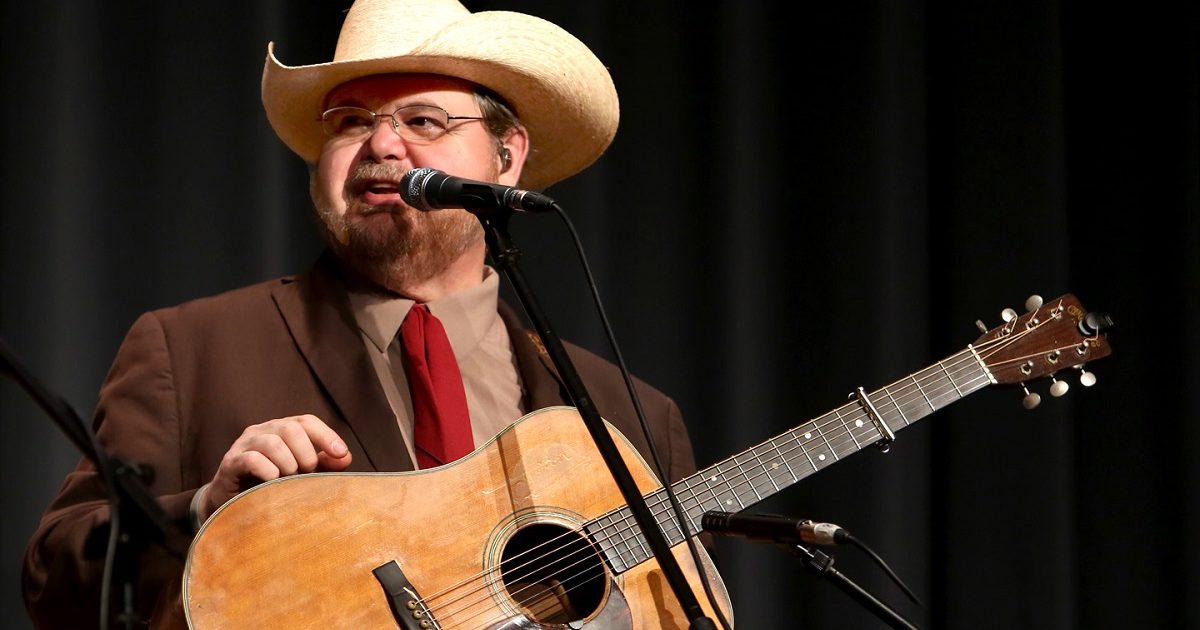 Junior Sisk is on a mission. Although he’s been a fan of traditional bluegrass since childhood, he’s now fully focused on keeping that history alive. That passion for tradition is evident in Load the Wagon, the award-winning vocalist’s first release since disbanding Ramblers Choice.

“The Stanley Brothers, Flatt & Scruggs, Jim & Jesse, and all of them had big hits, but they also had hidden treasures on all those LPs. A lot of them that were never played and they’re not a jam tune. That’s what I’m looking for,” Sisk says. “It’s going to be like new tunes to a lot of folks. That’s what I’m after – to still pay tribute to the founding fathers of traditional bluegrass music, but in the Junior Sisk style.”

Sisk also re-cut the song that remains his most requested number, “He Died a Rounder at 21,” from his time with Wyatt Rice & Santa Cruz in the mid-‘90s. Leading up to a show at Station Inn, he invited BGS on the bus for a chat.

BGS: The first song on this album, “Get in Line, Buddy,” will be a familiar tune for fans of the Country Gentlemen. What made you want to record it here?

Sisk: Me and Bill Yates got to be good friends there for a long time right toward the end, and every time we’d play together at a festival, I’d always get together with him and ask him to do “Living on the Hallelujah Side” that he’d done with the Country Gentlemen, and this one right here — “Get in Line, Buddy.” Those are a couple that he sang solo on. It was just great, great singing.

It’s like what I’m trying to do right now. I’m in line with Flatt & Scruggs, the Stanley Brothers, and all that. I’m way down the line, but I’m in line anyway. And it still rings true today when you come to Nashville. When you walk the streets, you see them on the streets. You see them in all the clubs and everything. Everyone’s standing in line. I feel like I’m still standing in line for traditional bluegrass music.

With “Get in Line, Buddy” and “Best Female Actress,” there’s a sad story there, but you find a way to put humor into those songs. It’s not an easy thing to pull off. How do you approach that?

Well, when I go into the studio and start to record, I’ve always done a lot of tongue-in-cheek songs. I’m noted for that, but I sing with a lot of emotion. I sing with a lot of feelings. That’s why a lot of times I’ll lose my voice, to tell you the truth, because I’m singing so hard and with as much feeling as I can.

I love to look out in the crowd and see them either crying, if I’m singing a pitiful song, and if I’m singing a tongue-in-cheek song, I like to see them laugh and carry on. It just makes for a good show, I think. And Charlie Moore has been one of my favorites. He’s one of the most underrated bluegrass artists ever. He’s a great singer.

You also have some songs on here, like “Just Load the Wagon,” which are plain-and-simple funny. I’m curious, where did you get your sense of humor? Was there someone in your family where you picked that up?

Yeah, my dad. He’s a songwriter. He’s probably got a thousand songs at the house for me to choose from. But every song he writes, at the top of the page he writes the date he wrote it, and he writes, “Sing in the key of D and sing like Carter Stanley.” [Laughs] I said, “Dad, you can’t sing ‘em all like Carter Stanley and they can’t all be in D!” But if he had his druthers, that’s what it would be. That’s pretty much me, too. I was raised, born and bred, on the Stanley Brothers’ music.

This one here, I thought the folks would really enjoy, and now that I’ve gotten rid of the Rambler’s Choice name and went to the Junior Sisk Band, I’m trying to pay tribute to traditional bluegrass music, so we brought back the old-style banjo, the mountain-style banjo-playing with the clawhammer on this one. And it’s turning out to be one of my favorite tunes that we’re playing now. It’s a lot of fun and the crowd can react to it. It’s a toe-tapping tune.

You mentioned that the Ramblers Choice name is gone. Why was that an important move for you to shift to Junior Sisk Band?

Well, Jason Davis, Kameron Keller, and a couple of guys left. My dad always says when wintertime comes around and things start getting slow, somebody blows a whistle and everybody switches. It’s pretty much like that. If you don’t have any work, I’m going where the work is. But I was actually straying away from my heart – I was straying away from traditional bluegrass music a little bit. I just did not want to do that. I finally came to the conclusion that what I’m going to do until the end of my career is pay tribute to traditional bluegrass music, and try to keep it alive as long as I can. That’s what we’re trying to do today, is keep it straight-ahead bluegrass, right in the middle of the road, and turn the younger fans onto traditional bluegrass music.

Why is it important for you to carry that torch for traditional bluegrass?

I’m just tickled to death to see the young’uns out here today that come to our shows, or to see them out jamming at festivals and playing the old-style music. You don’t see that a lot anymore. It seems that the younger generations is trying to play every note they know. …When I hear somebody with real emotion, and real feeling, who’s a traditional young’un coming up, I love it. Because we’ve lost so many — Ralph Stanley, James King, and a lot of traditional artists here lately. I think I’m a torch holder and that’s what I hope to be until the end of my career. As long as I’m able to breathe and sing, I’m going to keep their music alive.

It hurt to lose James King, didn’t it?

Oh, it was hard. I was there holding his hand on the day he died, in the hospital. I was on one side and Dudley Connell was on the other. And we told him we would keep his music alive. I’m getting chills now, but it meant the world to me, just to be there. He was a torch holder as well.

You re-recorded “He Died a Rounder at 21” from your days with Wyatt Rice & Santa Cruz. What’s it like to sing about that guy now, 24 years later? Does it bring out a different emotion in the song for you?

It’s still the same. The story in that song is awesome. I’ve grown up with a lot of folks in the bluegrass industry and I’ve seen a lot of ‘em pass away from alcoholism and just the hard life, the bluegrass life. People around home say, “Wow, you’ve got it made. You go on stage and play 45 minutes…” They don’t know about the 15 hours you travel to get there. It’s a hard life. You don’t eat right. You don’t take care of yourself. And I can understand where this guy came from. He only lived 21 years – but 21 years was like a thousand years in his time. I understand that, and that’s why I put everything I got in that song. Because it rings true.

Was there a pivotal moment for you when you decided to go into bluegrass full-time?

In my early teens, I lived and breathed it. I sat at the end of the bed in my mom and dad’s room with an old LP player and played Dave Evans, Larry Sparks, the Stanley Brothers, just trying to learn everything George Shuffler ever did on guitar. I was in it hot and heavy, and eat up with it.

In the early ‘80s, I moved up around the DC area and that’s when the Johnson Mountain Boys came on the scene. I followed them everywhere they went. They brought me back to life, and still today if I get to feeling sad, or get down about the music, I can put a Johnson Mountain Boys DVD in, and it will bring me right back. There was so much excitement and energy, they just tore me all to pieces. That’s what it’s all about.