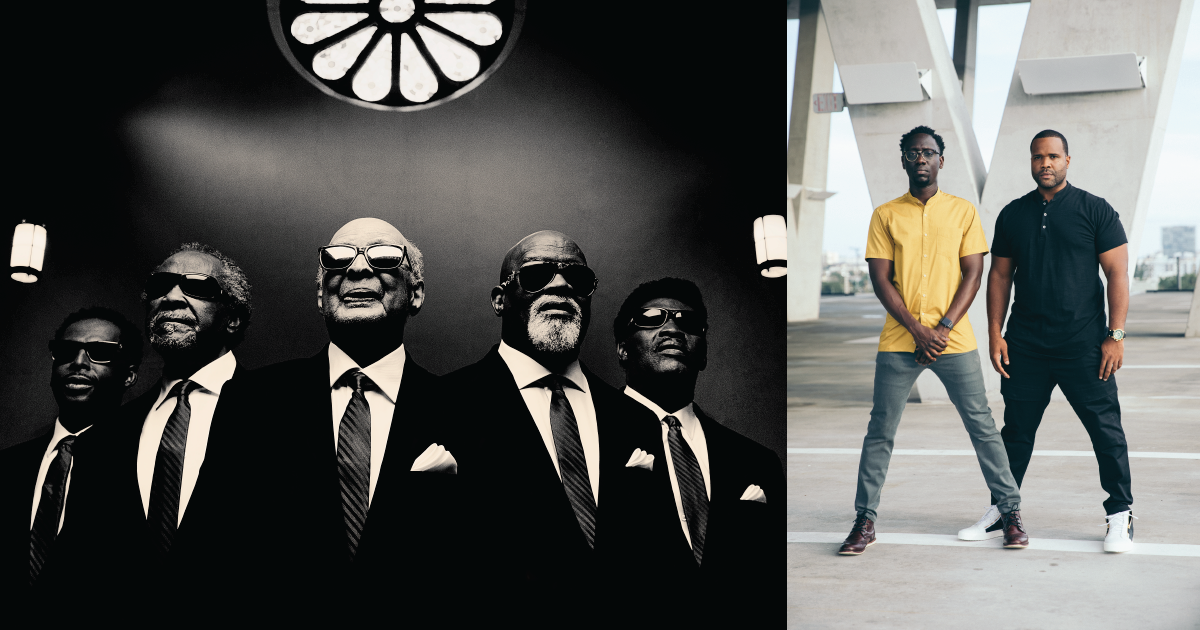 In Their Words: “This song was written by our friend Peter Levin, who played keyboards with the Blind Boys for many years. We nicknamed him ‘Church Boy’ because he was so good at getting that gospel sound, especially from the Hammond B3. The sound of this song is very modern. It’s not a gospel sound in the traditional sense, but the message is one the Blind Boys can stand behind – that God is still in control. We have enjoyed getting to know the guys in Black Violin and we loved collaborating with them on this song. They are pushing boundaries in their field of music, and we’d like to think we are doing the same in our field.” — Blind Boys of Alabama’s Jimmy Carter

“We like this song because it talks about people needing other people to come together and stand strong in the face of adversity. It also talks about relying on God. Those are some of our main themes, because people do need people and God is still in control. Musically, between the violins and the guitar solo by Marcus King at the end, it’s quite a bit different than usual Blind Boys recordings. But it works for us because we like songs that are upbeat and have a message.” — Blind Boys of Alabama’s Ricky McKinnie

“It was a real honor to co-write and co-produce ‘The Message’ for the Blind Boys of Alabama featuring Black Violin. The song touches on some important social issues and feels very relevant to this moment in time. It was exciting to have Black Violin add their part and then having Marcus King add guitar, including a blistering outro, was the cherry on top of the song. I have worked with the Blind Boys as a keyboard player since 2008 and we are like family at this point, so it was a thrill to collaborate with them in this new capacity. There is absolutely no one better to bring this song and message to life than the Blind Boys.” — “The Message” songwriter Peter Levin (Blind Boys’ keyboardist)

Photo of Blind Boys of Alabama by Jim Herrington. Photo of Black Violin by Mark Clennon