LISTEN: ‘Once Upon a River’ Soundtrack 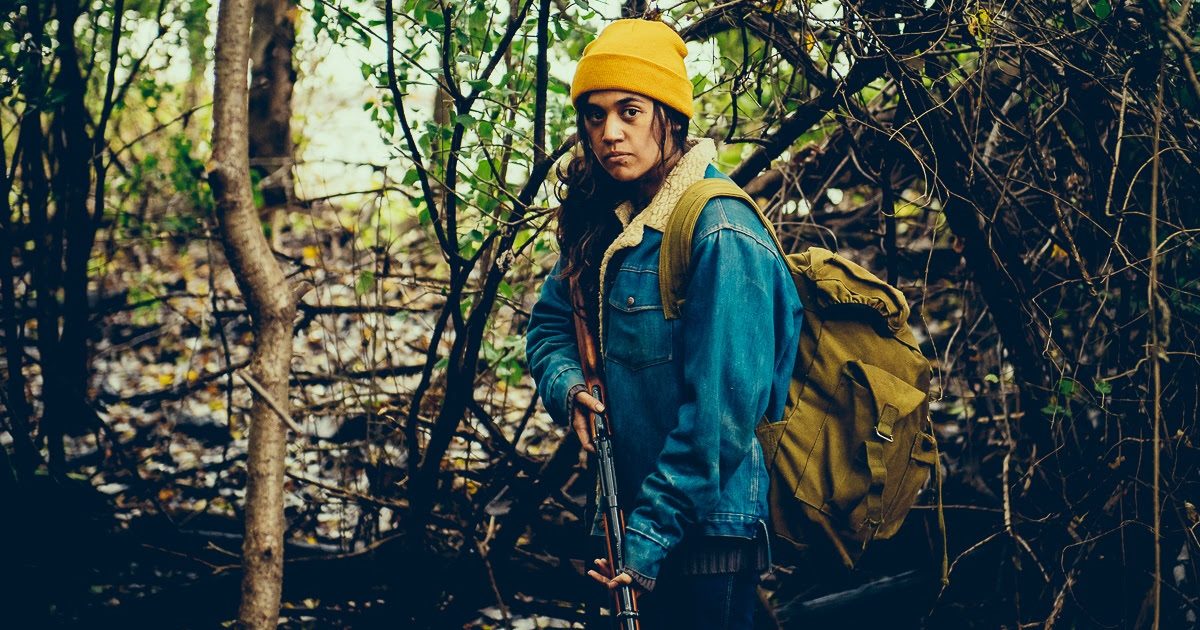 Written and directed by Haroula Rose and based upon a best-selling novel by Bonnie Jo Campbell, the award-winning indie film Once Upon a River tells the story of Margo Crane, a Native American teenager who sets out to find her mother as her own life takes one dramatic turn after another. Margo is portrayed by Kenadi DelaCerna, in her screen debut.

Shot to evoke rural Michigan in the 1970s, the mood of Once Upon a River is frequently elevated by original music from Rodney Crowell, JD Souther, Will Oldham, Bridget St. John, Fran Farley, Peter Bradley Adams, and Haroula Rose, as well as an atmospheric score by Zac Rae. Hear the soundtrack below, and enjoy an exclusive interview with Haroula Rose.

BGS: This story is set in 1977. How did that influence the music you chose for the movie?

Rose: Having it set in the 1970s made me excited about being able to use my favorite era in both music and cinema as inspiration. It was one of the reasons I loved the source material for this very unique kind of road movie, because I knew at once that I could use some psych folk, soul, country and ambient sounds to get into this tale and characters. My film partner at Thirty Tigers (David Macias) was literally the first person onboard for this project, while composer (Zac Rae) and music supervisor (Mike Turner) were also among the first people creatively involved once I had the shooting script. As a musician first, I am always thinking about it as a central element even as I am writing, and the music is deeply embedded into the process from the beginning. I used certain themes Zac had created to play for the actors while we were on set and they were very moved by hearing them.

There are moments of quiet in this movie, too. It reminds me of the adage that a good musician knows when to play a solo, as well as when not to. Can you tell me about your process for placing the music into the film without distracting from the storyline?

I love that analogy! I feel that silence can be as potent as noise, and the pauses in the film all have a voice and are communicating something as well. Margo is not the most traditionally vocal character but is so expressive, thus the music had to parallel that… such that we are still able to feel her subjective experience through the pregnant moments of quiet as much as the action scenes. Ultimately it was about continually paring the story down, sculpting it to its very essence, and the music supported that goal since we were always allowing it to evolve and not give too much away too soon. There was this balance we had to strike with regard to supporting the story and not giving away the emotions before their time. I’m really happy to hear you say it worked!

The placement for Will Oldham’s “Always Bound” works especially well in this film. Can you describe why you felt that scene and that particular recording synched up so well?

Will was the first person to write an original song for the film upon reading the script, and it was this magical piece. In fact “Always Bound” was what I used for our very first scene we shot of the film, which was Margo by the fire when she is eating canned food and camping. I brought these bluetooth speakers out to the woods and played it as we filmed, so we all dropped into this same emotional zone. It was a special moment, having Will as a creative force of support right then at the start. So I already knew which space it would inhabit in the film right when I heard it.

As you were writing dialogue, were there any characters whose perspective, or “voice,” that you particularly enjoyed?

Writing Smoke and Fishbone’s dialogue and banter was super fun, because like so many other parts of this story that inspire me, it is a unique relationship. I loved it in the book too. In terms of perspective/voice, writing Luanne because she is someone who is very complicated and all too easy to depict in a one-dimensional way, was a cool process. I really liked trying to find a way into her that is more complex and nuanced, more empathetic in seeing and understanding her pain, as she struggles to communicate and to exist in the world.

There’s a Rodney Crowell song here, too, and it’s filled with imagery. How did that song, “The Damage,” make its way into the film? And what do you remember about hearing that song for the first time?

Well, Rodney was one of the people considered for acting in the role of Smoke! David Macias reached out and then Rodney and I had a conversation about it. It was surreal because I have long been a Rodney fan. Hearing him play years ago at the Old Town School of Folk literally changed the stream of my life. When he found out he couldn’t do the role, Rodney kindly offered up the idea of a song. I was tremendously honored and then upon hearing it, with its visceral imagery and his manner in singing it, I got very emotional.

He got to the heart of two lonely but loving souls we don’t often see, and their connection. And then recording it — I sang harmonies with him — was so special in many ways. It was similar with JD Souther who wrote a song that Smoke (John Ashton) sings in one of his final scenes. It feels like a dream how this all came together, very fulfilling in terms of making music and making films. I co-wrote a song with Peter Bradley Adams and Zac Rae for the soundtrack as well, that plays in the final scene; that song always gets me emotional too.

To me, cultural identity seems to be a significant theme in this film — in a sense of racial identity, but also privilege. Was that element of diversity part of what attracted you to adapting this film?

Definitely. Bonnie’s novel alludes to Margo’s bloodline, and I thought it would be a great opportunity to showcase talent that would also add a dimension of depth to what the story is saying about “otherness” in her character as well as others, like her father (Tatanka Means) and Will (Ajuawak Kapashesit), who she meets along the way. It’s also part of her journey in coming to know herself and who she will be, that she knows where she came from. Will is the first person who asks her about her own potential, and hence why she makes the choice she does towards the end (no spoilers). In terms of privilege, I think it’s also depicted in terms of the Murrays and how they have interacted with and abused the land and the community, but I hope it’s conveyed that Margo is also someone with skills and talents that she learned from her father, which are a great gift. She has the depth and the comfort in being in the wild, knowing how to survive.

This film will be finding its way to even more viewers in the months ahead. Watching it now, more than a year after you completed it, what are some of the emotions you feel?

I still feel very inspired and emotional, especially at the ending. I also feel beyond proud of every single person involved and their hard work. It’s hard making an independent film and it’s my job to bring out the best in everyone. I hope the world out there sees that as they experience the film, the story, the music. A year after it premiered, 40 festivals and 19 awards later and many years after first reading the book, well it has been a wild and ambitious ride all to support a story that I truly believe we could see more of — seeing one another with compassion, empathy… Margo’s nonjudgmental and generous philosophy of live and let live… even or especially for those who cause you pain. It helps you find your own way.

Once Upon a River is available to watch via Film Movement. You can listen to the soundtrack on all streaming platforms.