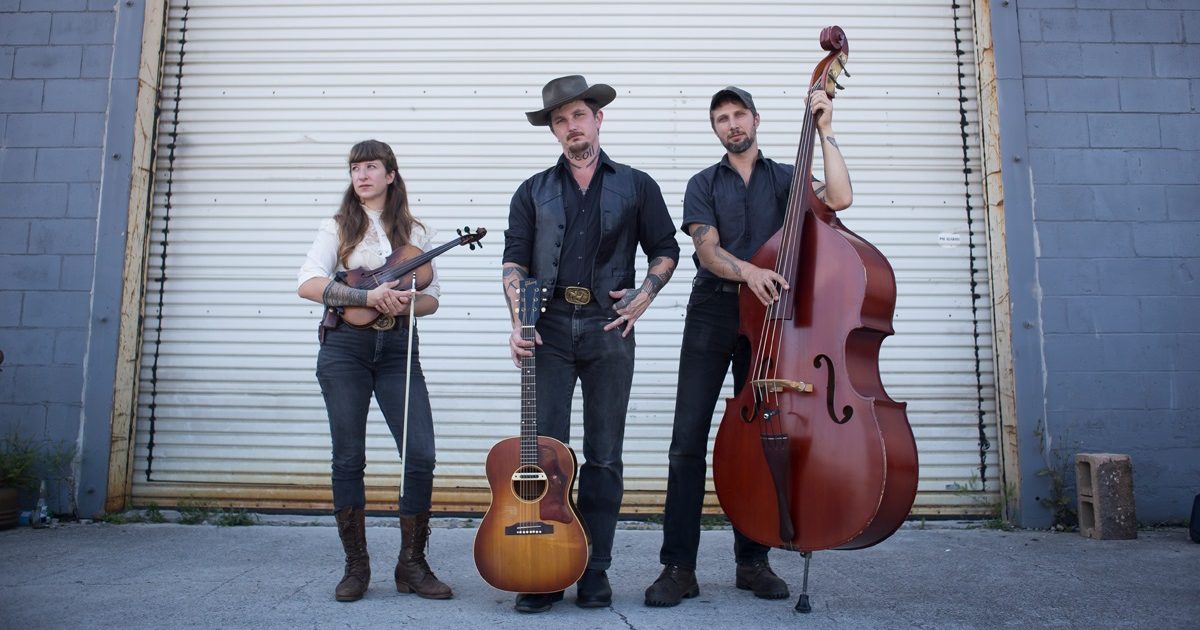 In conversation, as in his songs, Benjamin Tod is an open book. As lead singer-guitarist for the Lost Dog Street Band, he’s not afraid to speak honestly and candidly about his struggles with heroin addiction, a debilitating mental state or a rough childhood that led to most of his adult life being out on the road and in search of something, anything to take the pain away.

Whether consciously or subconsciously, the endless wandering perpetuated his restless urge to play music, either on a street corner, subway platform or wherever someone might drop a dollar in the bucket so he could afford to eat that night. Tod, 31, is an old soul who has traveled as many miles as someone twice or three times his age, with his formative years spent hopping trains, hitchhiking or just walking endlessly toward the unknown horizon with guitar in hand.

He survived the darkness, the trials and tribulations of simply being human, by having a well-earned chip on his shoulder, this defense mechanism of sorts to keep the wolves at bay. And it’s that chip he’s trying to eliminate moving forward, where the once dreaded notion of showing vulnerability to others is no longer seen as a weakness, but now something to be embraced.

That sense of reflection and self-discovery resides at the core of the Lost Dog Street Band’s latest album, Glory. Alongside Tod’s life partner and violinist Ashley Mae and bassist Jeff Loops, the trio’s latest offering is a rollicking adventure seeking truth and redemption through sorrowful melodies and lyrics aimed at practicing patience and gratitude — another chapter in the journey of one of today’s most revered and intriguing folk acts.

BGS: There’s been a lot going on, not only in the world these last few years, but also in your personal life. Where’s your head at these days?

Tod: Well, when we’re not on the road, I’m very much a homebody now. I own 200 acres in Muhlenberg County, Kentucky. Ashley and I built a cabin and live off the grid. It’s an incredible amount of work. I’ve established a lot of roots there in Muhlenberg County. We’ve started a nonprofit organization that helps disenfranchised kids get instruments and music lessons. So, I’m pretty well entrenched there and it’s certainly a lot harder to get back on the road now. I’ve been on the road since I was 16, basically. It certainly doesn’t have to glamour that it used to.

Even before the shutdown, I know a lot of people were starting to feel that burned out vibe of having to tour, because you couldn’t rely on other avenues of revenue as a performer.

Yeah. I have established myself with royalties and publishing, things of that nature. So, I can always float by without the performance side of things. It’s not necessary financially for me to tour any longer. But it is nice, for bigger projects on the land [in Kentucky], to be able to get that one-two punch [of revenue]. And it’s also good to continue to keep your name in the general public’s recent memory. You know, I think that’s the biggest fear with any artist. If you haven’t been touring for six months or however long, you’re always watching what other people are doing. You’re like, “I need to get back out there.”

It’s a hard thing to do, to not compare yourself to others, even if you don’t want to.

Well, I keep a flip phone, so I don’t generally keep the types of apps and stay as connected as most people my age do, or most people in the general industry, or people in general nowadays. But, no matter how you slice it, it affects you psychologically if you start to keep up with what other people are doing. It’s also hard in the situation of how we have built our fan base and our career. We have been clawing for every single inch for over a decade — without PR, without management, without a booking agent for most of it.

That also shows that you’re looking at things in the long run. Is that something that’s in the back of your mind?

I certainly imagine my legacy a lot. I think the younger that you start envisioning your life through the lens of your legacy, the better off you are. It makes you a better person, in general. It has nothing even to do with art. But there are so many things working against me, personally, right now with my body. My arms give me a lot of trouble. I’ve got nerve damage in them and it’s getting harder and harder to be on the road and play guitar.

How is your mental health right now?

My mental health has been better the last year than it ever has been. It’s a continuous struggle. I’m a little bit later in my recovery now. I don’t even know how to explain it, but every stage matures, like any other thing in your life. With guitar playing, it’s like compared to when I started at 15, I’m a much more mature guitar player. [Nowadays], I can pick it up and I can set it down for a month, and pick up right where I left off, as opposed to when you first begin. This last year, it’s been rebuilding the patterns in my mind that I had destroyed for so many years — all of the unconscious patterns you build, the way you react to things, the way your defense mechanisms spike. I’ve been really working at rebuilding all of that. The key for me is patience and gratitude. Those two things are the most important thing for anyone. But, especially for me as an individual going through recovery, it’s constantly coming back to patience and gratitude. 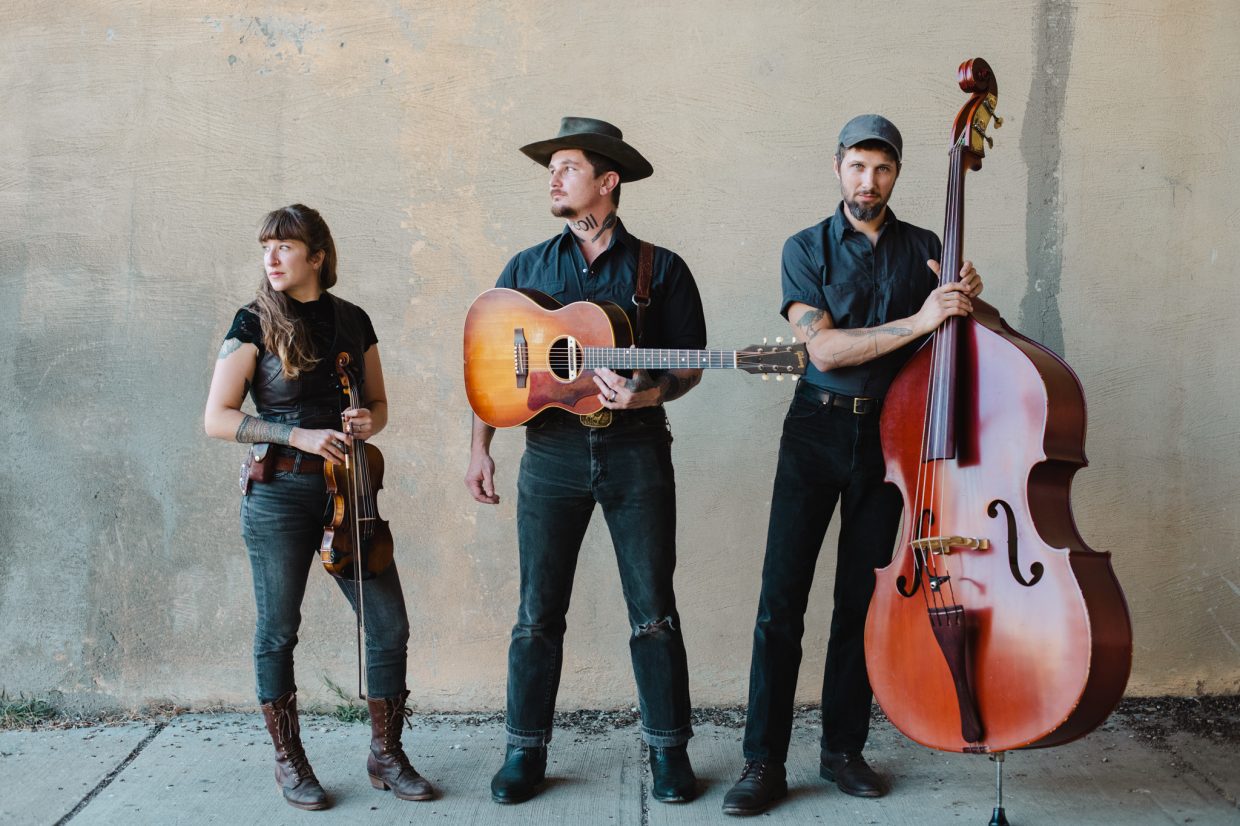 So, does that mean that you subscribe to the idea of “the now”?

Yes, absolutely. I mean, there’s always a constant balance and fight between taking advantage of the opportunity or just the vision of now, and the feeling of now, and also preparing yourself for the future.

When you talk about rewiring your thought process, I would surmise that one of those defense mechanism is that vulnerability is weakness. But, to rewire your mind, you realize that to show vulnerability is to show growth, of being aware of your emotions and not running away from them.

Yes. “Stand up tall and learn to fight in the face of all you writhe.” That’s a line from my new solo album I just finished recording — just finalized the master today actually.

How does the title of your new album, Glory, play into your life right now?

Well, the first and last songs [on the album] are two different perspectives of glory that exist in my own psychology. One that’s a really angry, passionate fight for life, a fight for something great than yourself. And the other being something much more gentle, appreciative. Like, we’re here and it is a miracle that you and I can sit here on a telephone and talk to each other. And it took so much human suffering and turmoil, and just one right decision made a generation [or more] ago. You know, you think about how drastic the condition of the entire world could have been just in a couple of bad decisions from the people in power in the past. Somehow, democracy and freedom have triumphed here on this tiny little continent, on this planet, and we’re able to enjoy it.

It’s all one thing, this ripple effect within all of us.

Yes. Metaphysics. I think on that a lot in life, and especially intuition. Learning to really trust your intuition the older that you get. Do you get a bad feeling about someone or a situation? Listen to that. There’s something there.

On the new album, only busker friends of yours were used on the recordings. I’m curious about that, and the idea of the busker in a world of digital technology and distraction. These are incredible performers who learned how attract an audience when no one was there to be an audience.

Yeah, you can hear ’em from a mile away. People will talk about how the decibels you sing at are crazy. Well, I learned to sing and perform on Lower Broadway in Nashville. I’ve busked in every single market in this country. So, if you wanted to make money, if you wanted to eat, you were competing with the bars, with their windows open. We know how to get people’s attention. Busking is not just playing music on the street; it’s its own type of theater. There’s certainly an element of theater to it. Vaudeville, this kind of showmanship that doesn’t really exist on a broader scale. Now you see people pretending to do it and it’s really bad. But when it’s authentic, you can taste it.

And then you have yourself, being a longtime busker, a transient trying to survive on the streets, now in demand on big stage in front of large audiences.

To see it manifest over the past few years with the general public has been incredible from the perspective of knowing that the reason people connect with my music is because I am succeeding in my intention — to take dark feelings and perfectly ascribe them into a song, into words, into melody. My intention with music is to help people be better at being themselves. For me, my music is a prescription for my own madness, and it happens to be the prescription for some other people. It’s not a cure, but it helps. It helps me. And I’m ecstatic that it helps other people. Now, the struggle is just getting the notoriety from the industry. I’m a competitor. So, I want to hear from the gatekeepers.

It’s a constant challenge of calibrating how much it affects me and doesn’t. I always relate back to Guy Clark’s legacy, who is my absolute idol. The way that he handled business. The character that he showed throughout his entire career of not being willing to compromise the most important things to him, you know? I’m always going to hold that. And I’ve come to terms with knowing that I might end up like Guy. I might end up being every other artist’s favorite songwriter, but not respected by the gatekeepers or the industry elite because I won’t play their game, and I’m not going to. I’m reconciled with that. I’m okay if that happens, but I’m going fight like hell to get in that door.