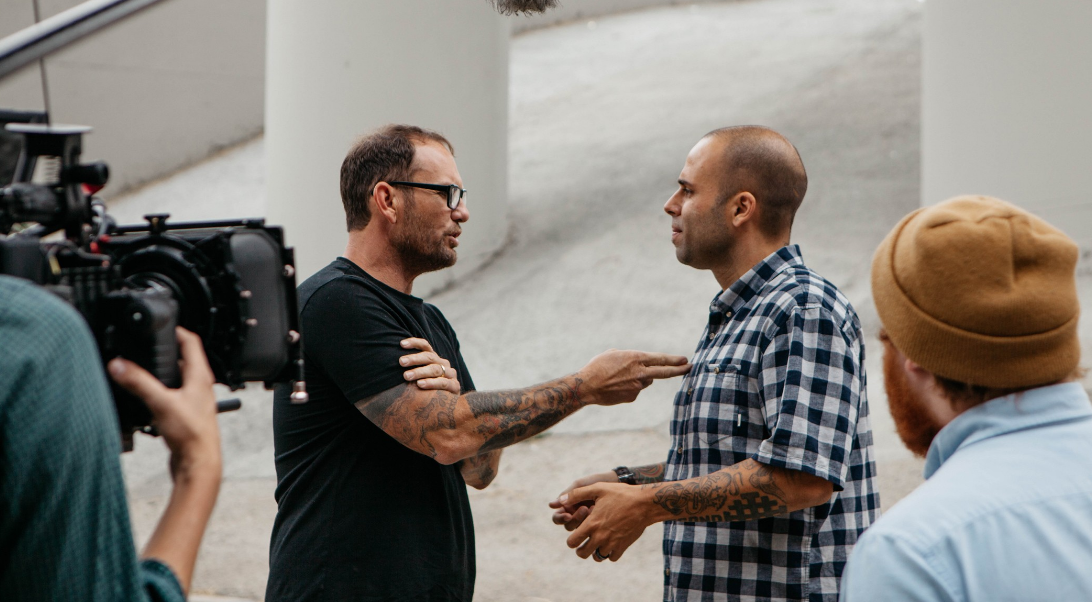 People love focusing on the "how" of the creative process — how to write a song, how to finish a novel, how to paint happy trees like Bob Ross. What sometimes gets overlooked in the conversation about creativity, however, is the "why." Why are artists driven to create? Why do people give their lives over to creative pursuits? Why is creativity so essential to the human experience?

The folks at Musicbed — a company that specializes in licensing music for video, film, and advertising — believe that, when it comes to creativity, the why is often just as important as the how. To get to the heart of that big question, they made MAKE, a feature-length documentary showcasing the creative lives of several musicians, filmmakers, and designers.

"For about two years, we had been making short, four- or five-minute films with our artists and with filmmakers that we worked with, just following their creative lives and their journeys and their struggles," Musicbed founder and CEO Daniel McCarthy explains. "Basically, we had been making short versions of this film for about two years. Every creative, whether it was a filmmaker or one of our musicians, they all said the same stuff, which is that they had been following this passion and then this passion turned into some sort of success and they very easily fell into this trap of chasing the success versus chasing their passion. They all had very similar life struggles in trying to get back to the root of why they were doing what they were doing. It felt like everyone was saying the same thing without saying it the same way. "

Musicbed's meticulously curated selection of license-ready music includes songs from Sugar + the Hi-Lows and Daniel Ellsworth and the Great Lakes, and they've worked with major clients including Nike, Google, and Mercedes-Benz. For MAKE, they rounded up friends and colleagues, like indie duo Sylvan Esso, filmmaker Eliot Rausch, and singer/songwriter Drew Holcomb. The team strives to work with artists who are as passionate about music as they are, and who share a similar outlook on the creative process. "When you understand why you’re doing what you’re doing, it makes the how a lot easier," McCarthy says. "It actually makes the how enjoyable, if you love the why."

"We have partnered with Musicbed a lot over the years, making videos together, and we share very similar DNA in terms of an 'art first' mentality, so when they asked me to play a part, it was an easy answer," Holcomb says. "I hope the film will inspire people to take chances for their creative dreams. There is plenty more room in the world for more dreamers and creatives to invent new things, make new music, and keep telling new and different stories."

The film also looks at traps that creatives can fall into while trying to make authentic art in often competitive landscapes. "Every filmmaker, every musician, they all can pick up these little tactics to figure out how to make something," McCarthy says. "The synth is really popular right now in music. Every musician that we represent could figure out a couple little synth sounds and very specific things you can do to make your songs sound relevant or be some sort of hit, but it ends up being a rip-off, sometimes, because you’re just figuring out these little quick wins.

"When an artist uses their real voice, they can say, 'I know why I’m making this; I know what I’m trying to accomplish,' and then they start being who they’re supposed to be instead of some echo of someone else’s product."

While the film doesn't provide any one template for becoming a successful musician or an award-winning filmmaker, it succeeds at getting to the heart of what drives artists: passion.

As McCarthy puts it, "I think that art gives people a lot of meaning. It adds to the cultural conversation. It helps people endure and understand suffering and joy. I just wanted to be a part of that. The arts were a major pipeline for me in my youth to understand my place in the world, challenge my assumptions and expand my heart. So the creative process, for me, follows that."