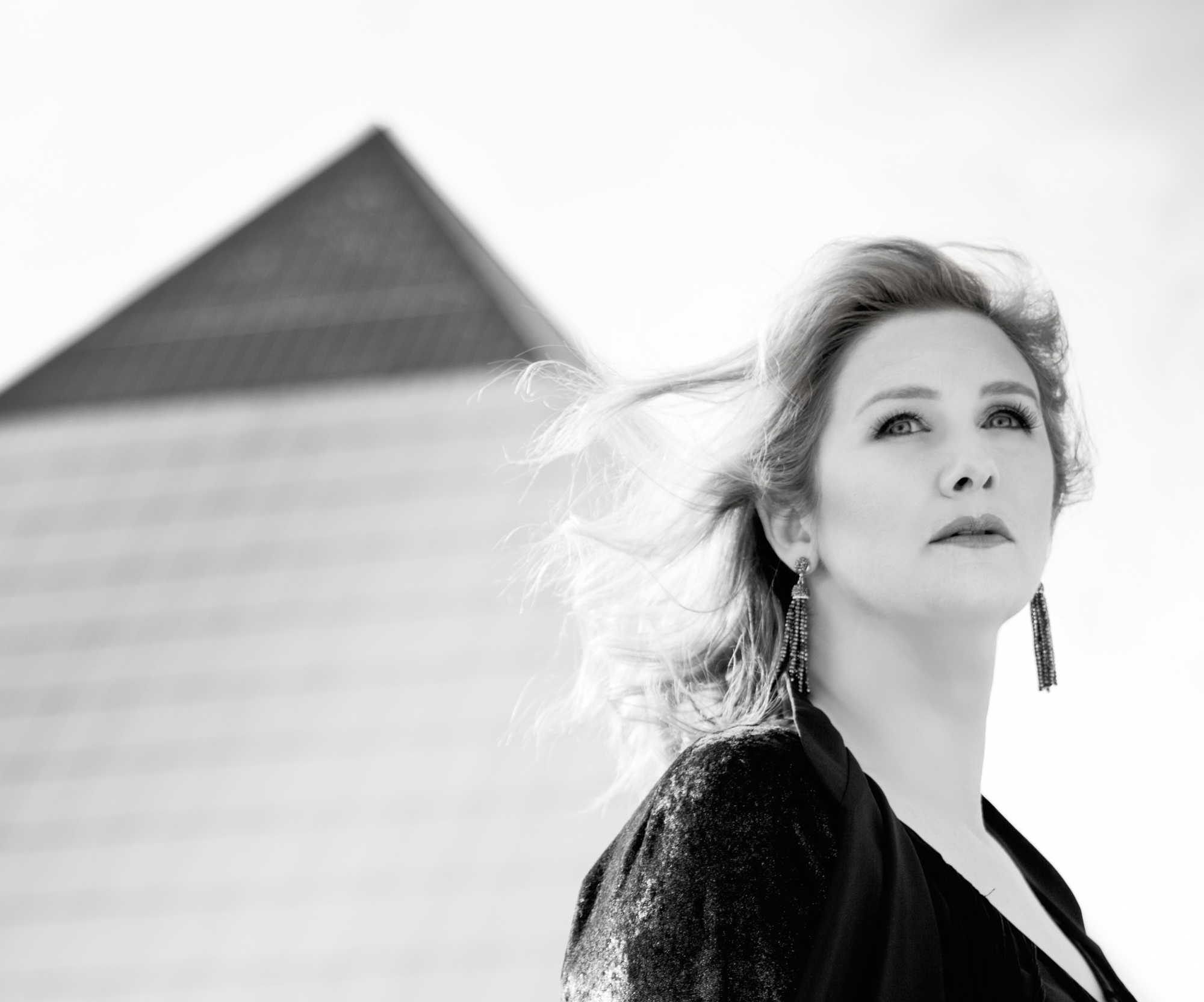 I didn’t know it until recently, but man, I love Memphis. After touring for two years on an album I did in Muscle Shoals, I decided it was time to move on to a next project, and Memphis was the obvious choice. In order to soak up the music of Soulsville, I dove in deep, visiting the city, hanging with the locals, touring the studios, and listening to everything I could get my hands on that was recorded in Memphis back in the booming Stax, Hi, Sun, and Ardent days. I knew most of the staples, but there were so many more artists and songs to discover. I was in music heaven. What I experienced informed my songwriting for the project, as well as the covers I would select for the album and my live show. My fourth album, Memphis, features some of the architects of the infectious Memphis sound that I just can’t get enough of. This Mixtape is a sampling of the music I discovered on my Memphis journey. It’s got the Memphis grit, heart, and soul. Get ready. It will make you want to shout, dance, sway, shake and sing! — Amy Black

Otis. The superstar of Stax Records. Do you know how much we love you and miss you? Your spirit comes through in every one of your songs. I love this ballad. Even though you don’t “go off” on the same level as some of the other songs, we feel your emotion, your desperation to make things right. Gets me every time.

Ann Peebles — “I Pity the Fool”

How did I miss Ann Peebles? I knew “I Can’t Stand the Rain,” but there is so much more to her. Now here’s a singer who can move from gentle to fierce without blinking. On “I Pity the Fool,” her line “look at the people” feels like a gut punch. A good gut punch. Ann Peebles, there’s no one who can “sock it to me” like you can.

I love, love, love me some Al Green, and we will talk about that, but fellow Hi Records artist O.V., now he’s got his own thing going on. He brings it every time. He’s got that Memphis grit in his voice. He sings with urgency. He makes you sit up and listen — and believe every word. “Blind, Crippled, and Crazy” is a killer example of this. It love it so much, I start every show with it.

Carla Thomas of Stax Records … if Ann Peebles has the growl, Carla’s got the purr. Her smooth voice and upbeat songs just make you happy, especially this favorite number. I was glad to hear “B-A-B-Y” is in the new Baby Driver movie. What a sweet, groovy song. I got my very own baby niece this last year (my first one) and this is her song. I sing it to her all the time and we dance to it. I’ll keep doing that until she begs me to quit out of embarrassment.

Going old school here. There’s a whole lot of history behind this one, so look it up. A few key points: Sam Phillips recorded it; many say it was the first recording of a rock ‘n’ roll song; the band and song were really Ike Turner’s but Jackie got the credit; oh, and that fuzzy guitar sound was a new thing. Something about a dropped amplifier? What I can tell you for certain is when one does this song live in 2017, people still go crazy over it. Long live rock ‘n’ roll!

Great to play these two back-to-back. This is song is absolutely infectious. Just stand still and don’t dance to it: I double dog dare you. I end the show with this one and usually go Pentecostal. It can’t be helped.

The Staples Singers  — “City in the Sky”

Okay, now we are talking. Mavis, you are MY girl. No one else can have you. Okay, I’ll share. Seriously, Mavis is one of my greatest musical and spiritual inspirations. I’m so grateful for her and her family and all the positivity and honesty they have put out into the world for decades. Mavis is still going strong at 78! Love this song. What a great message and a great groove. XOXO

This Hi Records superstar just oozes soul. That Hi groove and all that feeling. Sexiest music available (and yes, I know about Barry White). If “Old Time Lovin” doesn’t get you in the mood, you might need to see a doctor.

I didn’t grow up listening to the blues or being exposed to this kind of music at all. You could think it’s sad or that I had some pretty excellent music to discover as an adult — I go with that latter line of thinking. To discover Bobby “Blue” Bland in my 40s was just the right time. I love this man’s full catalog. He is oh so smooth (they say “Frank Sinatra of the blues”) but can bring that Memphis grit in a heartbeat. Love this song. It’s groovy and is sure fun to do live.

A classic from the ballad master of Stax, William Bell. This is a beautiful song. It’s simple and stunning. More from William below. (He is still making music … and winning Grammys.)

This is Memphis. We’ve got to have some serious blues on this playlist. This Albert King version of a song originally recorded by Little Milton stopped me in my tracks the first time I heard it. The drama. Bring it, Albert. And those Memphis horns blaring in the background. Yes!

As I write about these songs, I’m listening to them. I have a huge smile on my face right now. Does Big Star do that to you, too? Just make you happy? Just make you want to dance around the room? That’s what they do for me. It’s not soul music, but it gets to my soul. Having the chance to hang with Big Star drummer Jody Stephens at Ardent while mixing my record also made me smile. What a guy. What a band.

Quintessential Memphis. These guys are keeping that amazing Memphis sound alive and well. I had the pleasure of working with Bo-Keys leader Scott Bomar as my producer for the new album. I came to him because I love the sound that he gets. This song is a perfect example. So good!

William Bell — “Poison in the Well”

We are back to William Bell. He’s the only person who gets two songs. I just can’t help it. He’s 77 years old and making a comeback. But to those who have always loved him, he didn’t go anywhere. I’m digging his new Grammy-winning album and I gotta share. I’ve been rocking out to this song all summer in the tour van. Enjoy!

Don Bryant — “What Kind of Love”

Speaking of comebacks … Don Bryant is the husband of Ann Peebles and wrote many of her hits, but he’s also a amazing singer. He’s been singing gospel for years, but this summer released a new soul/R&B album that Scott Bomar produced. He’s touring with the Bo-Keys and killing it.

North Mississippi Allstars — “Meet Me in the City”

The Dickinson family is legendary in Memphis. Jim was one heck of a musician and producer, and his kids — Luther and Cody — are following in his footsteps. Glad there’s a next gen of Dickinsons to bring us more great music.

Valerie June — “Wanna Be on Your Mind”

Valerie June calls Memphis home. She’s described her sound as “organic moonshine roots” (found that on Wikipedia). While it’s not classic Memphis soul or blues, both are certainly influences, along with folk, gospel, country, Appalachian, and bluegrass … otherwise known as Americana music! This is one of my favorites from her debut album, Pushing Against a Stone.

Joe Restivo is a killer guitar player. Al Gamble slays on the organ. George Sluppick is wicked on the drums. Put these guys together, and you have the excellent Memphis trio, City Champs. Treat yo’ self and listen to this song and many others. These fellas played on my Memphis album. Yes, I’m a lucky lady.

I remember the first time I heard of Memphis-based singer/songwriter and bass player Amy Lavere. An industry guy played me a murder ballad of hers and said, “If you want to do a murder ballad, this is the way to do it.” I talked to him today and he stands by that. She worked with the late great Jim Dickinson on the album this track is from, Anchors and Anvils. Fun fact: Amy played Wanda Jackson in Walk the Line. How freaking cool is that?

John Paul Keith — “We Got All Night”

I’ve had the pleasure of seeing John Paul play live several time in Memphis and got to hang out while he was doing some recording at Scott Bomar’s studio. His music is a sweet and soulful mix of rock ‘n’ roll, country, rockabilly. Dig it. He plays a lot in Memphis. Make sure to catch him next time you are in town!

From Idaho to California to Memphis. That was John’s path. Definitely a great move resulting in some excellent music. He won the Blues Music Award for “soul blues male artist of the year” in 2014 and has recorded several albums in Memphis. He also plays a mean blues harp. Next time you are in Memphis, check out his killer side project called the Love Light Orchestra. Big band. Big sound. Big time.

Yes, I have to put one of my songs on this playlist. But I did put it at the end, so there’s that. I picked producer Scott Bomar’s favorite song, “The Blackest Cloud,” for your listening pleasure. It’s a mix of old and new and features HORNS. If you like what you hear, stream the full album on Spotify. Okay, advertisement over.

You made it this far. I’m going to either reward you or punish you. It’s all based on your perspective. I love the song “Uptown Funk.” What’s not to love? And the coolest part is that it was recorded at Royal Studios, the historic spot where all of the Hi Records artists recorded with the Hi Rhythm section. Boo Mitchell (heir of famed producer Willie Mitchell) is running the studio and following in Willie’s footsteps as a producer and engineer. They are celebrating its 60th year right now in 2017. What a great testimony to how relevant Memphis is to today’s music scene!