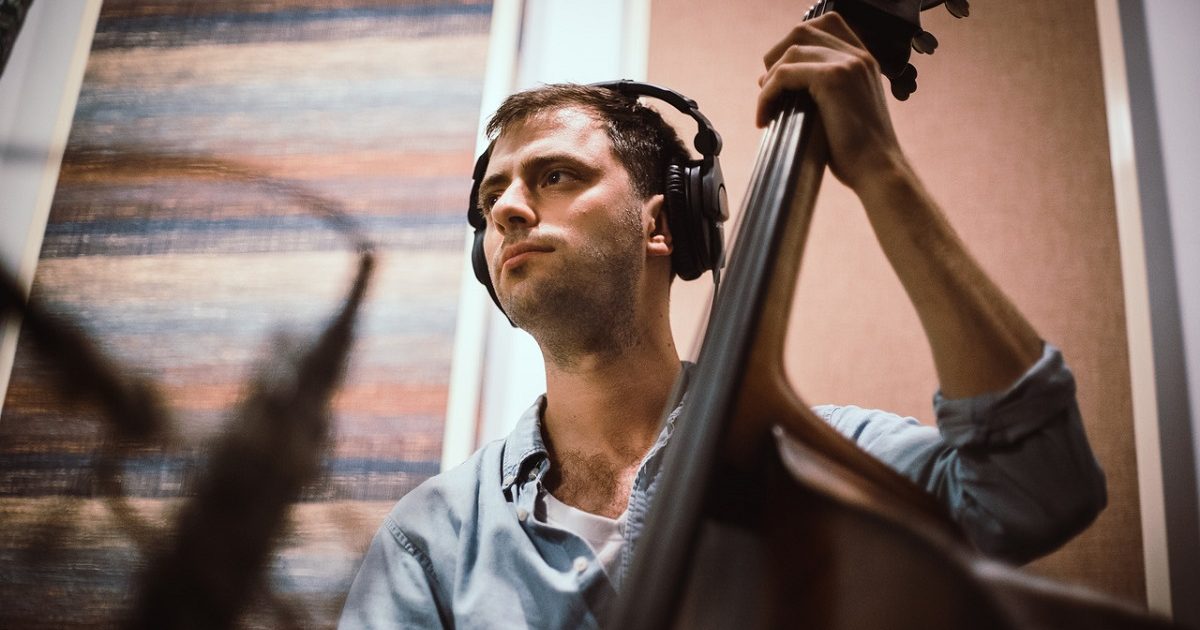 Maybe I’m biased*, but I’ve always felt that the bass is the most important instrument in the bluegrass band. It might not immediately draw your ear, but a bassist’s interpretation of the groove and harmony of a song holds substantial power over how the song is ultimately felt by the listener. Without a great bassist, a band full of shredders can sound anemic and sad; a heartfelt lyric can seem tedious and derivative. But add some tasty low end, and the same band will soar; the lyric will swell with passion! (Attention sound engineers: simply cranking the subs won’t cut it.) As such, the bassist’s importance in a bluegrass band is considerable.

Even so, great bassists are rarely given their due, unless they also happen to be virtuosic melodic players. Well, that ends today! Here are some examples of masterful low end artistry from some of my favorite denizens of the doghouse. Please excuse the shameless inclusion of one of my own tracks, because, well… I have an album to promote. Enjoy! — Jeff Picker

Mark is one of my favorite bluegrass bassists. His tone is huge and clear, and his bass lines are subtly creative. On this track, listen to the fluid transitions back and forth between standard bluegrass time and a more open feel. Also note his slick fills and voice leading throughout.

If aliens came to earth, demanded to know what bluegrass bass sounded like, and stipulated that I had only one song with which to demonstrate it, I’d play this. Gene Libbea’s feel is perfect; his note choices are just varied enough to add a bit of intrigue to the basic harmony of the song, while never sacrificing the pendulum effect that drives the bluegrass bus. The occasional unison fill with the banjo adds to the fun.

I love this approach to the bluegrass waltz. Jack Cooke’s playing here is busier than what you might hear from many bluegrass bassists these days, and there’s a certain playful and casual quality to it, which I find refreshing. He bounces around between octaves, and between full walking lines and half-notes. Old-school, “open air” bass playing.

This song may sound slow and simple, but make no mistake: to groove like this, at this tempo, in this exposed instrumentation, is HARD. Todd Phillips demonstrates his mastery here: clear tone, impressive intonation, and intentional, direct timing. I also love how softly Todd plays — at times, he seems to barely touch the bass. To me, that conveys maturity and experience.

I had fun studying the bass playing on this track when I got to perform it with Patty and Ricky Skaggs a few years back. Clarence “Tater” Tate played both bass and fiddle for Bill Monroe’s Blue Grass Boys over the years, and had about as much pedigree in bluegrass as can be achieved. I dig the playing here, because it feels like an old-school, 1950s approach (bouncy, busy, slightly loose bass playing), but with contemporary recording quality. If you focus on the bass, you can tell how much fun he’s having with the slightly crooked form and joyous lyric — it sounds like a musical smile.

The first time I heard this song, I didn’t even realize there was bass on it. But I found myself coming back to it, drawn by the story-like quality of the musical arrangement, and I realized that the bass plays a major part in that dynamism. Viktor Krauss displays impeccable taste in his musical choices here. He knows when to play, when not to, when to articulate an additional note, when to sustain. For a player as technically proficient as Viktor, such restraint is impressive. His playing serves the song, first and foremost.

As everybody in Nashville knows, when Mike Bub and his Kay bass show up at a gig, a fat groove is imminent. This track showcases Bub’s rock solid hybrid feel — he bounces between 4/4 walking and half-time, triplet and ghost note fills, and even has a little two-bar break in the middle. This is the type of bass playing that makes it virtually impossible to sound bad (not that Del and the boys needed any help in that department). Bub is also a great guy with a sense of humor and tons of knowledge and stories about Nashville’s music history.

Bluegrass as a musical style is pretty specific — there’s room for a wide variety of personal voices, of course, but there are definitely some foundational qualities and vernacular that indicate whether a player is truly versed in the style. On this track, jazz legend Dave Holland sounds like exactly what he is: a jazz musician playing bluegrass. Normally a recipe for disaster, here somehow it works. His tone, feel, note choice, and general approach sound foreign in the style, but they actually mesh with Hartford’s loose and jovial manner quite well. A slightly bizarre but enjoyable approach to bluegrass bass.

I’ve spent a lot of time studying Mark Fain’s playing for my job with Ricky Skaggs, and I’m always finding subtle little musical gems in his bass parts. It’s Mark’s tone, taste, and timing that anchor most of the canonical Kentucky Thunder recordings that we all love. This track showcases his mastery of the bluegrass groove at a slow tempo — listen to the way he spruces up what could be a one-and-five-fest with ghost notes, fills, and syncopation.

When I was making my new record, With the Bass in Mind, one of my musical goals was to find some space for the bass to shine and for me to use some of the technique I don’t use very often as a sideman. As such, the record has many bass solos. This song has no bass solo, however, since this Mixtape isn’t about bass solos! There are some cool bass lines in it, though (if I do say so myself). I tried to choose my notes carefully, to help anchor the band through the song’s many metric changes.

This track is not exactly bluegrass, but what an incredibly grooving bass part. Here is a rare example of a time when slap bass was musically appropriate! Dennis is a friend of mine and a great guy and bassist. He plays with gut strings, punchy tone, and undeniably solid time. He’s also the master of throwing in a couple creative measures of voice leading at exactly the right moment in the song. I try to catch Dennis out playing in Nashville whenever I can.

Stan Getz and the Oscar Peterson Trio – “I Want To Be Happy” (Ray Brown, bass)

This is obviously not bluegrass, but no bass-centric mixtape would be complete without tipping the hat to King Ray. His half-time feel throughout the melody is flawless, and just listen to that crushing avalanche of groove beginning around 00:37. Ray is a bluegrasser’s jazz bassist because he plays on top of the beat, and his playing has a relentless forward motion, like the banjo playing of Earl Scruggs. I’ve loved this recording since I was 15 — you won’t find better bass playing anywhere.