MIXTAPE: Jeffery Straker’s “How the Heck Did I Get Here?” Playlist 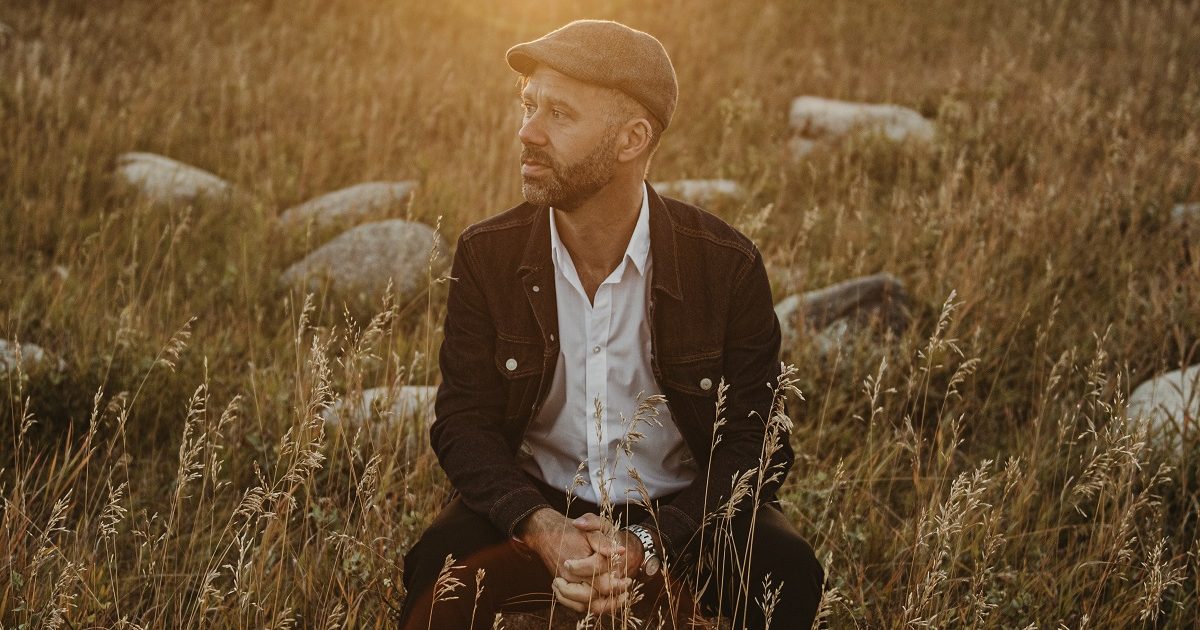 It’s been a year and a month since I got back from my last tour in pre-pandemic times (as we now refer to it). I was winding through the Okanagan Valley in British Columbia, Canada, performing a run of seven shows. The month of March in the Okanagan usually has summer-like weather and the temperatures on this trip delivered and then some. Even though I was working, the mountains, valleys, and blue skies reflected in lakes made it feel like a vacation during those long drives with music humming along on the car stereo.

Working full-time as a touring musician is a really busy lifestyle. If you’re not writing new material you’re getting ready to release songs, you’re promoting songs, planning a tour, going on tour — the cycle is endless. As a result, some of the only time I have for my mind to rest somewhat idle is on the long drives between gigs. I see it as a bit of a gift. The music accompanying my travels helps me get a little lost for just a little while. Sometimes I arrive at the next place wondering “how the heck did I get here?” Here are some of the songs that I’ve enjoyed getting lost in. — Jeffery Straker

Often when I’m out on the road I’m traveling alone, or with a side-musician who is asleep in the passenger seat. Isbell sings about being a traveler missing someone he loves, and about reflections on some of the life decisions he’s made. “So high the street girls wouldn’t take my pay, they said come see me on a better day, she just danced away.” It’s perfect fodder for a freed up mind to wander within.

Joni Mitchell – “A Case of You”

Joni released this in 1971. When I first heard it I just loved that within the first few seconds of the song she sang “if you want me I’ll be in the bar”. Who writes like that? She does. I’ve never figured out the meaning of “I could drink a case of you and I would still be on my feet”. It’s perfectly vague. Does it mean “I could never get enough of you”, or does it mean “I’ll never be drunk on your love because it’s not enough”?

This is such a visual romp for me. Prine sings about how farmers would bring their daughters with them to town to sell eggs and the gals would head to the local roller rink. It’s so specific, but he delivers this great universal ponderance through chronicling this quirky event: “When you got hell to pay, put the truth on layaway, and blame it on that ol’ crazy bone.”

My grandma and grandpa loved this song and so many of the songs like this from the same era of country. It’s such a “story-song.” It’s so sad and the steel guitar with the string section accompanying it is such a perfect pairing. That ascending string line at the start of the chorus really heightens the emotions too; I hear it and wonder who thought of that line? George? The producer? George breaks into a spoken-word second verse and brings even more intimacy — you literally lean in closer to the speaker. Those feelings for the one he loves never go away until the day he dies. It just grabs you and doesn’t let go.

Stratospheric vocals, brooding piano, and a riveting story. It’s all here. Carlile is passing along some advice to young children who don’t quite fit in. They’re probably from the LGBTQ community, but certainly from any marginalized group. “Let ’em laugh while they can. Let ’em spin, let ’em scatter in the wind. I have been to the movies, I’ve seen how it ends, and the joke’s on them.” Riveting stuff and you want to hit repeat.

In the wake of my mom passing away just over two years ago, I discovered Lori through her song, “A Mother Never Rests.” It’s perfect. And through that song I found this one that really struck me; it’s from the same album. She very fluidly goes back and forth between “younger days” and the present, both longing for the past and accepting the present.

This is the latest single I released from my upcoming album; it’s a waltz. This song, like the album, is lyrically reflective. I figured that the waltz-time would add to that feeling — I find waltzes take me back in time. Lyrically the singer looks back at life’s ups and downs, but ultimately lands in a place of contentment with where he’s landed. I think that’s all we want to eventually be able to do — be comfortable with the path we’ve taken.

Leon Russell – “It Takes a Lot to Laugh, It Takes a Train to Cry”

This is a Dylan tune that Leon Russell recorded in 1971. Dylan recorded it in ’65. It’s the vibe that I love here, though I don’t actually know what it’s about. It’s got all sorts of sexual allusions in its swagger. Russell approaches it slower than Dylan and for me this tempo suits it perfectly.

I moved to Belfast, Northern Ireland, for part of my university studies and lived in a house with some great singers. At late-night song and drink sessions this song was a favorite for two harmony-singing gals, Carol and Loraine. Every time I hear this I’m transported back to that old Georgian row house and I’m standing in the kitchen listening to them.

There’s such beauty in the simplicity that Dolly conjures up with her words. In the very first verse you see her “Watch the kids a’ playin’ with June bugs on a string.” It’s lovely, and now I want to do that. It’s a different time and Dolly paints an idyllic picture of her roots. When I think back to my home, thankfully I have good memories of it too — and she sort of takes me there even though she grew up in a two-room log cabin and I did not. But that’s Dolly — taking something specific and making it wonderfully universal.

Gordon Lightfoot – “If You Could Read my Mind”

I wasn’t a huge Gordon Lightfoot fan in my teens and 20s, but once I hit my 30s I became rabidly into his poetry. This song is quite simply about the failure of a marriage but the language he uses to describe it just takes me somewhere else when I listen. All his talk of “ghosts from wishing wells,” “a paperback novel, the kind the drugstore sells,” and “a movie star getting burned in a three way script.” It just grabs me and doesn’t let go.

I once had the chance to sing this in a variety show in a big theatre in Toronto. I had to memorize the lyrics and chords for the performance so I got to know it really well. The chord progressions are just stunning and the melody sails along on top of it like the sun dancing across water. “I don’t know a dream that’s not been shattered or driven to its knees, but it’s all right, it’s all right, for we’ve lived so well so long.”

Madison Violet – “No Fool for Trying”

I’ve always loved these two gals from the first time I saw them in concert. Their chemistry is really magical through both their musicianship and their vocal harmonies. The arrangement on this song is really simple and the chug-chug-chug rhythm seems to pull me down the highway on long drives. It opens with the lyric: “There’s trouble on this road…” and you’re left curious as to what’s happened. It pulls you in like a good book.

David Francey – “Blue Sorrow and Then Some”

It’s a longing song and the title says it all. I really like the 6/8 feel. The tempo he’s chosen keeps it kind of light and almost cheerful, but with such a sad sentiment in the story being told. “…but sometimes I wonder, do you think of me?” His vocal performance helps you feel the fragility of it all.