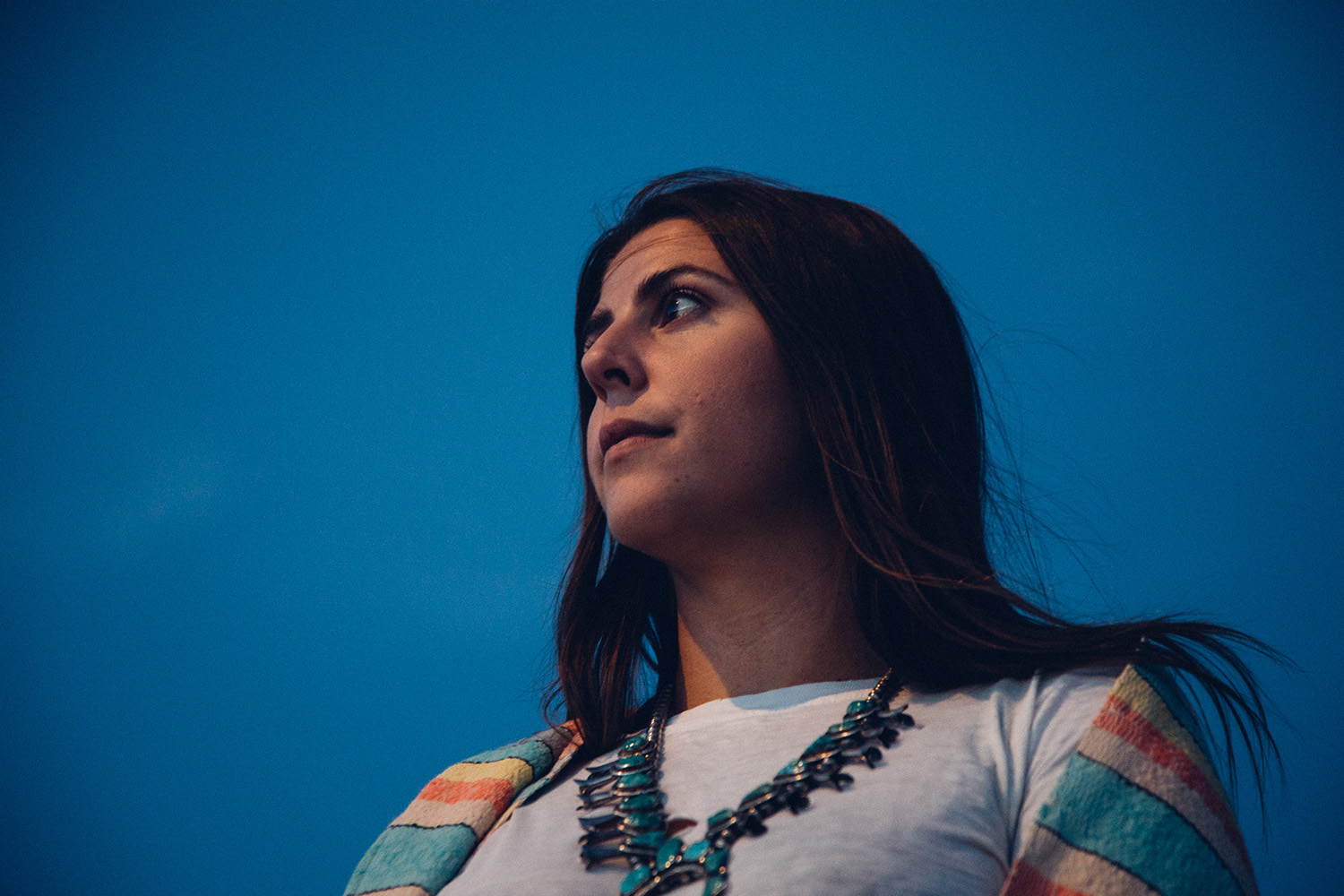 Piano players aren’t as common in roots music as pickers are, so we asked Jillette Johnson to compile a list of her favorites for us. The keys-tickling singer/songwriter’s new album, All I Ever See in You Is Me, pretty well indicates that she’s on her way to joining this list herself.

There is no sweeter, more poignant sound than that of Molly Drake, Nick Drake’s mother. She sounds like my childhood, chasing bunnies in my grandparents’ yard in Bethlehem, Pennsylvania, while my aunts, grandparents, and parents ate tuna fish sandwiches on the patio and talked about the weather. This song, in particular, has taken me through many changes in my life, from ending relationships to moving to new states to simply starting new days.

What a voice. And, by voice, I don’t just mean what happens when she opens her mouth. Aretha Franklin is, hands down, my favorite piano player. She plays like she sings. Without apologies and, simply, better than anyone else ever could, and perhaps ever will.

I first saw Randy Newman play when I was 16, at an ASCAP convention, where he was the guest of honor. He sat for two hours playing his songs and talking about them for long intervals in between. That day changed everything about songwriting for me. This song, I had already heard from my favorite movie of all time Beaches. Bette Midler, who plays Cecelia Bloom, sings a beautiful version of it. It’s one of my favorite moments in the movie. But honestly, once I heard Randy sing it live in that room, I fell madly in love with him, and don’t think anyone can hold a candle to his recording of it.

Carole King – “So Far Away”

I can’t think of a single person, album, or song, for that matter, that has influenced me more as a songwriter than this one. This — and she — taught me everything, starting at a very young age. I’m so grateful for it.

Favorite Elton song. I was already a superfan, but when my childhood friend, Chelsea, put this on a mix she made for me when we were in middle school, I became forever addicted to it. I listened to it every morning on the bus going to school and every afternoon coming home.

He released Closing Time when he was 23, I think, which means he must have written “Martha” before then, which doesn’t make any sense. “Martha” is a story that only an old man would be able to tell. My best friend and I often drive around Nashville together, singing this song at the top of our lungs.

I grew up on Billy Joel, and this has always been one of my favorite songs of his. He taught me not to be afraid of wordy mouthfuls of lyrics, as long as they tell the story in a way you can understand. My brother also, coincidentally, went to West Point for college, which is in Highland Falls, New York. So I blasted this song every time I drove up to bribe him to do my physics homework for me in exchange for donuts.

My friend Jon once said to me that he believes music can be reincarnated in people as generations pass. If that’s true, in my wildest dreams, I might be a reincarnation of Tori Amos. The way she writes, sings, and plays makes so much sense to me. It feels like my pain and my happiness, when I listen to her pain and her happiness. I know she makes the rest of the world feel that way, too, which is part of why she’s brilliant. And this song gets me every time.

Ben is the only person I’ve ever “fan girled” over. I was 17 and saw him in line at Starbucks in New York City. I walked up to him, thanked him for having such a big influence on me, and darted out before he could even respond. My big brother got me into him when I was 11 or 12, and I ate up everything he ever did from then on.

Now if I had the opportunity, I would definitely fan girl over Fiona. I dreamed of being her from the minute Criminal hit the airwaves. I’ve watched that music video thousands of times. I had a hard time picking just one song.

If you are a man and you sound anything like Rufus Wainwright, I will probably fall in love with you, at least a little bit. He really sunk into my skull after I turned 20, and changed the way that I thought about melody. He’s got this lilting, grand romance to him that few people other than Rufus can pull off.

Father John Misty — “I Went to the Store One Day”

If I had a nickel for every time someone told me I had to listen to Father John Misty … I’ll admit I was late to the game and fairly resistant, just because I live under the constant, bull-headed assumption that modern music is less good than the stuff I grew up on. But I’ll be damned if Father John Misty isn’t amazing. This song is beautiful, jarring, painful, and lives in a world all its own.