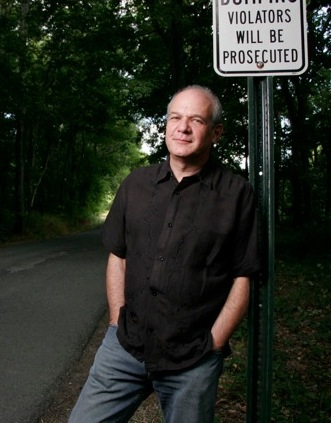 If the name Jon Weisberger doesn’t immediately ring a bell, it soon will…. this Renaissance man of the bluegrass world is a well-respected bassist for Chris Jones and the Night Drivers, music writer for Nashville Scene and The Tennessean, and IBMA Vice Chair, amongst other various roles in the industry (another recent addition to his resume is winner of IBMA’s 2012 Songwriter of the Year Award).  And now he can add his role as the latest addition to The Bluegrass Situation team.  Starting this month, Jon will be dispensing his wealth of wisdom in a monthly editorial column, waxing poetic on any variety of topical subject and music history.

We’re thrilled to have Jon on board, and thought we would introduce him to Sitch readers by having him curate our latest MIXTAPE.  And as if we needed any more convincing, our suspicions were confirmed:  the man’s got damn good taste…

‘My friend Amber Digby, a great honky tonk singer whose dad played with the Osborne Brothers back in the 70s, is working on putting together a tribute to Bobby and Sonny, so I’ve been listening to a lot of their stuff lately.  But honestly, I listen to a lot of their stuff pretty regularly.  Bobby makes the most bad-ass singing look effortless.’

Track:  The Game That I Can Win
Artist:  Lonesome River Band

‘One of the things I love about bluegrass is the longevity of careers.  You can go see folks who were making music professionally back before JFK was elected President, and a lot of them are still at the top of their games.  Tim Austin, a founding member and leader of the Lonesome River Band until he quit in the mid-90s, put up a bunch of videos of the early 90s edition of the band—Tim, Sammy Shelor, Ronnie Bowman and Dan Tyminski—a while ago; this is a great reminder of how killer—and how influential—these guys were a couple of decades ago and still are today.’

‘I spent a couple of years playing with a fabulous Ottawa Valley fiddler, stepdancer and singer, April Verch, and came away from it a fan of Canadian fiddle styles—and I was already a fan of the glorious quirkiness of musicians from back in the days before people started making up rules.  Here’s a band with twin fiddles and drums, a piano, a 5-string banjo and a soprano sax, playing a good old fiddle tune made for dancing—and sure enough, the dancing is sensational.   I just found this recently and can’t stop watching.’

‘Harley Allen, who passed away about a year and a half ago, is pretty well known in the country world as a great songwriter, but a lot of bluegrass folks think that he was an even better singer, and I’m one of them.  Mike Lilly plays some powerful banjo on this—the chordal thumb stuff in his break is amazing—and sings some stout lead on the choruses, but Harley’s vocals make you forget about everything else.  He had a style of ornamentation and phrasing that was simultaneously unexpected and exactly right; it never sounded premeditated, and it never sounded wrong.’

Track:  He Ain’t Never Done Me Nothin’ But Good
Artist:  The Isaacs

Track:  More Than A Hammer And Nails
Artist:  The Staples Singers

‘Gospel music is one of the great meeting grounds of southern popular music.  I love that, as different as these two sensational performances are, they have just three chords between them—not to mention a feeling of joy that’s unmistakably real and more than a little contagious.’

You can check out Jon’s editorial column every month exclusively at The Sitch beginning next week.