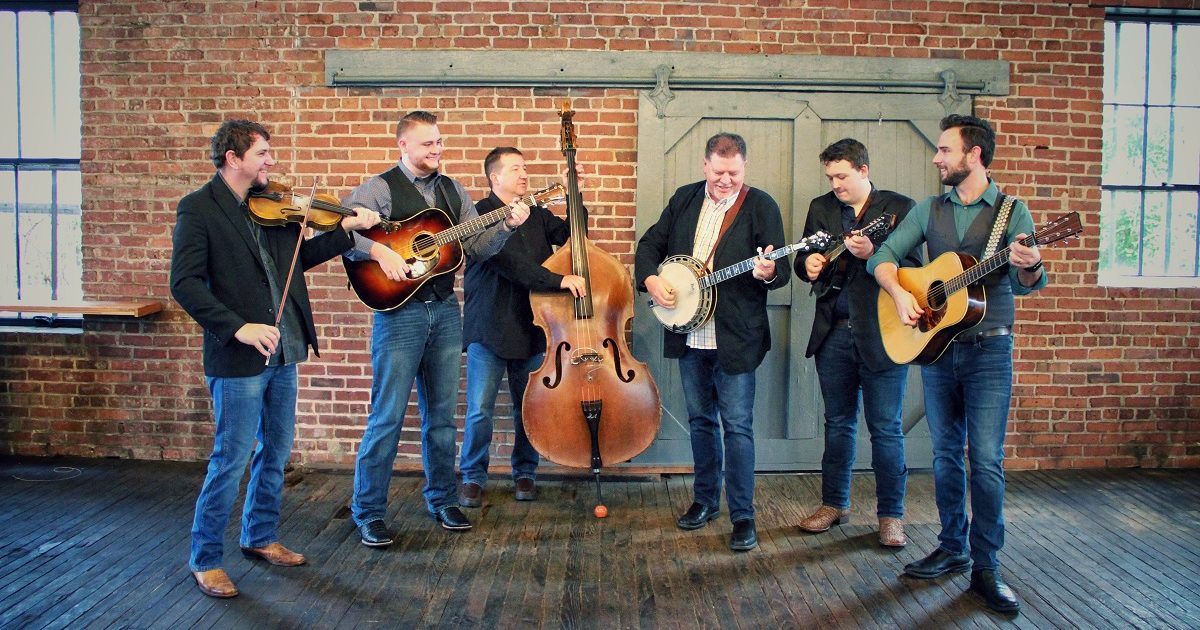 When we sat down to put together this mixtape we realized that the best playlist to pull from had already been created by Steve Dilling, our banjo player. These are songs that we actively listen to on a weekly basis. The theme also became obvious, because it truly is why we listen to these songs — motivation.

Sideline has been an actively touring group for about six years. We had started out with only four to six shows a year. Now we’re up to 130 shows, meaning roughly 200 days away from home. Road life isn’t easy, especially when it’s that heavy. Being pulled away from home and family for that long. Traveling hundreds of miles day and night. It can be easy to get weary and drawn. When we want to get a glimpse at the reason why we do this, and why we really love it so much to go through it all, we pull out this playlist.

We could’ve had a weekend of tough crowds, or maybe tough income. We’ve had several breakdowns that have left us sitting there feeling as low as one can get. So we pull out this playlist. It’s the perfect combination of songs to not only pull you out of the ditch, but get you excited and ready to take whatever is in front of you. It motivates us and gives us something to strive for musically. We hope you get the same motivation from it as we do! — Skip Cherryholmes, Sideline

Ronnie Milsap – “Don’t You Ever Get Tired (Of Hurting Me)”

Ronnie Milsap knows how to make you feel every single word. The way he comes back in on the last chorus, and his ending tag line are especially significant. Unbridled emotion. Unbridled talent.

This song just hits you in the face right out of the gate. The lead and harmony vocals are so tight and emotional all at once. It’s so sad, and it has so much power behind it.

Another vocal gem. This song was recorded at a time when tuning and pitch fixing didn’t exist. The performance is passionate and flawless. Whether you pull from the lows or the highs of this song, it will not leave you wanting anything but just more of it.

This song has so much drive and groove, accompanied by energetic harmonies. As a band that focuses heavily on rhythm, this song always gets the creative juices flowing.

This song is all groove. There is so much space between beats. At first glance you might feel like it’s nice and even, but then you realize that it pushes the whole way through. It can physically excite you with every turnaround.

There really isn’t a bad Bluegrass Album Band song, but this is one for the history books. J.D. Crowe and Tony Rice’s performance has set the standard for so many musicians. It is 100% bluegrass in its most natural form, and it is always just as exciting.

Vocals. Rhythm. Energy. Arrangement. Lead guitar work. This song has every bit of these elements to the max. It changes time signatures three times and changes grooves twice, all seamlessly. It hits the excitement nerve nonstop.

Steve Perry’s vocal is immaculate. The song has such a drive behind it. The intro is iconic, and catches your attention from the very first notes.

Chris Thile is one of the most brilliant players of our time. This song creates a blend of intricate performance and aggressive energy. The beat drives hard, as does Chris’ right hand on the bouzouki.

Sideline – “Crash Course in the Blues”

This song was fun to put together. We were looking for a song that we could jam to and have fun with. Steve came across this Steve Wariner tune one day and it was a perfect fit. It really gives everyone a chance to shine! We tracked it as live as possible to capture that fun energy.

There is nothing like a good story song and the life of Melvin Goins is a great story. This song has nods and elements to his classic sound, along with our own take on things. Finding the blend between the music and the lyrics is one of the best parts about recording and it made this song a blast to put together.

When we put this song together we had no idea what it would do when it came out, let alone that it would win IBMA’s Song of the Year. It’s a catchy tune with a cool story. It was all about playing it to a mean groove and giving the lyrics the best background. People really took to it, singing along and requesting it everywhere.