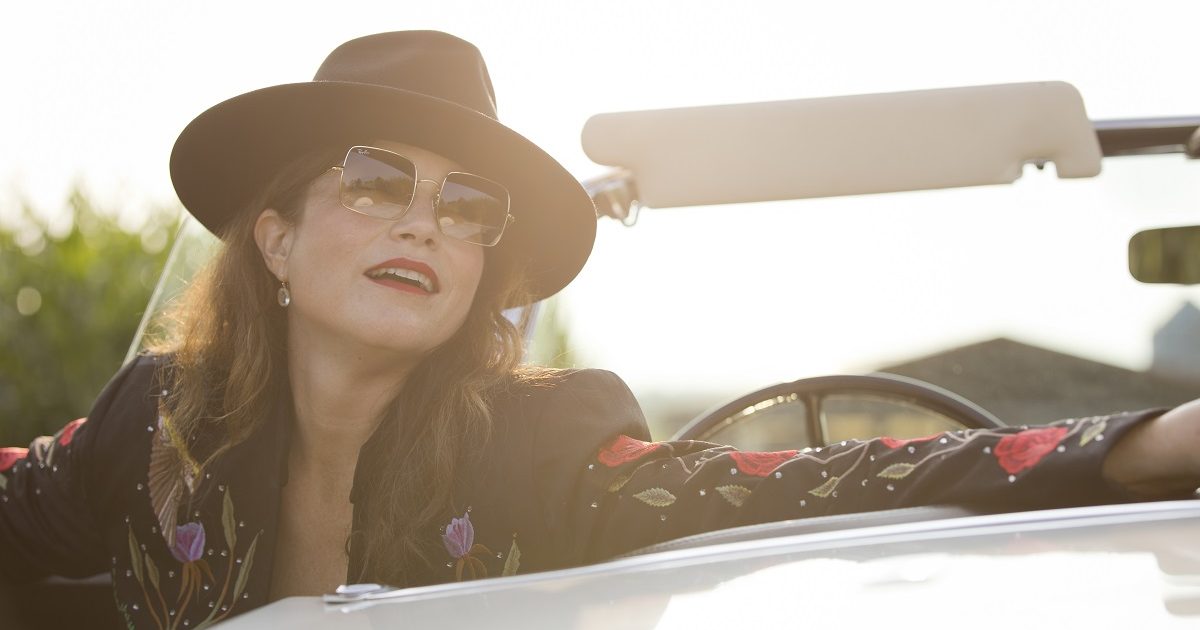 The Great American Songbook of country music is a vast terrain to cherish and celebrate. So vast, in fact, that to narrow it down into one playlist of favorite “picks” is an incredible challenge! That said, I’m sharing here a selection of songs that are some of my all-time favorite lyrics and melodies. (The kind of songs you’d take with you to a desert island.) When you look through this list, it is no doubt that you’ll agree: each one of these songs rightly deserves its space in the pages of 20th century American music history for the mark the songwriters and the musical icons performing them have made. The generations these songs have touched (and hopefully will continue to touch)… the audiences moved by performances, in some cases to tears… all from the impact of a single song. Amazing!

As I hope to do with my Songbook series of recordings, my artistic path honors these songwriters and musical icons in reimagining these songs in a new way, offering an inspired interpretation of some of these classic songs (as you’ll see below). I hope you enjoy a slice of what I like to call “My American Songbook.” — Staci Griesbach

Dolly Parton – “Coat of Many Colors”

Dolly Parton’s “Coat of Many Colors” celebrates its 50th anniversary in 2021, and in my mind, there may be no more perfect storytelling song with a purpose in all of country music. Through the lyrics, Dolly approaches some important underlying themes in her message with this song. From humble beginnings to the love of a mother to encouraging self-talk and faith to the discussion of bullying, this song is so inspiring no matter where you live or what your upbringing was like. Coupled with her incredible human compassion and all she does with her celebrity to make the world a better place, Parton continues to be awesomely inspiring. For my interpretation, we played up the whimsical nature with the Joseph and the Amazing Technicolor Dreamcoat reference to also celebrate Dolly’s immense talent in the Broadway space. Fun fact: I was once “Narrator” in the musical production, so there’s a special sort of kismet connection!

When a song is recorded by Hank Williams, Roy Acuff, Willie Nelson, and probably hundreds of other artists, you may wish your name was songwriter and country music legend Fred Rose. Willie Nelson’s voice and this song pair so well for me. It’s his renditions — especially the live acoustic ones where he brings the tempo down — that are my favorite.

If you’re going to do a playlist about country music standards, then this one has got to be on the list and perhaps top the list. As the most-played jukebox hit in history, the combination of Willie Nelson’s pen and Patsy Cline’s voice makes for a combination that never gets old.

Merle Haggard could sing the phone book to me, and I’d fall in love. This classic Haggard tune shows off some of his trademark moves, hitting the low notes with a sense of natural charm that could arguably make any gal swoon. His influence from Lefty Frizzell, who penned the song and had a strong arm in shaping many of country music’s early male voices in terms of style, is clear.

Anne Murray – “Could I Have This Dance”

I’m a sucker for a country waltz and the romantic in me gets caught up in this lyric every time I hear it. While the vocal is more modest in range and dynamic, it’s the sweetness of the tune that makes it feel like you’ve just put on your favorite winter sweater and nestled up to the fireplace.

Classified by many as the greatest country song of all time, it’s an exemplary tale of great songwriting paired with incredible talent. The song, the lyrics, and the vocal performance George Jones gives in this tear-stained ballad can’t possibly leave a dry eye in the room, no matter how many times you’ve heard the recording! This was the first song we tackled for my album celebrating Possum’s 90th birthday, and I was thrilled when songwriter Bobby Braddock shared his praise. In my cover version, arranger Jeremy Siskind arguably created a stage for this song to really sit in a spotlight it has never been in before.

Listening to this song play as a young girl, I used to dream of being swept off my feet in love someday, filled with the imagery of waltzing across a big ballroom with someone serenading me. When Ernest Tubb calls out his band members, it feels like you’re right in the room listening as they’re playing. I’ve always enjoyed his iconic characteristics in his sense of showmanship.

Several songs in Patsy Cline’s catalog can be called standards in country music and this is one of them. A favorite for many girl singers who adore her, Patsy’s swagger comes through in her bluesy vocal performance adding just the right touch of cry to connect us with her desire for finding love. For my cover version, also from arranger and pianist Jeremy Siskind, the song offers more of a meditative groove creating a moodiness that implores a sense of searching matching the lyrics with a more internal reflection.

The great Hank Cochran had a way with songwriting and that’s no secret. One of my favorite songwriters in Nashville history. His songs create a lasting impression, especially this one recorded by Eddy Arnold, Elvis Presley, Martina McBride, and the late great Ray Price.

When you put Tammy Wynette, George Richie, and Billy Sherrill in a room, you know a hit song will find its way out of the door. Wynette’s performance is simply stunning here, and this song really showcases her dynamic range as a vocalist. I also really enjoy Martina McBride’s cover on her standards tribute album.

The poetic nature of Merle Haggard’s catalog cannot be questioned, and while he’s known as the poet of the common man, it’s his love songs that have me right in the palm of his hand. Penned along with Bonnie Owens, this song might top the Haggard catalog for me.

Only recently I became aware that this song was written by the great Cynthia Weil and Barry Mann. I’ve always associated the song with Dolly, and with her incredible songwriting prowess, it was a natural assumption. This is definitely one of my favorite songs in Dolly’s catalog. For my cover, which is the flip side of my Digital 45 with “Coat of Many Colors,” Jeremy Siskind and I explored a ballad context to really bring out the emotional quality of the lyrics and the feelings that bubble up when you’re so in love with someone and forget for a moment that they’re not good for you.

There’s a lure around Hank Williams like no other in country music. And it’s no surprise when you listen to Williams’ catalog why George Jones and so many others looked up to and tried to emulate Williams at the beginning of their careers. A true country music standard for its number of covers (including Tony Bennett), I’m a huge fan of Norah Jones’ performance.

From Kitty Wells, Melba Montgomery, and Emmylou Harris to Ray Price, George Jones, and Tammy Wynette, this song has been recorded many times over. While Andy Williams’ version might have hit the highest notes on Billboard’s charts, it’s Patsy Cline’s heartache-filled performance that is my favorite version. There were a few of her classic hits that didn’t make my tribute album and this one might top that list.

Kris Kristofferson – “Help Me Make it Through the Night”

The stories of Kris Kristofferson and Bill Withers have always touched me in the fact that both of them were working everyday jobs (sweeping floors and working at an airplane parts factory respectively) when their demos catapulted them into the spotlight. I’ve seen Mr. Kristofferson perform this live a few times and my heart melts every time.