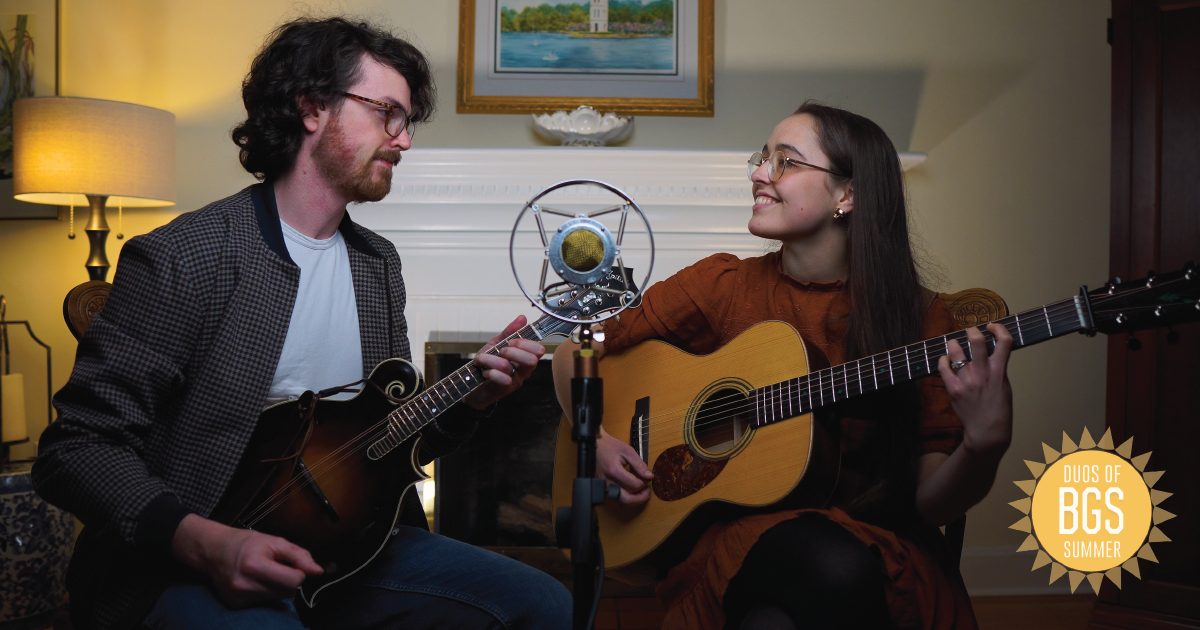 Each of us having grown up on either side of the Atlantic, our common interests and musical influences could not have been more similar. All of these tracks hold sweet memories in our years of being a couple, and each artist has definitely influenced our sound as The Foreign Landers. David and I thought we’d share some of our transatlantic story together through a few of our favorite songs. — Tabitha Benedict, The Foreign Landers

Paul Brady – “The Lakes of Pontchartrain”

This is one of our favorite tracks of all time. This version of the popular ballad is from Paul’s album Nobody Knows: The Best of Paul Brady rereleased in 2002. With Paul’s flawless storytelling ability and tasteful guitar playing, it makes it a joy to come back for a re-listen.

David and I have been big Crooked Still fans for a long time and they will often be our first choice of car music on any long journeys. Here’s a beautiful song written by banjoist Greg Liszt for Aoife O’Donovan that is just so sweet to the ears. This was one of the last songs they recorded before the band stopped touring in 2012 and it appears on their EP Friends of Fall.

This is where the inspiration for our band name “The Foreign Landers” was drawn from. Aside from having more of a story behind our name than just that, we both love this old song and especially love this version from Tatiana Hargreaves debut album Started to Ramble released back in 2009.

This title track of Alison Brown’s album Fair Weather released back in 2000 is a common favorite of ours. Vince Gill features on lead vocals and guitar, Alison on banjo, Stuart Duncan on fiddle, mandolin, and vocals and Gene Libbea on Bass and vocals.

Well, we knew we had to involve some of Ron’s writing and performing in this mixtape. We love this track, “Ivy,” off his album Walking Song. This is a perfect album for all year round, with guest appearances from a host of our favorite players.

The Weepies – “I Was Made for Sunny Days”

I first was introduced to The Weepies through hearing them on the radio back in Northern Ireland many years ago. My family instantly fell in love with their songs and sound, so I was so delighted to introduce David to their catalog when we were dating. Another favorite for long drives and singing along in the car. Here’s a real feel good song of theirs called “I Was Made for Sunny Days” from their album Be My Thrill released back in 2010.

The Boxcars – “You Took All the Ramblin’ Out of Me”

We just had to stick some good bluegrass in this mix of songs, and we’re so glad we chose this one. When David and I started dating, we would sing this to each other, and it has to be one of our favorites from the Boxcars album It’s Just a Road released in 2013.

Hot Rize – “You Were on My Mind This Morning”

At one of our first-ever performances about three years ago at the well-loved Cantab Lounge in Cambridge, Massachussetts, David sang lead vocals on this track written by Hot Rize. They recorded this on their 2014 release When I’m Free.

Dori Freeman – “If I Could Make You My Own”

We are big fans of Virginia-based singer-songwriter Dori Freeman, and especially love this track of hers from her 2017 release Letters Never Read. We recorded a cover of this song on our honeymoon on the Isle of Skye about two years ago now, so it holds a sweet spot in our relationship!

One of our favorite tunes off John’s album Walk Along John! John had been touring with the wonderful Greg Blake in Ireland back in January/February 2018, right when David took his first visit to Northern Ireland, and right when we started dating. We went to see them at a wonderful show at the Red Room in Cookstown. It was just a couple of days prior to making things “official.” I remember David playing this tune on that visit and it brings back happy memories!

The Foreign Landers – “I’m Not Sayin’”

We discovered this Gordon Lightfoot song from the late great Tony Rice on his album Tony Rice Sings Gordon Lightfoot. We have both loved this song for many years, and knew that when he would start a duo we would definitely be covering this one. We recorded this version on our EP Put All Your Troubles Away that we released in May 2021. We’re so thankful we did and hope you enjoy it!

David released this tune on his solo project The Golden Angle in 2018, named after the specialty coffee shop in Bath, England, back when we were dating. He has the amazing David Grier and Mike Barnett playing on this track with him.

David and I also tour and record with my two brothers in Cup O’Joe, our band based out of Northern Ireland. I wrote this song back in 2018, and recorded it on Cup O’Joe’s most recent album, In the Parting. I wrote this one with David in mind, not thinking that he would be playing mandolin on it a few months later!

Photo courtesy of The Foreign Landers