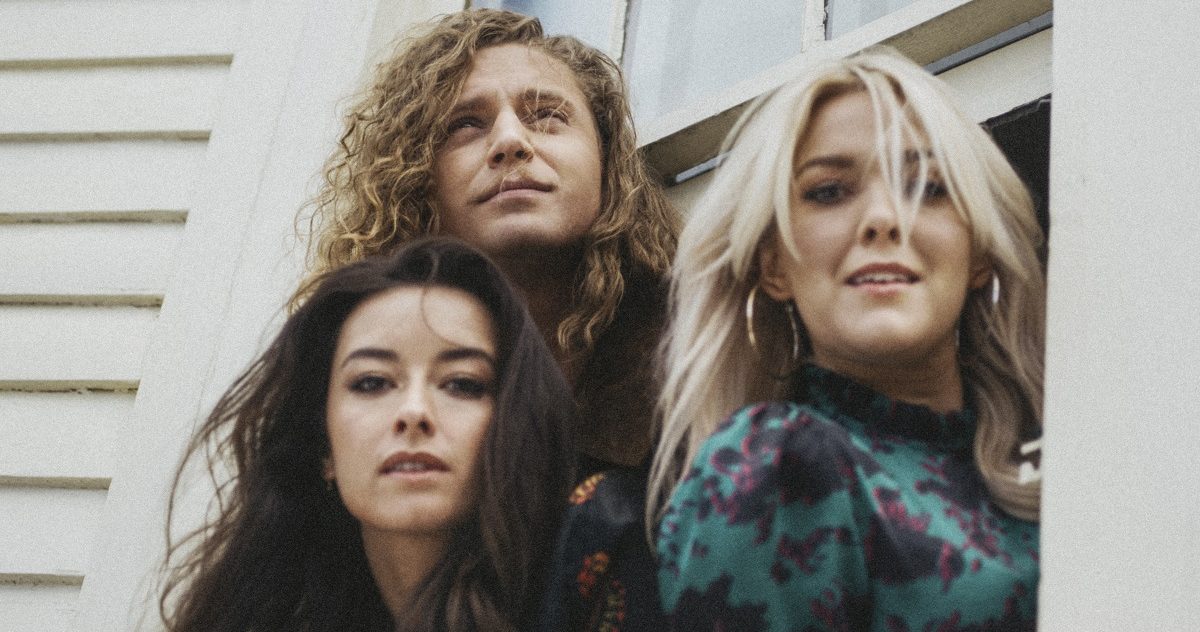 Inspired by the reaction we received from our fans to our new single, “Gold,” The Golden Tonic is a selection of songs that have helped us through tough situations, inspired us, or take us back to a specific moment in time. The past year has been heavy and we hope The Golden Tonic works its magic on you. — The Wandering Hearts (Chess, Tara, and AJ)

Editor’s Note: See the video premiere of “Gold” below.

The Tallest Man on Earth – “The Gardener”

This song lifted my spirits at a very low point of my life. I’d just lost my cousin who I lived with and it made me feel like he was everywhere I went and with me in nature and in all of the beautiful things. I have no idea what the song was actually written about, but that’s what is so powerful about music — it will mean very different things to different people. – Chess

Willie Nelson – “On the Road Again”

The song that always accompanies long journeys. When the band is on the road a lot, it reminds me of how lucky we are to be doing what we do but also gets me hyped for whatever adventure awaits! – Chess

My uncle introduced me to a lot of music which has had a huge influence on me, including this song. I was blown away by the rawness and flawless harmonies. The band had just [gotten] together and this song really made me realize that Tara and I have something special when we sing together. I was working all the jobs under the sun at the time, but it gave me such hope that music was possible and that it was all worth it. – Chess

Sister Sledge – “We Are Family”

During the endless UK lockdowns over the past year, when we were feeling down, demotivated or just fed up, my sister and I would FaceTime each other, put disco music on and dance around our kitchens! It really did the trick of getting me out of a funk and also cheering her up with my silly dancing! This song has featured every time and I will, from now on, blast this song if I’m ever having bad day. – Chess

A sad song, but one of those songs that makes me feel so grateful to have what I have in life. It reminds me to make the most of the time we’re given. – Tara

When you feel hard to love or unworthy, a song about not giving up on yourself. It’s about letting yourself be loved. Reminding you that you are enough. – Tara

Dolly Parton – “The Grass Is Blue”

A cathartic song for me. A sad song about survival and heartbreak but also about not allowing that ache to consume you. To find a way through, even if you have to lie to yourself to begin with. – Tara

Ella’s voice is a tonic for me. This song is restorative in her tone and phrasing as much as in the hopeful lyrics of a new beginning. – Tara

The Beatles – “Golden Slumbers/Carry That Weight”

Technically two songs, but you really can’t listen to one and not the other and they run in like one track, so there!! Going through “Golden Slumbers” into “Carry That Weight” has a whole journey for me of going through the reflection associated with loss or sadness, transitioning into the self-realization that we only have ourselves, so it encourages me to suck up the pain and keep going. – AJ

Randy Crawford’s performance on this song, as so many of her recordings, just has a perfect energy. She sounds so peacefully resolved despite this sad exhaustion in the lyrics. This resolve is so infectious and when I hear her singing through a smile it makes me want to fly away and leave all my troubles to yesterday too! – AJ

Maybe it’s just me, but I notice when I look for music to lift me out of a rut, it often ends up including songs that feature escapism or leaving. This is no exception and there’s something about the way this song just ploughs on and Linda Ronstadt sings like she’s sticking two fingers up to her problems while driving off into the horizon. I’d like that to be me. – AJ

Such a tune. It has a really lairy way of facing down feelings of loneliness and subduing them into a kind of angry but empowering joyfulness. I always find this one picks me off the floor a bit and gets me doing the useful easy things, like getting up and making a cup of tea. Might not be the big push I need but just enough to get that movement going. It’s a start and that’s a lot sometimes! – AJ