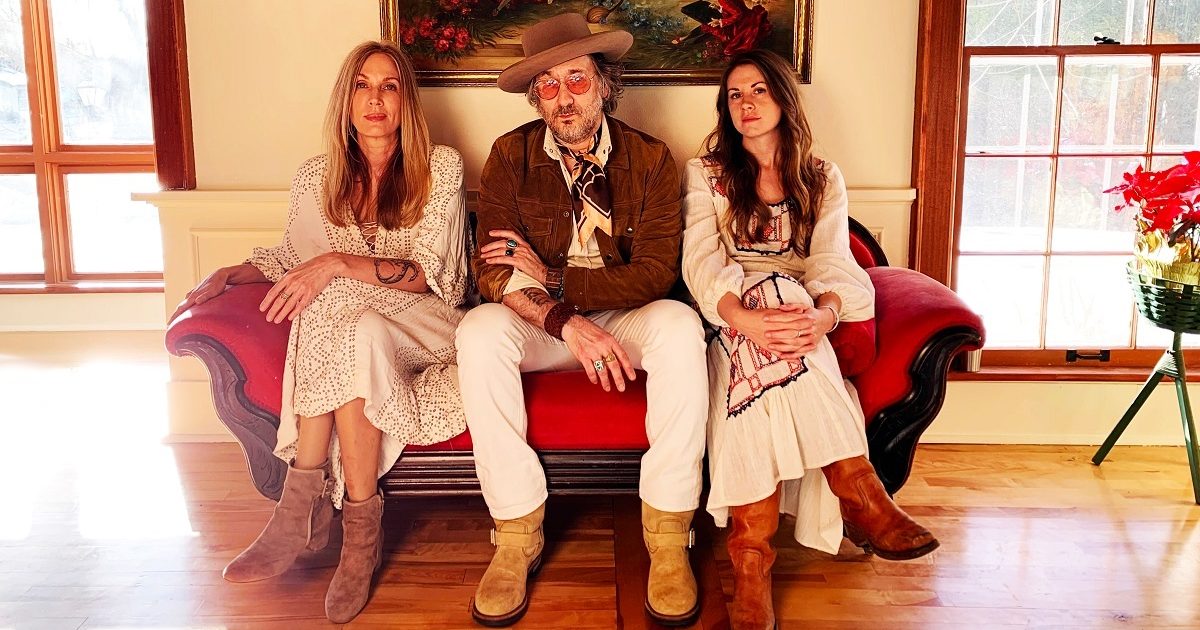 Me and my Turn Turn Turn bandmates Savannah Smith and Barb Brynstad have chosen a mix of music that’s either helped shape us as musicians and songwriters, resonates with us in these uncertain times, or is stuff we keep coming back to, like that lover we can’t seem to shake. It’s old and new like our band — we “turn” to the distant past of early American recorded music, “turn” again to that renaissance of the 1960s and 1970s, and finally “turn” again to the present looking forward. We hope you dig the sonic journey. — Adam Levy

Probably one of the most influential players of my life. Evocative, funky, reverent of past blues players, but super innovative. All the double stops sound like he’s often imitating fiddlers. I do that on the guitar solo for our song “Fourteen.” This song is the ultimate Ry Cooder groove with Jim Keltner on drums. Reminds me of years listening to it touring in a van with my band, The Honeydogs. — Adam

There’s another level of calm within Luluc’s music I have always appreciated. Nico with modern themes… I don’t know how they do it, but they do it so well. — Savannah

Who can say they HAVEN’T been influenced by the Staple Singers? Unvarnished, insistent, and catchy as hell, it’s no surprise that “Freedom Highway” is as eminently listenable today as it was in 1965. And sadly, although it was written more than five decades ago, this song’s imperative message resonates just as strongly in 2020 as it did during the apogee of the Civil Rights movement. — Barb

Judee Sill – “The Lamb Ran Away With the Crown”

It’s hard to choose a favorite of hers. One of the greatest underappreciated American songwriters. She crosses genres, she sings some of the most profoundly spiritual music and she hooks the listener with amazing harmonic movement and melodies. If you don’t have goosebumps at the rousing end of this gem you might need to check your pulse. As good as anything on Pet Sounds — maybe better. — Adam

Imagine if Dylan wrote a song about a female serial killer and had Emmylou Harris and Stevie Nicks join him while Grady Martin and Clarence White duel on guitar. — Turn Turn Turn

I fell in love with multi-instrumentalist Sarah Jarosz a few years ago, when I saw her perform at the Dakota, a renowned live-music venue in Minneapolis. Fresh-faced and not too far out of college (New England Conservatory of Music), she played as a part of a well-oiled trio of seasoned twentysomethings. This particular song appeals to me because it pierces the conventions of traditional bluegrass music — lyrically, vocally, and instrumentally. Importantly, it was my gateway to a deeper appreciation of bluegrass and old-time music. — Barb

Lefty is often overlooked in the country music pantheon. His voice is velvety voice and cheeky chords meld honky-tonk gently with Tin Pan Alley pop. This song is nearly perfect to me as a composition. — Adam

Jessica Pratt – “As the World Turns”

Jessica Pratt’s voice and melodies are incredibly ethereal. I’ve always admired her songwriting, especially in this song. To me, I feel the driving, unstoppable passing of time while stuck in a trance of reflection. — Savannah

Adam wrote this one about deep self-examination and suggested Barb and Savannah do the vocal heavy lifting. We’re pretty proud of this bridge and we bet Phil Spector or Jeff Lynne would give us a nod of approval. — Turn Turn Turn

Dixie Chicks – “The Long Way Around”

I love the Dixie Chicks for their fearless defiance of conformity. And I love this song’s transcendent harmonies, soaring hooks, and in-your-face lyrics (“I wouldn’t kiss all the asses that they told me to”) that serve as a clarion call to all the uppity movers and shakers who refuse to be conventional. — Barb

I came to country music through the Stones. They always had a couple country nods with close harmonies, twangy pedal steel-like riffs and stories about dissipation, loneliness, yearning, and travel. “Loving Cup” is loose and sexy, takes you by the hand, spanks you and just keeps building with that piano-horn driven, drum-tripping outro. — Adam

Laura Stevenson is someone I have always really looked up to. Both her voice and her songwriting are incredibly powerful. This song hit me really hard during quarantine; it’s heartbreakingly hopeful. — Savannah

First time hearing this I was struck by the driving rhythm. I thought it was a couple guitarists. I spent a couple days figuring out this relatively simple three-chord song. And I only recently figured out how to get that ragtime banging drive happening — some 30 years after first hearing it. — Adam