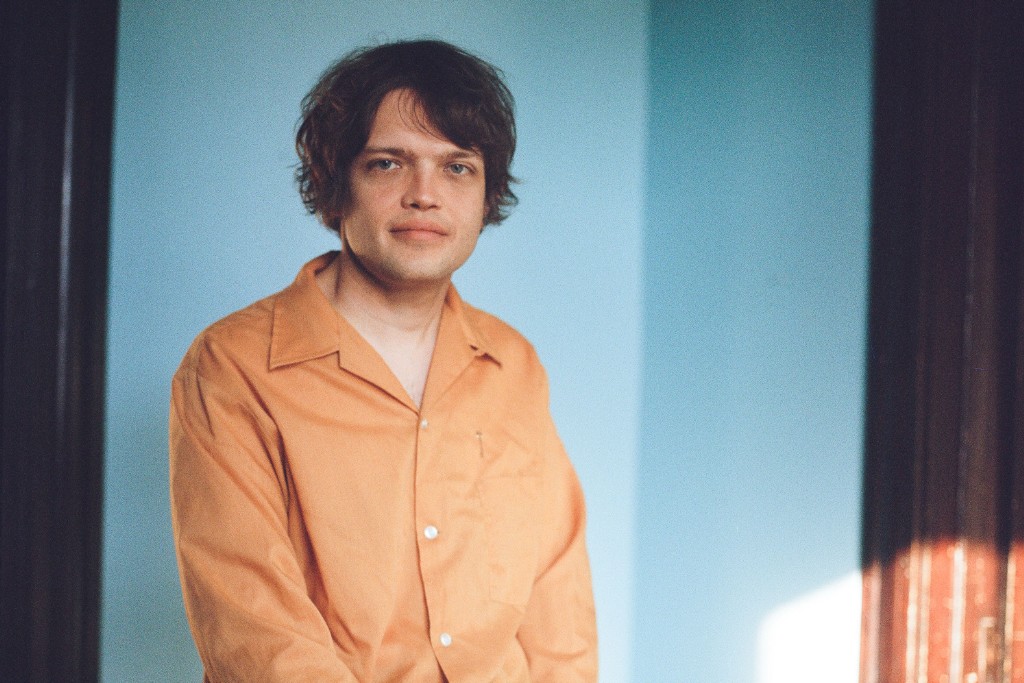 Growing up in Nashville, there were guitar heroes pretty much on every corner. There still are, and a lot of them are younger than me. A lot more are older. I wanted to share some tunes by some of my favorite players then, now, and at points in between. — William Tyler

Chet Atkins — "The Entertainer"
When I was in elementary school, we took a music appreciation class where our teacher played us a good amount of Scott Joplin. He was one of my first music heroes and I have always remained drawn to interpretations of his work. Naturally, I had to include a Chet Atkins song on this mix, right? Mr. Guitar? So here is his take on "The Entertainer."

Ry Cooder — "Why Don't You Try Me"
The intro to this song sums up almost everything I find so sublime about Ry Cooder. The way he is able to invert chords up and down the neck in such a fluid way, almost like the fluctuations of a choir. And, of course, perfect tone.

Nic Jones — "Planxty Davis"
There are a quite a few great pickers and friends out there (I think Nathan Salsburg, among them) who would agree with me in saying that this is one of the all-time great guitar instrumentals. Sort of like "Sleepwalk" by Santo and Johnny for the British folk crowd.

Mary Halvorson — "Cheshire Hotel"
Mary Halvorson is one of our great contemporary guitar visionaries. She uses classical jazz voicing and method, but veers into the outer regions just as quickly and does it with so much expression and originality.

Norman Blake — "Northern Winds"
This is a special one for me. It is in fact on a Steve Earle album called Train a Comin', but Earle obviously respects Norman Blake's playing enough to give him his own track. I remember hearing this as a kid because my dad had this record and I was totally mesmerized by this song. It's probably the first time I ever heard a guitar instrumental and thought, "I wish I could write something like that."

Robert Wilkins — "That's No Way to Get Along"
This got reworked by the Rolling Stones as "Prodigal Son" and it led me back to the original. Wilkins is one of my favorite of the Delta blues players.

Etta Baker — "Carolina Breakdown"
The Mississippi Delta styles of playing have always been an influence on me, but the Piedmont style of the Carolinas and Georgia was always a bigger one. Blind Blake, Blind Boy Fuller, Gary Davis, Elizabeth Cotten, and Etta Baker — Piedmont players always had a grasp of ragtime that fascinated me and offered a good lesson in learning a style of counterpoint as a finger picker. I love this song. It originally appeared on a compilation called Instrumental Music of the Southern Appalachians.

Sonny Sharrock — "Blind Willie"
One of my favorite guitar records ever is Black Woman by avant jazz legend Sonny Sharrock. It's mostly a barrage of frantic ensemble playing, like Albert Ayler with a guitar. But this short instrumental serves as a beautiful interlude, and it reminds me of an Appalachian dulcimer tune.

Joe Pass — "Autumn Leaves"
When I took some rudimentary jazz lessons years ago, "Autumn Leaves" was one of the first songs I learned. Joe Pass is, to me, the noble giant of solo jazz guitar, and this is his stunning version of that tune.

Sandy Bull — "Carmina Burana Fantasy"
Sandy Bull was another important formative influence on my playing. He had a knack for reinterpreting pieces of music, sometimes on an unorthodox instrument. Here is his take on Carl Orff's "O Fortuna" or, as someone else described it, "the most overused piece of music in history."

Luiz Bonfa — "Scottish March"
I had to include something by Bonfa, whose Solo in Rio is another all-time favorite guitar record. This piece has the same kind of modal drone that you hear in Sharrock's "Blind Willie," and I love the middle section where Bonfa uses the body of the guitar to imitate marching drum sounds.

Noveller — "Concrete Dreams"
Noveller is the name under which guitarist Sarah Lipstate composes and performs. I wanted to close this mix with a piece by a guitar player who is using the guitar to paint whole sound environments. Her work is meditative and haunting,