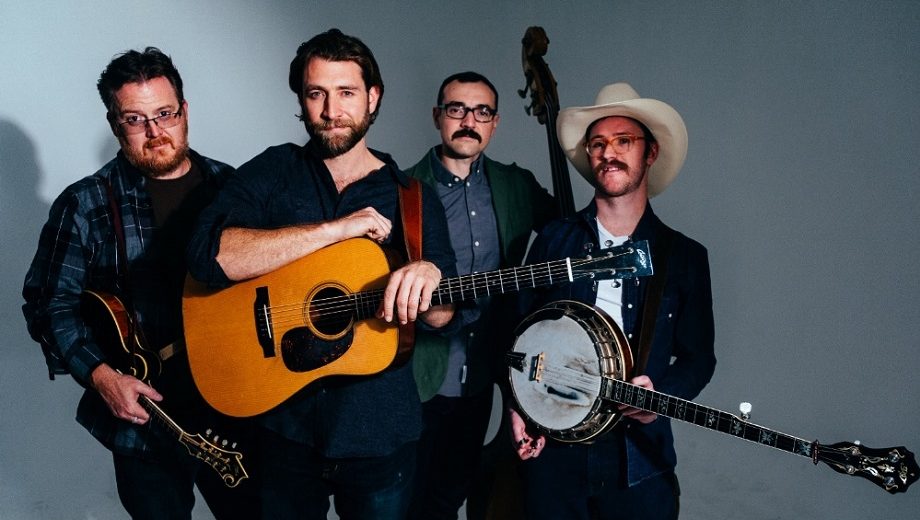 Welcome to our guide to The Grammys! You may (or may not) be surprised to learn that our musical tastes span far beyond the beautiful world of bluegrass music. Below you’ll find some of our favorite tracks from the Bluegrass category along with many other tracks from various nominees. This took us a while and was nearly impossible to narrow down. We could have easily made this list a lot longer. For now, enjoy some highlights and we’ll see you in L.A.! — Tony Kamel, Wood & Wire

(Editor’s Note: Wood & Wire’s North of Despair is nominated for a Grammy in the Best Bluegrass Album category.)

We’ve been fortunate to get to play some shows with these guys over the last few years. They’re great people and awesome bluegrass pickers but this album showcases their versatility beyond just bluegrass while remaining undeniably true to the bluegrass style.

Kacey received four nominations, including Album of the Year, for her album Golden Hour. Whether you consider it country or not it doesn’t really matter. From front to back the album is absolutely flawless.

Kendrick Lamar & SZA – “All the Stars”

This song is so catchy and so good you’ll want to start it over again once it ends. It also has landed four nominations including Record of the Year.

A poignant and powerful song by an incredible singer/songwriter. Don’t stop with this song because the entire album is amazing.

Are you someone who doesn’t listen to pop songs that much? Forget about all of that and give this song a listen. It’s a perfect pop song.

Bassist Marcus Miller is the Boss, the GOAT and a very bad boy. His unbelievable album Laid Black (up for best Contemporary Instrumental Album) is Marcus in peak form, start to finish. Don’t take our word for it, listen to the opening (live) track “Trip Trap.” You’ll find that Marcus is talking to you on that bass. Turn it up.

Mike Barnett: “Mary and the Soldier”

When we saw this title on Mike’s album, we were eager to listen to his interpretation. His fiddle playing is so tasteful, and his arrangement is so musical, we truly feel that the purity and passion of this traditional music has been understood, matched and advanced. And who better to sing than Tim O’Brien? Mike joins us in the Best Bluegrass Album category with his record, Portraits in Fiddles.

By now, you all know who Margo Price is. It’s funny that she’s up for Best New Artist considering how long she’s been doing her thing–and what a wonderful thing it is. Willie Nelson is also up for a few and we figured it would be nice to share this beautiful song they recorded together, featuring a classic Willie guitar solo on his beloved classical guitar Trigger.

Known for his guitar chops and background in jazz this album is truly unique. At times country or R&B it also sometimes sounds like a rockin’ indie album…Only instrumental.

Childish Gambino – “This is America”

The song alone is a monumental work and a powerful commentary on American society. It is also nominated for best music video for a good reason. Go watch the video.

Start to finish, this record is incredible. This guy has channeled some of the absolute greats in his delivery and recording style, including his father (blues drummer Calvin Jackson) and grandfather (the great R.L. Burnside). But make no mistake, Cedric has his own groove and own style. Benton County Relic is up for Best Traditional Blues Record and man it’s a doozie.

Greg Cahill and crew really crafted a gem of a record with Rivers & Roads. It’s chock full of some of the best playing we’ve heard. However, it’s hard to resist choosing this version of one of our favorite fiddle tunes, in which the band (plus our friends Rachel Baiman & Christian Sedlemeyer, as well as Alison Brown) built the recording around a previously unreleased track of our one of our favorite musicians of all time, John Hartford. Just awesome to hear it brought to life this way.

Aside from being amazing singers, these ladies sure can pick. This is one kick-ass instrumental! We’re thrilled to share this category with them.

Shout out to some of our fellow Austinites. This heartfelt song speaks for itself. Their record Cruzando Brothers is up for Best Regional Mexican Music Album and it’s awesome.

Not much to say here. We love Lady Gaga. Quite the vocal performance.

This trio has achieved acclaim in the jazz world and beyond for their compositions and performances. Though Brad himself is nominated for his solo on this song the band is jammin’ right there with him the entire time.

Of course Punch Brothers are amazing musicians but what’s more impressive is their limitless ability to take the bluegrass quintet to new realms.

Post Malone grew up in Grapevine, Texas, and released his first major hit on SoundCloud. This is his second album which showcases his vast blending of musical styles and influences.