‘Nathaniel Rateliff and the Night Sweats’ 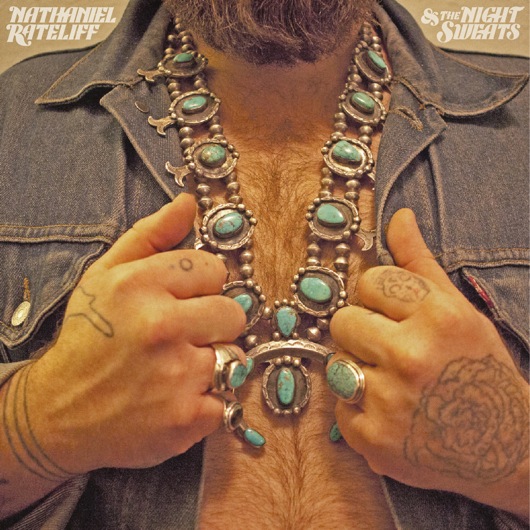 The ghost of Sam Cooke seems a little restless these days. Back in June, soul-man-of-the-moment Leon Bridges resurrected the smooth side of Sam with his debut set, Coming Home. This month, Missouri-raised folkmeister Nathaniel Rateliff and his band, the Night Sweats, reincarnate the dirtier side of the original Soul Stirrer with this set of 11 songs that tug at the heart of rhythm and blues.

It’s only appropriate Rateliff and his crew of sweaty men would drop this bundle of wax on the venerable Stax imprint, as the singer channels not only Sam Cooke, but just about every major vibe that’s been built below the Mason-Dixon line. Rateliff gathers the gospel and drowns it in the grits and gravy on the foot-pounding first song, “I Need Never Get Old,” shuffles down the dark alleys of Memphis with “Howling at Nothing,” and thumps the tub of rock 'n' roll with “Trying So Hard Not to Know.” There’s a street corner swing to the lovely four-part harmonizer “I’ve Been Falling”; “Look It Here” has the same four-on-the-floor as the album’s opener; and the oddly named “S.O.B.” riffs vocal riffs straight from the Baptist Church of Birmingham.

Everything here is drenched in reverb and mixed at a distance, as if you’re standing in the middle of a house party and the players are hanging out in a bunch of different rooms. It’s a strange experience at first but, after a cut or two, it all begins to make sense. The end result is a top-quality cadre of rough and tumble tunes that speak to the archangel but rock like the devil.