NEW ON THE SCENE: The Borrower’s Debt 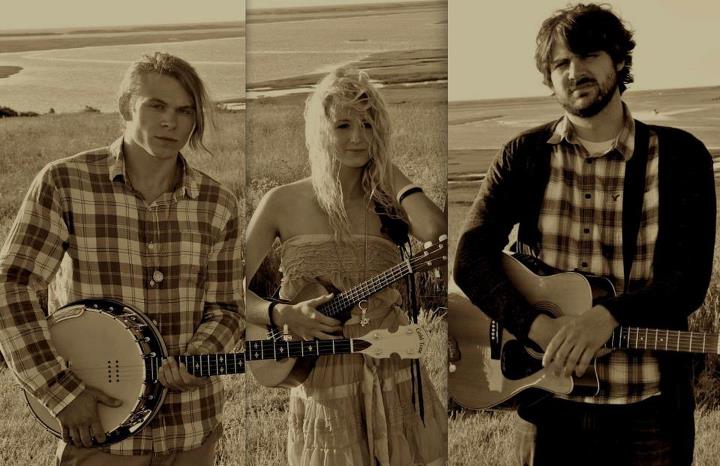 Welcome, Situation Readers, to the first installment of our ‘New on the Scene’ feature.  We’ll be bringing you the best of the up-and-comers from around the country.  For our inaugural feature, we’re thrilled to introduce you to THE BORROWER’S DEBT, an indie folk trio from Los Angeles.

What could make a folk duo more exciting?  Jordan Hearn and Tommy Gardner needed a little something extra to complete their desired sound and The Borrower’s Debt became a trio.  New Jersey born Callie Ray recently joined and has helped make some noise among Southern California’s Americana music scene.  A Treehouse Narrative, their debut EP, has been a favorite new record of 2012.  The tight, careful harmonies pull from the sounds of The Civil Wars with a touch of the rocking country vibe of Donna the Buffalo.

What are your thoughts on the current LA music scene and how The Borrower’s Debt fits in?

Tommy: We were all drawn to LA because of its musical diversity. There seems to be a boom of singer songwriter type acts right now.  The folk thing is definitely getting more popular.

Jordan: But at the same time I think we’re pretty unique.  We have a distinct sound. We’ve gotten a really good response so far.

Tommy:  We can play a huge venue, or at a backyard barbeque, I think we’re very versatile in that way.

As a relatively newer band, what’s your approach to reach your audience?

Callie:  We are working to build our online presence.  The advantage of the industry now is that there are so many platforms of exposure.  Facebook, twitter, YouTube, instagram – which I love.  There’s a lot of ways to connect with people.

Tommy:  We try to play as many shows as we can, and let people hear us live.  It’s one thing to hear a three-part harmony on a CD, but live… people are much more responsive.

Jordan:  We don’t shy away from old-fashioned promotion either.  Stickers, playing on the street, word of mouth.

Why call the EP “A Treehouse Narrative”?  How would you describe the general feel the record?

Jordan: My first apartment out here was a small, second story studio in Burbank.  It had 4 windows on each side, with a huge orange tree outside, which fostered the nickname ‘The Treehouse’. We wrote most of the songs there. We were just getting our feet wet as far as writing together goes.

Tommy: I was having a lot of mixed emotions with my life at the time, and I think that range is really expressed between the different tracks. So… Melancholy with a dash of hope.

What is your ideal performance?  Venue?  Audience?

Tommy: An audience that knows the lyrics to the songs and wants to sing along.  That’s always awesome.

Jordan: I want to feel like I’m having a conversation with the audience rather than talking at them.  Shows are way more fun when there’s that connection.

Callie: I’d love to play the Greek Theatre in LA. And Avalon, where I saw Good Old War, and my head exploded. And the Roxy where I saw The Dead Weather and decided Alison Mosshart was just the coolest chick.

Where will The Borrower’s Debt be a year from now?

Jordan: Celebrating the anniversary of you asking us this question!

Tommy: Hopefully touring!  We went on a mini tour of the east coast this past June, and we’re all really itching to get out on the road again.

Callie: We’re in the process of writing new songs, and are planning on recording those before the end of the year.  We’d like to release the new album early next year. Then tour with it.

What does Callie bring to the band as the newest member?

Tommy: Callie handles most of the upper register, and has a good ear for harmony.

Jordan: The three part really adds a fullness and warmth to our sound.

Tommy: Yeah, and having a female vocalist adds a different emotion to the music. There’s something about a girl’s voice that you just can’t get from a guy.  The first time we sang with Callie we were like ‘Yes!  She has ‘it’. That thing we were looking for, and I think it’s really brought us to a new level.

Tommy: We have a music video coming out!  And come to our live show, you won’t be disappointed!

Callie: At this level, fan support is such a motivating force. I love hearing people’s favorite songs.  I love knowing what it is that they identify with.

The Borrower’s Debt will be performing every Sunday night in September at The Escondite in Downtown Los Angeles.  You can learn more about them at www.theborrowersdebt.com