Pixar: For the Love of Folk 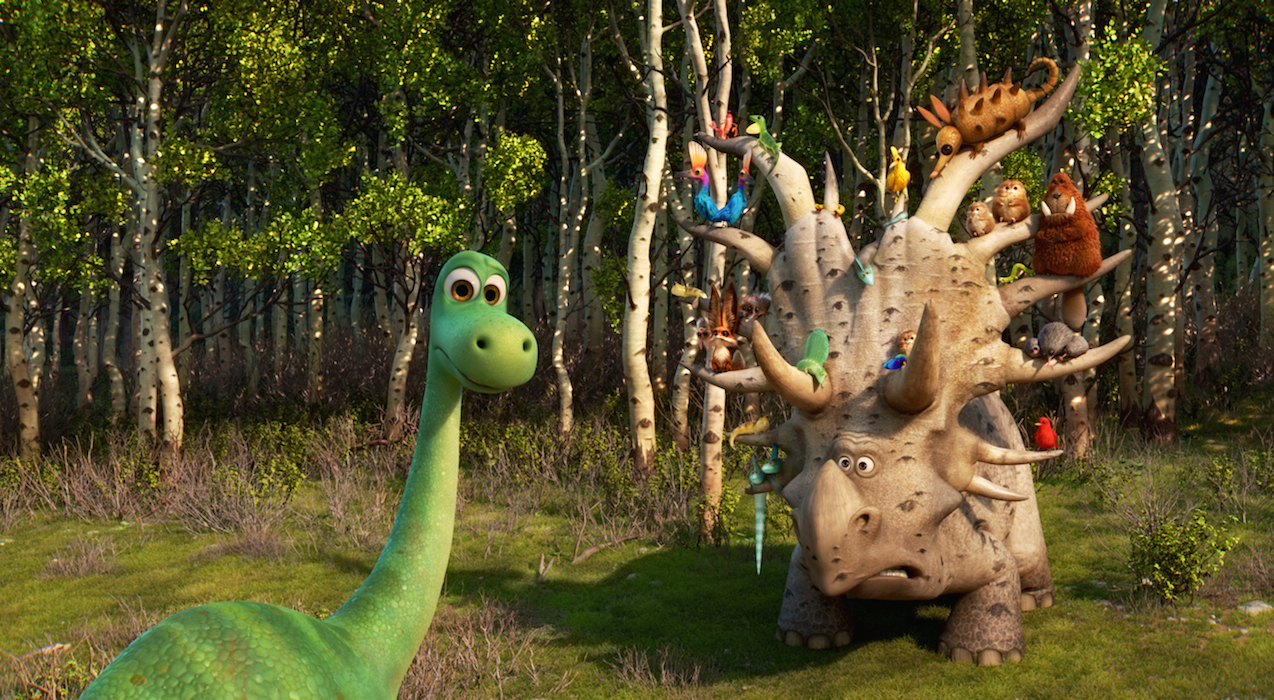 Pixar’s recent release, Inside Out, might be the best movie yet from the massive award-winning animation company. The story of a 12-year-old girl’s emotional development after a family move sounds a bit dry on paper, but the film is deeply complex. It works on multiple levels, features stellar voice talents — like Amy Poehler, Bill Hader, and Mindy Kaling. Of course, that’s Pixar’s stock in trade — beautiful, complex, touching stories that break the boundaries of family entertainment. And one of the more unheralded keys to this equation is the animation company's love of roots music. From Pixar's long love affair with folk in their films, here are six highlights:

In stunning animation, Lava tells the touching story of two volcanoes in the Hawaiian sea as they go through some major tectonic shifts in life. But really, the whole short is based around one song — “Lava,” by Hawaiian artists Kuana Torres Kahele and Napua Greig. The song’s lyrics are the only words. Pixar admitted that the song was patterned in large part after the music the great Hawaiian singer Israel Kamakawiwo’ole. Braddah Iz, as he was called, transformed how Hollywood and mainland America saw Hawaiian music and was featured in about a thousand movies. So it’s not ultra-groundbreaking for Pixar to want to work with that template, but the thing about them is that they get deep into their subject matter. Just as Inside Out consulted extensively with the most cutting-edge neuroscientists to get the current research into their plotline, here they’ve selected one of the best traditional Hawaiian artists, Kuana Torres Kahele.

This charming short about a wily old man playing himself at chess debuted prior to Pixar’s first full-length film, Toy Story, when the studio was mainly working on shorts. It’s basically wordless, with the focus on the virtuosic French musette accordion music of the great Gus Viseur. Like his friend, Django Reinhardt, Viseur came up in the bal musettes of Paris — the working-class dances that featured insanely virtuosic accordions and heart-breaking songs. His music now is some of the best-known Parisian musette music. He was a stunning musician, and the only accordionist to be featured in the Hot Club de Paris … plus he was Edith Piaf’s accompanist. He played a chromatic button accordion and was known for his wickedly complex melodic lines. You can hear that on the tune that Geri’s Game features, one of Viseur’s great classics, “La Flambée Montalbanaise.” Geri’s Game might well be the start of Pixar’s love of folk music in their films. It also won the Academy Award for Best Animated Short in 1997.

Toy Story 2 marked the start of Pixar’s work with the seminal and highly entertaining Western Swing outfit Riders in the Sky. With the addition of Jesse the Yodeling Cowgirl and the Woody’s Roundup characters, Toy Story 2 had a more Western theme than the first film, and Riders in the Sky were all over it — swinging along with fiddle, accordion, acoustic guitar, and doghouse bass, and turning in the memorable song “Woody’s Roundup.” The playfulness of their music and onstage personas was a winning match, not only for Pixar, but for Toy Story 2 itself, which had a much lighter feel than its follow-up, Toy Story 3. Riders in the Sky returned for the 2000 short For the Birds, as well, bringing their Western Swing and vintage country roots to this cute little film. Since, Riders in the Sky have recorded companion albums and covers for Pixar films, and actually won a Grammy for an all-Western Swing album of monster songs to go along with Monsters, Inc.

This film has the most folk music of any Pixar movie, perhaps in part from its historical setting in medieval Scotland. Pixar tapped Scottish composer Patrick Doyle and gave him the free rein to bring Scottish traditional music into the film. For example, Brave seems to be one of the few Hollywood films set in Scotland to use the actual Scottish highland bagpipes (played in the film by Scottish piper Willie Armstrong of the Red Hot Chilli Pipers). Doyle wrote songs in Scots Gaelic for the film, including the lovely lullaby sung by Merida and her mother (played by Emma Thompson). This song, “Noble Maiden Fair (A Mhaighdean Bhan Uasal),” was written by Doyle and inspired by the rhythms and stories of Scottish waulking songs (songs sung during community events). Doyle and the Pixar team also brought on renowned Scots Gaelic singer Julie Fowlis. She’s got a raft of great albums under her belt and is one of the best Gaelic singers living. With Fowlis on board and a composer who deeply understood Scottish traditional music, most of Brave’s soundtrack draws from Scottish folk roots.

Another nod to Parisian musette, perhaps, Pixar’s mostly wordless film Wall-E featured Louis Armstrong’s “La Vie En Rose” in a particularly beautiful sequence between the two characters. The song itself comes from Edith Piaf, the French musette singer that Gus Viseur accompanied early on who got her start in the nightclubs and bordellos of 1940s Paris. New Orleans jazz icon Louis Armstrong recorded the definitive English version of the song, but interestingly, he wasn’t singing lyrics that were direct translations. Prolific Disney songwriter Mack David wrote up English lyrics that, supposedly, reflected the spirit of the song. But the language between both is pretty different.

The newest Pixar movie, though it takes place in an alternate world where dinosaurs are the dominant life form, has a surprising amount of really lovely bluegrass and country fiddling (to go with a slight Wild West motif throughout). No surprise that they picked up master fiddler Gabe Witcher from the Punch Brothers for this!