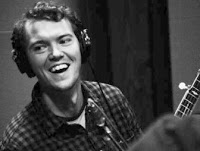 Last month, The Infamous Stringdusters’ banjo-extraordinaire Chris Pandolfi posted an article entitled ‘Bluegrass?’ to his blog.  The manifesto was later published in the Celebrity Access Encore Newsletter and widely covered and commented on throughout the musical community (The Bluegrass Blog did an awesome commentary on the piece, which you can read here).

I know I’m not treading any new territory here, but Pandolfi’s article was so well articulated and argued that I want to revisit some of his comments.

The majority of his writing focuses on the Stringdusters’ transition from traditional bluegrass band to their ever-evolving musical progression, and the backlash they faced from the bluegrass community:

‘We were discovering one of the universal elements of any successful business: flexibility. Our music did not undergo any significant or immediate changes, but our branding/trajectory changed pretty drastically…

This is where it gets a little tricky, because I think we are a bluegrass band, and we all absolutely love bluegrass. We never sat down and decided that our music would change in the same way that we decided our branding would change. The Stringdusters still play ‘Fork in the Road,’ Song of the Year at the 2007 IBMA Awards, at many of our shows. We’re a bluegrass band. But then we realize that the term ‘bluegrass’ just has too much baggage to take us where we want to be. To understand this part, and to then consider how things might change, you have to look at the biggest underlying question of them all: what is bluegrass anyway?’

First of all, let’s acknowledge that this is a question that has plagued every genre of music, from punk to classical; people are resistant to change.  Because of its deep seeded roots and legion of heavily dedicated and involved fans, bluegrass seems to rehash this argument again and again.  I find it sad, really.  We are in the midst of a movement of new, young, innovative and fantastically talented bands and musicians who are being denied from a musical community that should be welcoming them with open arms.  The truth of the matter is the traditional stuff will always be there, and artists will always respect it and return to that well of inspiration.  Pandolfi continues…

‘If we can at least accept/embrace the fact (you don’t have to agree with it) that some people think the Avett Brothers and Mumford and Sons are ‘bluegrass,’ we’d be doing such a great service to all the bands that are yet to get started.’

I started BluegrassLA because I was excited about the possibilities that this developing scene promised.  I have witnessed the young talent that emerged from the bluegrass circles in Nashville and Brooklyn firsthand, and know the potential for amazing things to come out of the Los Angeles bluegrass scene.  But for that scene to come to fruition–for both traditional and new bluegrass sounds–we need to keep our minds open and our ears listening.

‘If [the IBMA promotes change and openness], the PR kickback from bands who WANT to use [the term ‘bluegrass’] will be significant, the genre will grow and more attention will be directed toward all forms of bluegrass. This amazing, deeply historical music could really get its due, and we would all have something to celebrate together.’

Couldn’t have said it better myself.  Thanks Chris.  I am right behind you.

(You can read Chris’ full manifesto on his blog at http://chrispandolfi.com/)