Returning With ‘Cycles,’ Rachel Baiman Works Through the Stories of Women 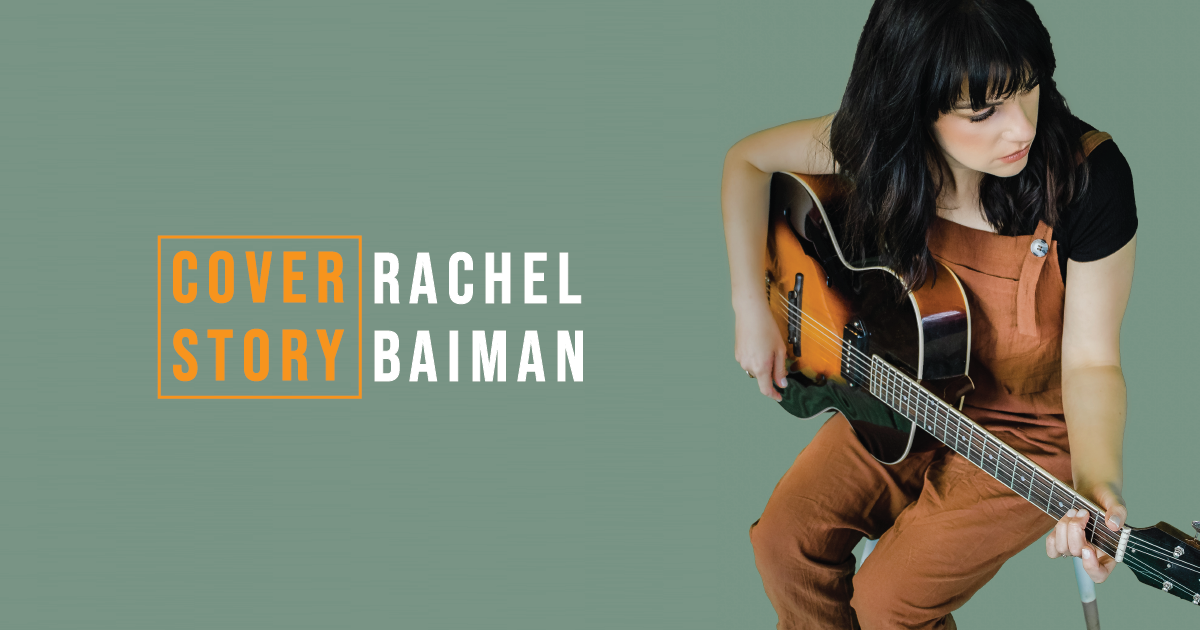 Rachel Baiman has never been afraid to delve head first into speaking her mind on the state of the world through her music. But with her new project Cycles, she approaches that task through a new lens focused on narratives that spark empathy in this era of entrenched polarization. Recorded in Melbourne, Australia, and steeped in its indie rock influences, she leans into a new sonic landscape with ease, collaborating with co-producer and Oh Pep! front woman Olivia Hally.

“This album started with the title song ‘Cycles,’ which was a co-write between me and Olivia,” Baiman says. “That happened around 2018 when she was in Nashville. I had been a big fan of hers for a long time. She asked if I would want to write with her when she was in town and I was like, ‘Absolutely, that is my dream.’ So we had that one writing session and it was a magical musical experience. It was kind of like going on a date, like an amazing first date. Because there was such a great working connection, I asked if she would want to co-produce the whole record.”

During her long-awaited first tour since early 2020, Baiman called in to BGS.

BGS: This album takes a bit of a departure from earlier bluegrass leanings. What has been influencing your sound these days?

Baiman: This album in particular was really influenced by the Americana and indie rock sounds coming out of Melbourne and that is what led me to want to work with Olivia Hally. There are a lot of artists and bands that I love from that town in this exciting roots music scene. Oh Pep! obviously was an influence on this record since Olivia had such a hand in it. But also I love Courtney Barnett, Dan Parsons, and The Maes. There are so many cool bands coming out of that scene. That was the impetus for going for that soundscape. Also, a lot of the more contemporary artists that I have been listening to are more in that rock and grunge vibe (probably more so than I would want to get to myself). I’m a huge Lilly Hiatt fan and Margaret Glasmeade as well.

You collaborated with amazing women on this record. Was that an intentional choice?

Yeah I’m always wanting to work with the right people first and foremost, but I definitely was thinking about how I could work with more women. Especially for the thematic nature of the record. A lot of it is written about women’s stories and about family. I did think it would be really cool to work with a female producer and when Olivia and I hit it off, I knew it would be awesome. It did change the environment. I felt very comfortable and at ease in the studio, which ideally you always want to be.

But when you are working with someone who you feel a little intimidated by, that can change the dynamic and limit your free flow of ideas. I am a huge fan of Olivia’s so that easily could have been the case but the dynamic was such that she made it feel very, very comfortable. There was no ego or shooting down of ideas. I think that when you are a woman in a male-dominated space, even if people are trying to make you feel comfortable, there is always going to be a layer of feeling like you are the outsider or that you have to prove yourself. Having that removed from the situation really did make a huge difference.

Bree Hartley is an incredible drummer. She was a rock star in this situation because we actually had to record all of the drums first because of a studio mishap. That’s a really crazy way to make a record. She had to go in there and make 12 drum tracks to nothing. She had one chance and that’s what we had to use and she nailed it. And Shani Gandhi is obviously such a rock star engineer. I was almost shy to reach out to her because she is so established. I was really stoked that she was into the project and she did an amazing job mixing it. Those are some of the chief players and all of them stand out in their fields.

This question is inspired by Cycle’s first single, “Joke’s On Me.” I read that you’d had a bummer of an experience in your music career that inspired this song. Can you talk about what some of the challenges in the music industry are and what you might change if you could?

That’s such a big question. I think a lot of the challenges honestly stem from the way that people in the country are treated when they don’t have a regular 9 to 5 job with benefits. Obviously healthcare is a huge challenge. Any kind of retirement plan is a huge challenge. Just having those basic safety nets that make you feel like if something goes wrong, you won’t be out on the streets and that your basic human needs are met, like health care. That is a countrywide systemic issue. I wish that everyone had access to that because it would dramatically change the experience of freelancing or being an artist.

On the artist side, everyone is trying to create art that is new and beautiful or that innovates. On the business side, innovation is scary because people don’t have a model. There is always going to be a disconnect between the art and the commodification of the art. When you are trying to make a living off of art, you have to have team members that need to make money off of you. …

For me, [I was] getting dumped from a booking agency for no reason other than they were merging and the people at the top of the new company decided I wasn’t making them enough money. It was hard because I knew I had a new record. I knew I needed one more record cycle and I could be there, just nine more months basically. I think that my personal agent would have kept going but he didn’t have a choice. You become a commodity because they aren’t looking at the art and thinking about ideas you have for the next record, they don’t care. They are like, “I looked at the spreadsheet and you didn’t make enough, bye!” I don’t have any big solution, but I do think there are some things we can do as a country to make sure that everyone is doing ok.

You are very vocal about what you think and feel. What is your experience like in speaking your mind through your art about the state of the world?

It can be hard. It is similar to everything in this country right now. It is really polarizing. A lot of people do rally behind it and feel heard and seen and want to be supportive of it. And then there are a lot of people who get mad. I’m trying to think about what makes people empathize with each other. It is a different landscape than it was in 2017. When I put out Shame, I felt like it was a really important message to go out at the time. I felt like this needed to be said and there wasn’t a ton of political music happening at that time. I think people really appreciated that, if they felt like they needed to be heard in that way. I have had a lot of women reach out and say that album has been really helpful to them. That is super meaningful to me.

Now I feel like we have spent four years screaming at each other and everybody knows the sides. We know the talking points, like everything has been said a thousand times. When I was writing the material for this new album I was trying to get below that layer of shouting and work through stories and people. I think generally people can empathize and understand each other as humans. It is just that we get immediately triggered by certain talking points and shut down. I’m not trying to say, “Kumbaya, we are all one.” There are some serious problems. It is about wanting to reach people on an emotional level. It is hard to disagree with someone’s personal experience.

You have been an advocate for mental health and the power of art and music to help out in times of need. How does creating help with your mental health?

It is a necessity for me in terms of my mental health. Some people have strategic ways that they work on their writing and I think that is great. I should probably do it. But for me it has always been haphazard. I have a really strong feeling or a really strong push and then I need to write it down. It needs to get out. It is very therapeutic. There is something about being able to create something new that feels important. I’m essentially a little bit addicted to that. There is so much negativity and destruction and bad news all the time. For me, my anxiety lives in the global news and politics. That is what triggers me. People have different things that get them down but for me it is very much the state of the world.

Creating acts as a real counterbalance when I feel like I can put something beautiful into the world. Especially when I get to do that with a band and go record it and see it come to its full realized potential. It is such a magical feeling because you are actually creating something instead of tearing something down or watching something or someone being torn down. Playing live shows and having that connection and being able to be a part of that magical moment that happens with live music, I didn’t even realize how much it meant until we got to play the first show after the pandemic and I was like, “WOW, I feel like a piece of me has returned.”