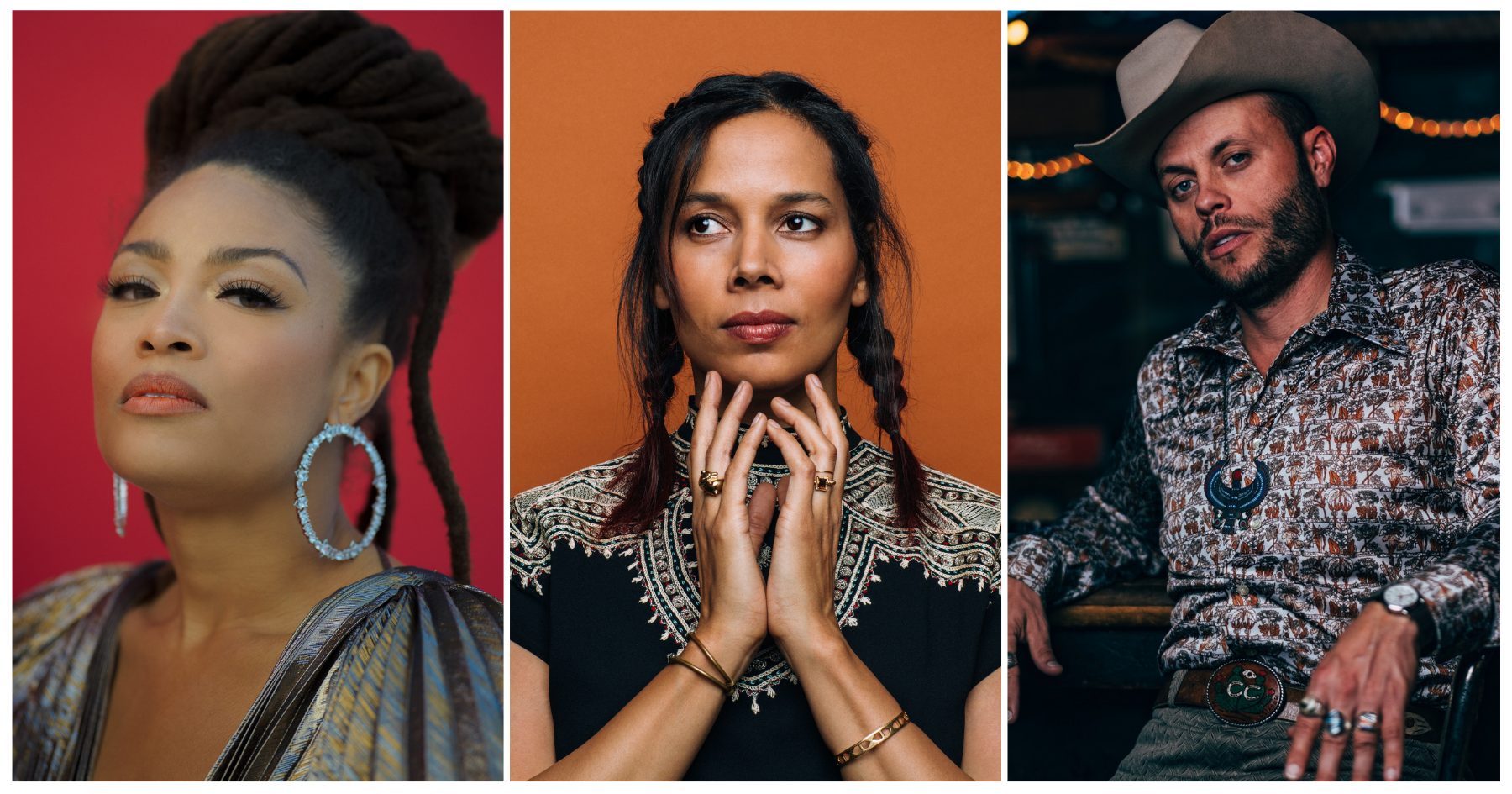 Welcome to the BGS Radio Hour! Since 2017, the Radio Hour has been our weekly recap of all the great music, new and old, featured on the pages of BGS. This week we’ve got music by Charley Crockett, Danny Barnes, Rhiannon Giddens, and more! Remember to check back every week for a new episode of the BGS Radio Hour.

Charley Crockett – “Lesson in Depression”
After Charley Crockett’s 2020 release, Welcome to Hard Times, we didn’t expect another great record so soon – but here we are! Crockett’s latest, Lil’ G.L. Presents: 10 For Slim Charley Crockett Sings James Hand, is a tribute to his hero, Texas’ James “Slim” Hand, who passed away in 2020.

New York City’s Reid Jenkins brings us a new single from his upcoming project, A Beautiful Start, due in April on Nettwerk. “Strange Lover” explores the tension between avoiding the unknown and being drawn in by the thrill of beauty and discovery.

The Golden Roses – “When I’m Gone”

John Mutchler of the Golden Roses wrote this song after visiting his grandfather’s neglected grave – but it’s more like the song was sent to him. “When I’m Gone” asks the question (while we’re still alive) of whether or not anyone will come and visit us when we’re gone.

This west-Tennessee born and Brooklyn-based artist is our March Artist of the Month here at BGS!

From Dripping Springs, Texas, Israel Nash joins us on a 5+5 this week – that is 5 questions, 5 songs. We talked with “Izz” about everything from nature to songwriting to the larger purpose of his career: to be inspired, create, and inspire others to create.

Andy Leftwich – “Through the East Gate”

The bluegrass world hasn’t heard much from Andy Leftwich since he left Ricky Skaggs & Kentucky Thunder several years back. The fiddler (and overall multi-instrumentalist) just signed a deal with Mountain Home Music Company, and this first single is an excellent sign of what’s still to come from Leftwich!

It’s been just over a week since the Grammy Awards, where so many deserving roots artists (and friends of BGS) were recognized for their work with multiple nominations. One who sticks out is Danny Barnes, formerly of the Bad Livers, whose 2020 album Man on Fire garnered a nomination for Best Bluegrass Album. BGS caught up with Barnes from his Northwestern home to talk about the record, his creative methods, and how he’s remained busy during the pandemic.

Drew Holcomb and the Neighbors – “I Need to Go Somewhere”

Drew Holcomb shares a sentiment that is familiar to us all – we need to go somewhere, just anywhere. As the world’s cabin fever continues to grow, the promises of warmer weather, vaccines, and brighter days are ahead. Continue to stay safe, until we can all join Holcomb on that journey.

From Southern California, Loiacono and Drake bring us a song in the spirit of the old heartbreak numbers by artists like Patti Page and the Everly Brothers. Their first duet, “San Felipe,” provided a platform for the writing and recording of “Bound to Fall.” It definitely seems they’re natural collaborators, here’s hoping they keep at it!

Jackson Scribner wrote this song in the front of his grandparents’ house that sits on County Rd 497. It’s about the things we have in our young life that feel like they’ll never go away – but as we get older, life changes, people and places come and go, and there’s never certainty of what comes next.

From their new album Heritage & Hope, family band Williamson Branch brings us a video this week for “Which Train,” a haunting tune about eternal decisions. The all-female harmonies drive that train feel, just like the lonesome whistle.

This spring brings about a second collaborative record from Rhiannon Giddens and Francisco Turrisi! The second single, “Waterbound,” is originally from the 1920s, but its lyrics are especially true for Giddens in this day and age, who has spent the pandemic in Ireland, looking across the Atlantic toward her North Carolina home.

An Indigenous singer-songwriter from Shawnee, OK, Samantha Crain brings us a song of her upcoming I Guess I Live Here Now EP. “That old traditional gospel song ‘This Little Light of Mine,’ it feels so childlike and so ancient and wise at the same time and it has such a calming effect on me,” Crain told BGS. “I wanted to incorporate that feeling of hope and lightness in with my lyrical explorations of mindfulness and fortitude in my own life.”

To end this week’s BGS Radio Hour, Abigail Dowd brings us a new single, written while living at various friends’ homes after a flood, while waiting on the city to buy and demolish her own home. Though those days sound bleak, in Dowd’s memory they are gifts of time, as she gives us a reminder to enjoy the moment, and have faith that a brighter day is always coming. There’s a mantra for your Tuesday!