Rob Baird Begins ‘After All’ With a Slow Burn 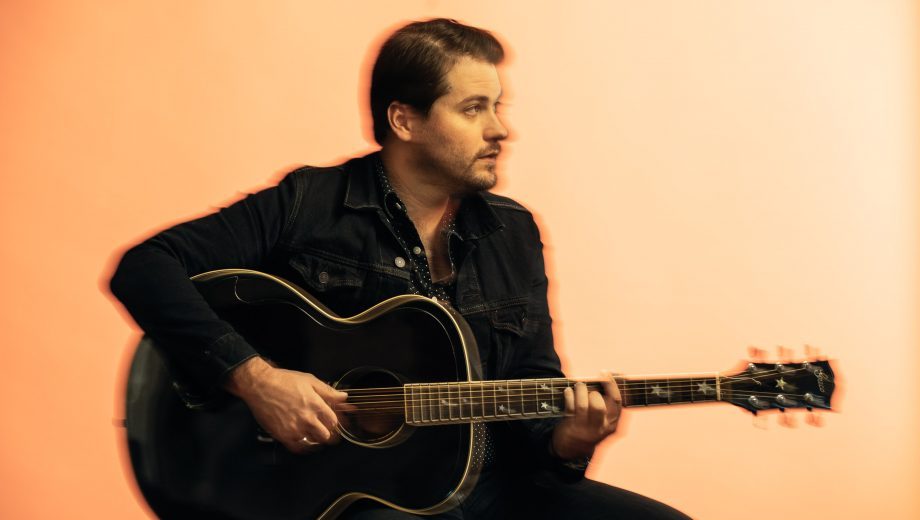 As a touring musician, Rob Baird has spent countless nights in roadside rooms, yet it was a boutique hotel in Austin, Texas, that inspired the songs on his newest album, After All. While getting his house redone in 2016, Baird hunkered down for a month in the Hotel San Jose, a stylish spot on South Congress that draws locals and tourists alike to its subdued courtyard and enticing cocktail list. That change of scenery happened to coincide with a whirlwind romance that didn’t last much beyond check-out time — though it did lead to a batch of new music.

During an interview in Nashville, Baird admits that his former flame asked for a copy of the album on vinyl, which Baird sent to her home in Los Angeles.

“She’s in the movie business and I wrote her a note that was like, ‘Like a movie, this is based on true events, but it’s not all factual, so don’t just like backhand me right now and try to kill me,’” he says with a grin. “You know, [this album] is about the feelings of like knowing something isn’t going to work out — or not necessarily. I mean, kind of doing something even though you know it’s going to fail, but then learning from it and hopefully finding perspective at the end of it.”

BGS: I’m guessing from this album title that all these songs are written after that relationship came to a close. How long did it take you to translate that experience into songs?

Baird: I had started writing it fairly quickly after that. It took about a year and a half to round this whole thing out, with pretty intense writing. This was the first time that I’d really spent so much time. I wrote everything like at the kitchen table at my house for the most part, a couple of trips here and there. But I really edited, like significantly went through everything. I mean, every word. It got to the point as a songwriter, I didn’t want to have anything to throw away.

It seems to me that the song “After All” sets the stage for the songs that follow it. Would you agree with that?

I think I wouldn’t advise starting a record out in every context with a more mellow statement piece, but in this case, it’s so different from anything I’ve done in the past. I think it sets the tone for the listener to be like, “Oh, okay, this is the world we’re diving into.”

My guitar player [Woodrow Morgan] and I drove down to Atlanta in the middle of all of this and played a gig at Eddie’s Attic. And ol’ Woodrow is very persistent in a good way. He’s great doing his job — a great Batman and Robin situation. We sequenced that thing on the way home that night, like at 3 a.m. from Atlanta, and had it written down. I write a lot of notes on blank envelopes for some reason. I’ve accidentally bought like ten thousand of them. It’s a great way to keep a note. I still have it somewhere on my desk.

How did you come to acquire ten thousand envelopes?

(laughs) I think I hit the wrong button on Amazon or something. I don’t even know. Too many envelopes.

Obviously these songs are so personal, but you teamed up with co-writers. So, do those guys tap into your experience when you’re writing? Or do you get some perspective from what they’ve gone through in order to tell the story?

Totally, man. It’s interesting. There’s really three co-writers here. One is my old producer, Brian Douglas Phillips, and we had something going that made sense. He’s just a great writer. There’s Dave Beck, who is from Sons of Fathers. I had randomly been running into him and he had this techno, like MGMT kind of band, called Blue Healer that I was kind of obsessed with for a while. He’s got an interesting personality. One day I went up to him and I was like, “Dude, we need to write some songs together.”

Mainly I think I wrote seven songs with this guy, Burleson Smith, who was living in a little back house that I now am renting out to people, but it all started with him. He was living back there in between houses. I don’t even know what he was doing. He’s in grad school at the University of Texas, went to school at Vanderbilt, worked for Politico, but has always kind of dabbled in songwriting.

He walked into my house one day and I was playing “I Tried.” He was like, “What the hell is that?” I was like, “I don’t know, you think it’s good?” Then it turned into, he would just come in and we started writing together. … He’s not necessarily in the music business or doesn’t even care to be. He helped me create my voice and he really is good at organization. I can sit there with the guitar all afternoon like, “Oh, we could do this, do it this way, or we can do this.” He’s like, “No, no, go do this, let’s organize.” That’s been a huge help.

I was going to ask you about the first line of “I Tried” where you say, “Making my way out of …

It’s an airport in Cameroon, apparently. (laughs) But it has nothing to do with it. … That’s been a big question. I went to downtown LA one time with her to see Gillian Welch and Dave Rawlings at the Ace Theater. There was something that happened that night that Downtown LA was kind of the thing. There was this French guy we hung out with, and became like the thing of conversation. So I guess the only person that would really pick up on that is her, which I love. And I love the mystery of it, too.

When did songwriting start to appeal to you? When did you get interested in trying that?

Man, I was at my parents’ house the other day, digging through my childhood or whatever. I started finding my old CD collection. Then all these old songbooks of songs I was learning, and there were like little scribbles from notes. I was always walking around as a kid singing songs in my head.

Then we started playing live, and my first band, as everyone’s is, is cover songs. My first year, I played with a bass player at this place called The Aardvark in Fort Worth. A bunch of people showed up. This was all college stuff. Then two weeks later, they’re like, “You want to come back?” Two weeks later I put together this band of ragtag brothers, the Christensen Brothers. One was on bass guitar and the other was on drums. But by then, two gigs in, I was like, this is cool to play other people’s songs, but I’ve got to write my own.

I would never want to start over at that. For the first 50 songs you’re like, “What am I saying?” But I got lucky and found some people around Fort Worth at the time that were grizzled songwriters that beat me up enough to know how to figure out. Like, “Dude, don’t do that! What are you doing?” You get help along the way. So, I was really lucky.

What did you study in college?

First I worked on ranches out in Wyoming and Mississippi and some parts of Tennessee. I wanted to make a dollar when I was like 14, so I had to start like doing something. What presented itself was I was pretty good at building fences for some reason. I don’t think I could do it now. Then I was decent at riding horses. I got kicked in the head by a horse three times when my cinch broke in Wyoming. Kind of dramatically altered my life plan. My aunt thinks that’s how I started playing music. It’s like, “Ever since he got kicked in the head….” (laughs)

That was probably 2005, right before I went to college. I went to school for ranch management. TCU [Texas Christian University] has the John D. Rockefeller School of Ranch Management. It’s really intense. It’s like a four-year program of these cowboys running around, but I started playing music and making a little bit of money.  And they were like, “You’ve got to do this artificial insemination class.” I’m like, “What does that involve?” They said, “You fit the whole glove…” and I’m like, “Okay, this music thing is really great.”

So, I ended up getting a degree in entrepreneurial management, doing business, which has really helped. It still took 10 years to figure out who I was and what to do with it. I think we’re getting better at that.